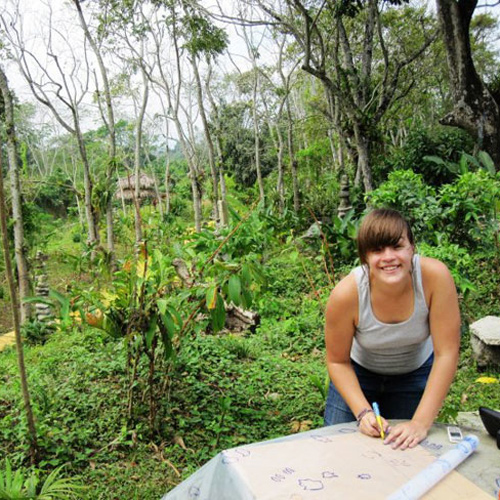 Kat Burdine '08 taught art and organized youth for OYE in Honduras this past year. Here she is working on an installation. "As many projects do, the Persian rug project came from a casual conversation and a 'what if' moment. I didn't realize the Persian rugs would become reality until I begin trying to hunt down materials for a 46" x 93" stencil in Honduran markets. After buying nine yards of industrial plastic there was no turning back."

"It became a five-color/four-layer stencil which consumed my nights and my friend's apartment. The day we began it was surreal because I was standing in one of the most beautiful places in the world painting with wonderful people. I could not have asked for anything more. We had to move quickly because rainy season was moving in on us but in three days we were able to finish 11 large rugs."

Kiel Mutschelknaus '07 in his first-ever Battle for the Arts at Club David in Sioux Falls takes the win!

Erin Toft '07 takes the win in the Battle for the Arts series at Club David in Sioux Falls. 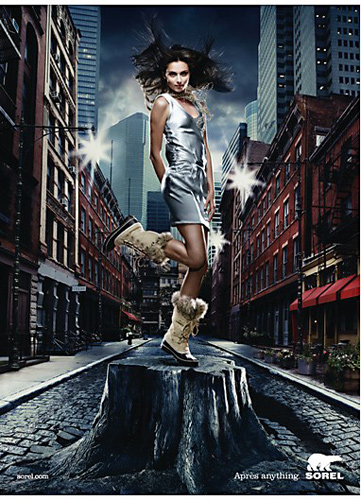 Carrie Ammermann '04 is an art director at the agency Butler, Shine, Stern & Partners (Sausalito, Calif.). She directed Sorel's current print ad campaign running in Vogue during the fall and winter of 2009-2010. The work is featured in a Communication Arts Exhibit online. 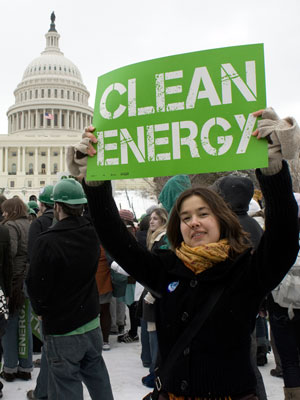 Art and chemistry major Jamie Horter was selected to join Expedition Copenhagen, a Midwest youth delegation that traveled to the international climate negotiations at the United Nations Framework Convention on Climate Change in Copenhagen, Denmark, and led by internationally renowned polar explorer Will Steger. 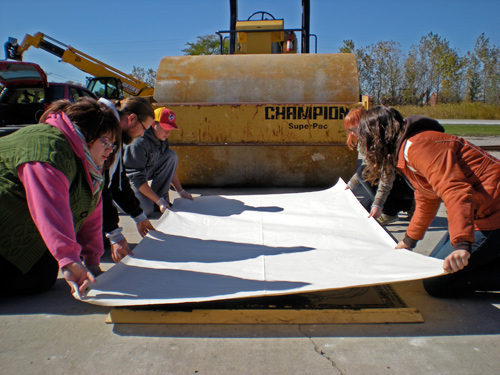 A group of Augustana printmakers, including Chad Nelson, Kayla Hathaway, Sarah Zobrist and Rachel Bakker, traveled to Ames, Iowa to print with April Katz and her Iowa State University relief printmaking class. A 22,000 pound steamroller was used to print the 4 x 8 foot blocks.