We celebrate the exhibition of our graduating seniors!

Augustana College’s graduating art students present their senior show, Now What? at the Eide/Dalrymple Gallery. On exhibit will be a wide variety of works including ceramics, sculptures, printmaking, paintings, drawings, digital photography and graphic design. 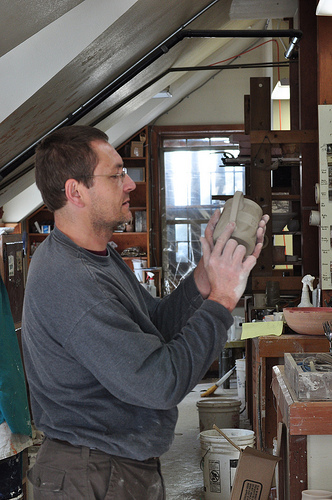 Artist and Pastor Dave Greenlund ’89 was featured in an issue of Living Lutheran. 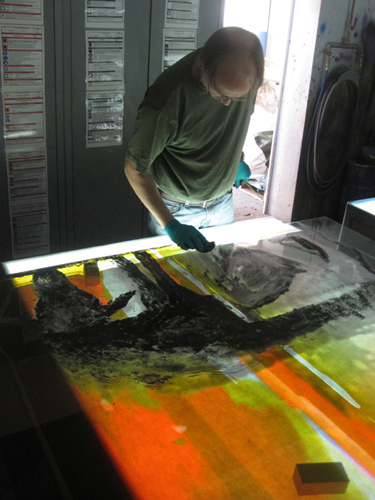 Internationally acclaimed printmaker Michael Goro visited the Augustana art department and presented his work in several classes, including an engraving workshop in printmaking. The juxtapositions of urban environments, architectural drawings and images from Old Masters serve as the basis for much of Goro’s imagery, reflecting his roots and upbringing in Soviet Russia. “My art is a continuous creative search for raw authenticity in urban environments and human forms that are constantly changing,” states Goro. 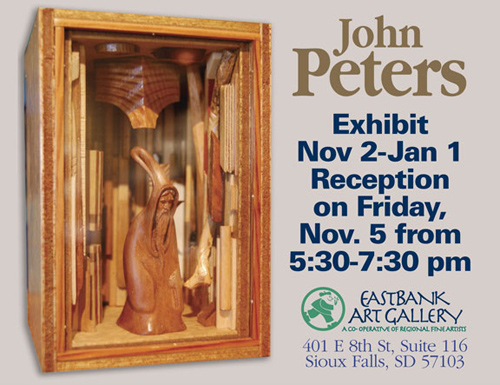 An Eastbank Art Gallery celebrated the work of Augustana art faculty member John Peters and over 100 postcard artists, including a number of our art majors. 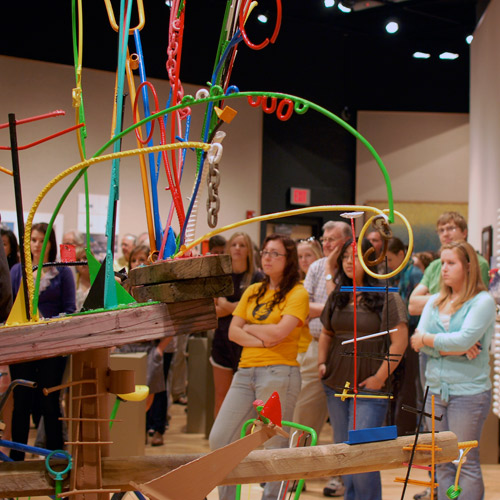 Then and Now Alumni Exhibition

Augustana welcomed back over 100 alumni whose work were presented in the exhibition “Then and Now” in celebration of the College's 150th year and Homecoming. Alumni in attendance represented every decade of art students from 1947–2009. Thanks to the daughters of Ogden Dalrymple for sponsoring the exhibition and to Sarah Zobrist ’11 for use of her photo.

Twelve Augustana printmaking students and graduates attended the opening of Aaron Horkey’s exhibition “Midwestern Heart” in his hometown of Windom, Minn. Thanks to Ben LaFond of Burlesque Design for use of the photo. See more of the exhibition.

Ninety ceramic works from the collection of Todd Thelen ’88 and Eric Dean were featured in an art show. 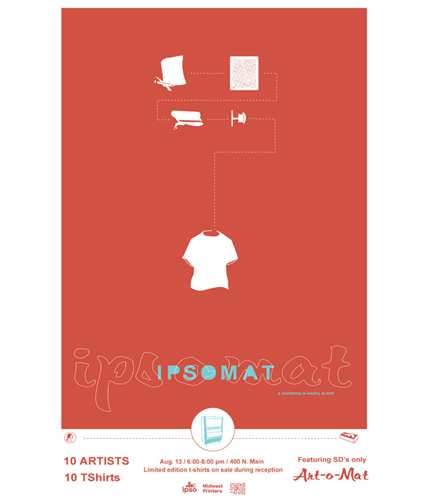 Four Augie alumni: Andrew Osborn, Kat Burdine, Nathan Holman and Audrey Stommes showed T-shirts at the “Ips-o-mat” opening at Ipso Gallery in Sioux Falls. This also marked the unveiling of South Dakota’s first Art-o-mat. The Art-o-mat is a vintage cigarette vending machine refurbished to sell art. Art-o-mats can be found all over the country including the Whitney Museum of American Art. Currently there are over 400 contributing artists from 10 different countries. 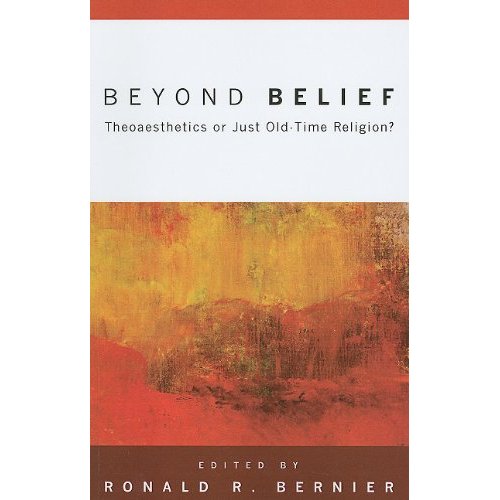 Beyond Belief: Theoaesthetics of Just Old-Time Religion? has just been published by Pickwick. Art professor Scott Parsons and Dr. David O’Hara (philosophy), co-authored a chapter based on the Capstone course they teach together entitled “Visual Culture and the Sacred: Creative Acts of Resistance and Redemption in Art, Film, and New Media.”