The Thomas Willing Institute for the Study of Financial Markets, Institutions, and Regulations (TWI, for short) was founded in 2010 with generous funding from the Nef Family Foundation, the Museum of American Finance, and Augustana University. Directed by Dr. Robert E. Wright, the Nef Family Chair of Political Economy at Augustana, TWI aims to increase public understanding of the financial system and its interactions with bureaucrats, businesses, consumers and politicians. 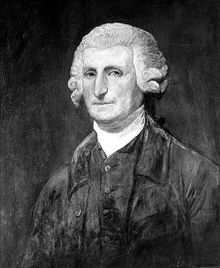 TWI’s mission is to increase financial history literacy by funding student summer research fellowships, working closely with other non-profit organizations, including the Museum of American Finance and the New Bedford Whaling Museum, to ensure the continued high quality of their educational outreach and financial history research programs, and supporting the director’s public speaking engagements.

Those interested in a more in-depth look at Willing can read the following items.

Remember how downtrodden you felt in 2008-9 when your father/mother/spouse lost his/her job? When you lost yours? When you had to explain to your kids that Santa Claus must have lost their toys en route from the North Pole? When you defaulted on your mortgage and lost your house, all because financiers and politicians fudged up their jobs?

Recall the anger you felt when almost all the big banks were about to fail, too, but the government stepped in to bail them out, using your money? When you realized that those in power understood even less about the financial crisis than you did but still got to call the shots in their own often bumbling way? When many Americans decided to gamble on inexperienced leaders offering vague promises?

If you don’t want to experience those feelings again, or to subject your children or grandchildren to them, you should study the history of the financial system and its interactions with the government. It’s a long story but not entirely sordid. As the Panic of 2008 showed, the financial system is a crucial component of economic growth: that means American’s jobs and standard of living. But as the crisis also showed, financial markets, institutions, and regulations — like any useful tool — can be turned to evil ends, into weapons of economic mass destruction.

As citizens of the worst nation on earth (besides all the others), Americans need to educate themselves about the financial system’s strengths and weaknesses, about its power to create, or destroy, all those things they hold dear.

That is why you should study financial history.

The Thomas Willing Institute (TWI) has awarded multiple student summer research and writing fellowships of $2,500 each.