Visionary faculty and a talented ensemble come together for an inspirational recording of “I Saw The Figure 5 In Gold” by James David released on Spotify and all major streaming platforms on Friday, March 20.

“I Saw The Figure 5 In Gold” is the first full scale recording between The Augustana Band and Augustana’s Studio 47. The recording, done in Augustana University’s Lillehaug Instrument Room, was led by Dr. Christopher Unger, director of bands and Dr. Peter Folliard, director of orchestras. The band — comprised of 44 students from all academic majors — is recognized as one of the finest concert organizations in the Midwest.
With crystal clear articulation and a rich display of musical colors, The Augustana Band achieves a wide-ranging set of moods throughout the recording. The performance is filled with emotion, with bold and expressive musical lines.
“I visited James David's website, found the work, listened to it and was taken by the color and musical language that he used,” said Unger.
The album was recorded, edited, mixed and mastered by Folliard in Augustana's Studio 47.
“After observing a number of successful projects coming out of Studio 47, I approached Dr. Folliard and pitched the idea of recording the work in the fall of 2019,” said Dr. Unger. “Dr. Folliard agreed to take on the project as producer and we began planning for the session.”
This was a special opportunity for undergraduate students to do a recording on this level and even more unique the opportunity for their work to reach a global audience.
“Not many schools offer the opportunity to do high quality, professional recordings, and we are really fortunate to know what it is like to be part of a project like this. It was a lot of work to prepare the piece and perform for 5 hours in a recording session, but it will be something we can cherish and share for the rest of our lives.” said Dana Levan ’20. “This recording, for me, has been a way to preserve friendships in the form of sound. Other people will hear the piece when they listen, but I will remember the experiences I had with my fellow student musicians and conductor throughout the preparation and performance of this piece.”
This piece will ultimately become part of an album of James David's music that The Augustana Band will record over the next two seasons. The ensemble will record their next installment titled Ghosts of the Old Year in the Fall Semester of 2020.
“Recording sessions are the best way for an artist and/or ensemble to really polish their skills, and then share those gifts with the world.  The recordings we've made, and the recordings yet to come create a legacy of excellence that we pursue at Augustana,” said Folliard.
“I Saw The Figure 5 In Gold” is now available on Spotify, Apple Music/iTunes, Amazon Music, YouTube Music and Google Play.

The Augustana Band: I Saw The Figure 5 In Gold 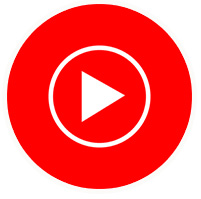 About Dr. Christopher Unger
Dr. Christopher Unger is the 5th conductor of the Augustana Band and began his tenure at the university in September 2015. Previously, Unger was the Interim Director of Bands at the University of British Columbia. Prior to his appointment at U.B.C., Dr. Unger served as the Assistant Conductor of both the Eastman Wind Orchestra and the Eastman Wind Ensemble. At Eastman, Dr. Unger was honoured with the Frederick Fennell Fellowship for Advanced Conducting Study, the Evan Whallon Conducting Award, and the prestigious Walter Hagen Conducting Prize. His role at Eastman provided him with the opportunity to act as a producer on the Eastman Wind Ensemble’s 2013 release on Avie Records titled Stravinsky-Octet/L’Histoire du Soldat. In addition to conducting the wind ensembles, Dr. Unger worked with the Brass Guild, the Trumpet Ensemble, and the Graduate Chamber Orchestra. He also was chosen to conduct a featured performance of Imis, by Massimo Luaricella, the 2011/2012 OSSIA International Composition Competition winner, with the Ossia New Music Ensemble. Recently, Dr. Unger won the American Prize in Conducting in the Wind Ensemble Division (2013).
Dr. Unger’s principal conducting teachers were Dr. Mark Scatterday and Dr. Colleen Richardson. He has attended a number of influential conducting symposiums where he worked with master wind conductors such as Donald Hunsberger, Frank Battisti, Charles Peltz, Michael Haithcock, Allan McMurray, Craig Kirchhoff, Michael Votta, Gary Hill, and Rodney Winther. He maintains professional affiliations with the College Band Directors National Association, the World Association of Symphonic Bands and Ensembles, and the Conductor’s Guild.
Dr. Unger received his D.M.A in conducting from the Eastman School of Music in 2013. Additionally, he holds degrees from the University of Western Ontario and the University of British Columbia.
About Dr. Peter Folliard
An award-winning conductor and educator, Dr. Peter J. Folliard has held conducting positions with the Rochester Philharmonic Orchestra and The United States Air Force Band and Symphony Orchestra, and taught at prestigious institutions including the Juilliard School, Eastman School of Music, Peabody Conservatory, and Crane School of Music.
Born and raised in northern New Jersey, Dr. Folliard holds undergraduate degrees in music education and instrumental performance from the University of North Texas; master’s degrees in instrumental performance and conducting from the Peabody Institute of Johns Hopkins University; and a doctor of musical arts degree in orchestral conducting from the Eastman School of Music.
As the director of orchestras at Augustana University in Sioux Falls, South Dakota, Dr. Folliard leads the Augustana Orchestra and Chamber Orchestra in the full spectrum of the orchestral repertoire.
For more information about Dr. Folliard, visit his website at www.peterjfolliard.com.