After completing his Ph.D. at the University of Texas in 2008, Dr. Cory Conover joined Augustana to teach about Latin American history, examining the people and forces that shaped places like Cuba, Mexico and Haiti. Dr. Conover's life-long fascination with this region started in college and he has lived in several Latin American countries and regularly visits —sometimes with students so that they can experience these places firsthand. Dr. Conover's academic studies particularly focus on the innerworkings of Catholicism and the heritage of Spanish control of the region. His research culled from ecclesiastical archives in Mexico City, Madrid and Rome went into his book Pious imperialism: Spanish rule and the cult of saints in Mexico City, 1590-1830, which is under contract with the University of New Mexico Press. Dr. Conover's latest project tackles morality of Catholic priests in the 17th and 18th centuries. 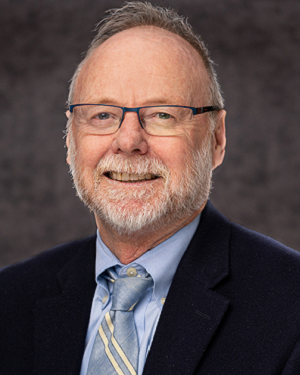 Michael J. Mullin, professor of history, received his Ph.D. from the University of California, Santa Barbara. Trained as a colonial historian, with a specialization in American Indian history, Dr. Mullin is currently Augustana University’s National Endowment for the Humanities Chair of Regional Heritage. Before coming to Augustana University, he taught at Westmont College and UCSB. His publications have appeared in a variety of journals — Early American Literature, American Indian Culture and Research Journal, Journal of American History, South Dakota History, American Indian Quarterly, Pennsylvania Magazine of History and Biography, and The Pacific Historical Review. He has contributed articles and chapters to an additional 13 books.  His most recent publication Science in the Service of the State, appeared in 2015. He is currently revising a monograph concerning the Shawnee Indians in the Seven Years War. In addition to his scholarship, Dr. Mullin twice received the Vernan and Mildred Niebuhr Faculty Excellence Award (1998, 2015), and held the Frederick C. Kohlmeyer Distinguished Professor Award in 2008.

Matthew Pehl earned his master's in art in history from Utah State University, where he served as the S. George Ellsworth editorial fellow at the Western Historical Quarterly. In 2009, he received his Ph.D. in American History from Brandeis University, where he was also the recipient of a Crown Fellowship. Dr. Pehl specializes in 20th century U.S. history, with a special interest in religion, race, gender, and working-class history. His book, The Making of Working-Class Religion, was published in 2016 by the University of Illinois Press. In 2015, Dr. Pehl was awarded the Jane and Charles Zoloudek Faculty Research Fellowship in support of his work on the South Dakota Commission on the Status of Women. Dr. Pehl serves as faculty adviser for the Phi Alpha Theta undergraduate honor society, and is the Coordinator for the major/minor in American Studies. In addition to teaching in the history department, Dr. Pehl teaches in both the Civitas and First-Year Seminar programs. Hear Dr. Pehl talk about his book. Read some of Dr. Pehl’s work on Academia.edu.

Margaret Preston, professor of history, received her Ph.D. from Boston College. She is a social and economic historian who also focuses on issues of gender in modern Ireland, Britain and India. Published in 2004, her book: Charitable Words: Gentlewomen, Social Control, and the Language of Charity in 19th Century Dublin, focuses upon the intersections of race, gender, class and social control within the language of charity. She is co-editor of Gender, Medicine and the State in Ireland, 1750-1963 with Margaret Ó hÓgartaigh (2012) and has also looked at the role of Irish women in the Dakotas. In 2011, Preston published A Journey of Faith a destination of Excellence: Avera McKennan Hospital’s First Century of Caring, the centennial history of Avera McKennan Hospital. Preston teaches courses on modern Europe, Ireland, World War I and "Western Civilization." Preston received the ASA 2011-12 Faculty Recognition Award, was one of two recipients of the Jane and Charles Zaloudek Faculty Research Fellowship in 2012 and held the Frederick C. Kohlmeyer Distinguished Teaching Professorship from 2014-2016. 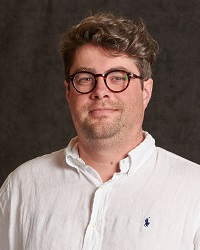 John was born and raised in Sioux Falls and received his primary and secondary education in the local Catholic school system. He received a BA in History and Spanish at Southern Oregon University in Ashland. He earned a Master’s Degree in the Social Sciences at the University of Chicago, and then pursued and completed his doctorate in History at Florida International University in Miami in 2016. John’s doctoral research investigated the overlapping colonial histories of Spanish and North America in the making of the city of Miami. His work broadly concerns cultural history, and his dissertation thematic addresses issues of environmental change, architecture, the technology of flight, and migration. He places emphasis on the significance of transnational historical approaches to his work, informed by study in both Latin American and U.S. historiographies. His dissertation, The Viceroyalty of Miami: Colonial Nostalgia and the Making of an Imperial City, received institutional and financial support from FIU and the Digital Library of the Caribbean, and he is revising his dissertation in preparation for submission as a book manuscript. John teaches the history of Western Civilization at Augustana as a Visiting Instructor.

Dr. Robert Wright, who joined the Augustana faculty in the fall of 2009 as the inaugural Nef Family Chair of Political Economy, helps instruct on business, economics, history and government for the College.