The following faculty awards were presented at Commencement on Saturday, May 19:

The Frederick C. Kohlmeyer Distinguished Teaching Professorship was presented to Professor of Art Steve Thomas. Dr. Kohlmeyer, through a gift to Augustana upon his death in 1990, established this distinguished professorship to recognize and to reward outstanding teaching. The recipient receives a summer stipend of $5,000 for each of the two years of the award. Thomas earned his bachelor's degree from Augustana (1980) and has a Master of Fine Art from the University of South Dakota. He has done continued studies at the University of Minnesota and in Italy and has taught sculpture in France and Great Britain. He has a passion for art education and the development of creating thinking skills in children. Steve has public art works in Sioux Falls and throughout the region. He is a recipient of the Sioux Falls Mayor's Award in the Arts and has been a member of the Sioux Falls Board of Parks and Recreation for over ten years. Thomas also oversees the pre-architecture program within the art department. 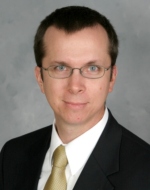 The Vernon and Mildred Niebuhr Faculty Excellence Award was presented to Dr. David O’Hara, associate professor of philosophy and classics. The Vernon and Mildred Niebuhr Faculty Excellence Award was established to provide an annual award to recognize excellence in teaching. The winner is chosen for brilliance in the classroom. O’Hara specializes in Ancient Philosophy (Plato), American Philosophy (Charles Peirce), and Philosophy of Religion.  He is the author of a number of articles and book chapters.  His most recent book is "Narnia and the Fields of Arbol: The Environmental Vision of C.S. Lewis" (U. P. Kentucky, 2008).  He is currently preparing an edited volume of the Religious Writings of American philosopher Charles S. Peirce.  Dr. O'Hara is a graduate of Middlebury College (B.A., Spanish), St John's College (M.A., Liberal Arts), and The Pennsylvania State University (M.A., Ph.D., Philosophy).

The Jane and Charles Zaloudek Faculty Research Fellowship was presented to Dr. Margaret Preston, associate professor and chair of the History department, and Dr. Rocki Wentzel, assistant professor of classics. The Zaloudek Faculty Research Fellowship was established in 2007 by Jane Hemmel Zaloudek and Dr. Charles Zaloudek to provide an annual fellowship to support research by a member of the Augustana faculty. The purpose of the fellowship is to support with a $5,000 stipend, faculty scholarship that extends the scope of research beyond the normal confines of the classroom.

Preston earned her Ph.D. from Boston College in 1999. Published in 2004, her book "Charitable Words: Gentlewomen, Social Control and the Language of Charity in Nineteenth-Century Dublin" focused on the intersections of race, gender, class and social control within the language of charity. Her research has been published in The Historian, Eire-Ireland and New Hibernia Review. Most recently, she authored "A Journey of Faith, A Destination of Excellence: Avera McKennan Hospital’s First Century of Caring,” in observance of the hospital's centennial.

Wentzel joined Augustana in 2008 and teaches ancient Greek, Latin, and classics courses, such as mythology and drama, that utilize texts in translation. She taught for a year at The Ohio State University, where she also earned her Ph.D. Her dissertation was on the reception of Virgil’s Aeneid in Augustine’s Confessions. Her areas interests include gift theory, desire, and gender.

The following faculty awards were presented at the close of the 2011-12 academic year:

Dr. Jennifer Gubbels, assistant professor of biology, has been named the recipient of the 2012 Carol Bland Cultivating Faculty Excellence Award.

Established in 2009 and named to honor the life and work of Carole Bland, longtime Board of Trustee member, alumna and great friend of the College, the award provides funding for research to help create and sustain a culture of inquiry about teaching and learning at Augustana College. The award focuses on an aspect of cultivating excellence in teaching, and the intersection between research or creative work and classroom teaching.  Previous recipients were Dr. John Pennington, 2009; Dr. Harry Thompson and Dr. Ann Pederson, 2010; and Dr. Darcie Rives-East and Dr. Olivia Lima, 2011. The award comes with a $5,000 honorarium.

Gubbels teaches introductory biology, human physiology, general physiology, and immunology. Her research focuses on mechanisms of metastasis and immune escape in epithelial ovarian cancer. She earned her bachelor’s degree in biological research from Loras College in Dubuque, Iowa, and her Ph.D. in endocrinology and reproductive physiology from the University of Wisconsin-Madison.

Jaciel Keltgen, assistant professor of business administration, and Dr. John Pennington, professor of music, have been named recipients of the 2012 Global Education Awards.

The awards are designed to encourage faculty to enhance a course’s global and international aspects.

Keltgen earned her undergraduate and master's degrees from SDSU. Prior to joining Augustana, she worked in government, journalism and market research. She served as director of research, press secretary and lobbyist for two South Dakota attorneys general, and worked at the Argus Leader in various reporting and editing positions. Her marketing credits also include three years as director of marketing at the University of Sioux Falls as well as conducting market research for an international wholesale company and working as creative director for a local advertising agency. In addition to teaching marketing, Keltgen is also the president of her marketing firm, Jaciel Keltgen and Associates, and she specializes in health care marketing and admissions marketing for private colleges, universities and seminaries. She has won state and national advertising awards for her work.

Pennington is an orchestral percussionist, who currently performs with the South Dakota Symphony and the Music in the Mountains Music Festival Orchestra. He also serves as a cultural envoy for the State Department in the Middle East (most recently Lebanon), where he presents concerts, clinics and masterclasses.

With more than 30 recordings to date, he has recorded for the Ensemble 21, Summit, Cristo, OCP, and Equilibrium labels. Recent recording releases include: Brasileirinho, South American Music for Guitar and Percussion (co-produced composed and arranged, 2010), Steps (co-produced composed and arranged,  2008), Music for Trumpet and Percussion with Stephen Dunn, Lou Harrison, American Gamelan (produced, conducted and performed,  2007), Compassionate and Wise (co-produced, composed and performed,  2006, Equilibrium Press). With performances on four continents and over twenty-five states, he has performed on “Prairie Home Companion” and has been a featured performer at three Percussive Arts Society International Conventions.

Active as a composer and arranger, Pennington has more than 25 compositions for soloist, duo, chamber and films and dozens of arrangements for numerous instrumental and vocal combinations. Extensive studies in world music have included experience in African, Middle Eastern, Indonesian, Cuban and the South Indian Karnatak tradition. He recently studied the Northern Hindustani tradition of music in Haridwar and Delhi, India and the Javanese and Balinese traditions of Indonesia.

In addition to his role at Augustana, Pennington also serves as the artistic director for the Animas Music Festival in Durango, Colo. He holds degrees from the University of Michigan, Arizona, and Arizona State.