An op-ed  in "Echoes," the business history blog of Bloomberg View, by Dr. Robert Wright, Nef Family Chair of Political Economy and director of the Thomas Willing Institute at Augustana, argues that since its earliest days, the history of the NYSE has been characterized by competition and consolidation. Its history, Wright argues, suggests that financial exchanges respond to evolving economic conditions like any other industry, and that bigger often isn’t better.

The NYSE’s Long History of Mergers and Rivalries
By Dr. Robert Wright

The recent announcement that Wall Street’s most iconic institution, the New York Stock Exchange, would be acquired by Atlanta-based IntercontinentalExchange Inc. (ICE) seemed weighted with symbolism.

For one thing, it represented another marker in the decline of New York City as the center of global finance. It also suggested that the world of trading and exchanges was entering a uniquely modern age of technology-driven consolidation. You may recall, for example, the mergers that the NYSE conducted with Archipelago Holdings Inc. (2006), Euronext NV (2007) and the American Stock Exchange (2008).

Since the NYSE (then called the Stock and Exchange Board) first merged with another exchange shortly after the Civil War, its history has always been characterized by competition and consolidation. It suggests that financial exchanges respond to evolving economic conditions like any other industry, and that bigger often isn’t better. 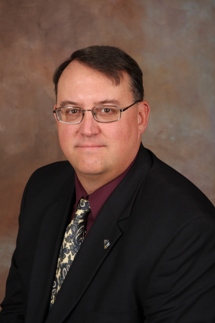 The first local rival of the NYSE, the New Board, was formed in 1835 in response to an economic boom and the formation of the first railroad corporations. The NYSE, which traditionally ran only one call session a day, quickly responded to the new competition by adding a second daily opportunity to buy or sell securities. After the New Board’s brokers were crushed by the Panic of 1837 and the subsequent recession, the exchange faded until finally folding in 1848. (“Curb” or “outside” trading -- in which brokers and dealers traded directly with each other in the street near the exchange -- maintained a modest foothold not relinquished until the NYSE co- opted curb brokers in the early 20th century.)

In 1864, the Open Board of Stock Brokers was established to profit from the economic and investment boom sparked by the Civil War. The Open Board soon rivaled the NYSE in membership (354 to the NYSE’s 533) because it used a more modern, continuous trading system superior to the NYSE’s twice-daily call sessions.

The two exchanges merged in 1869. In addition to increasing the number of NYSE members, this merger increased trading volume in an era when several dozen regional exchanges were also competing with the NYSE for customers. Buyers, sellers and dealers all wanted to complete transactions as quickly and cheaply as technologically possible and that meant finding the markets with the most trading, or the greatest liquidity in today’s parlance.

Minimizing competition was essential to keep a large number of orders flowing, and the merger helped the NYSE to maintain its reputation for providing superior liquidity. As L.W. Hamilton & Co., a New York broker, put it in 1875: “The Stock Exchange, with its enormous daily transactions, affords to institutions and private investors a regular market for buying and selling securities. It gives at all times to their bonds and stocks a definite price, at which they can be turned into money at a moment’s notice.”

The crucial importance of volume to maintaining the viability of exchanges also explains the long rivalry between the NYSE and the Consolidated Stock and Petroleum Exchange.

Established by merger in 1885 and dubbed “the Little Board,” the Consolidated Exchange averaged less than a quarter of the NYSE’s volume over its almost 40-year existence. After an agreement broke down between the NYSE and one of the Consolidated Exchange’s antecedent companies to trade only newer and more speculative petroleum and mining stocks -- and not the NYSE’s bread-and-butter railroad securities -- competition between the two exchanges forced bid-ask spreads to narrow by more than 10 percent. In the words of the New York Times on Dec. 31, 1905, “ever since there has been an intense rivalry between the two institutions.”

That rivalry peaked in 1909 when the NYSE tried to remove its tickers from the Consolidated Exchange, which relied on the Big Board for price discovery. Thwarted by the courts, the NYSE vowed to drive the Consolidated Exchange out of business. It eventually succeeded by vigorously enforcing a resolution designed, in the words of NYSE President James B. Mabon, “to prevent a man who is a member of another exchange from doing any business at all, and to drive him out of business.”

Although the Consolidated Exchange continued to “prosper after a fashion” (as the New York Times put it) and enjoyed a banner year in 1922, the quality of its member brokerages deteriorated. In 1926, its “somewhat checkered” career ended due to a series of scandalous brokerage failures that implicated its president, William S. Silkworth.

The crucial importance of volume to exchanges has led some finance scholars to suggest that only regulators stand between investors and a single global superexchange. Rumors that CME Group Inc. (CME) will now move to acquire Nasdaq OMX Group Inc. (NDAQ), for instance, bolster such fears. But business historians know better. Rather than exhibiting a trend of constant consolidation, the number of exchanges active across the globe has waxed and waned several times over the past 200 years.

During periods of heightened regulation, political turmoil or communication advances, exchanges tend to fail or merge. Economic prosperity, increased financial speculation and high levels of market uncertainty, by contrast, drive new entries. Investors don’t always need more liquidity -- they need sufficient liquidity provided at the lowest possible cost. Size can drive down costs but, as the NYSE learned in 1869 and during the Internet revolution, so can innovative approaches to trading.

In short, exchanges, like other industries, must achieve minimum efficient scale to remain viable, but bigger isn’t better if size impedes innovation. So look for continued consolidation in the exchange business. But also look for signs of one merger too far.

(Robert E. Wright is the Nef Family Chair of Political Economy at Augustana College  and the author of numerous books, including, with David Cowen, “Financial Founding Fathers: The Men Who Made America Rich.” The opinions expressed are his own.)