Augustana alumnus and Sioux Falls native David Lillehaug, class of 1976, a Minneapolis attorney and former U.S. attorney for Minnesota, was appointed by Minnesota Gov. Mark Dayton on Tuesday, March 26, to fill the upcoming vacancy on the Minnesota Supreme Court.

Lillehaug will replace Justice Paul Anderson, who will reach the mandatory retirement age of 70 in May.

In announcing the selection, Gov. Dayton, according to news reports, described Lillehaug as “one of the most brilliant minds I have ever encountered.” 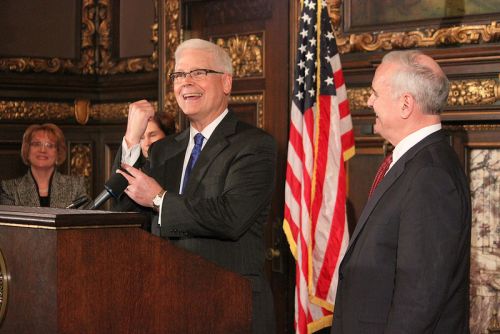