Together with their professors, Augustana's newest Vikings — the Class of 2021 — witnessed the official opening of the 2017-18 academic year on Tuesday at the Opening Convocation ceremony. The event marked the beginning of the University's 157th academic year and was held on campus in the Elmen Center.

The 2017 Sophomore Honors Award recipients are: 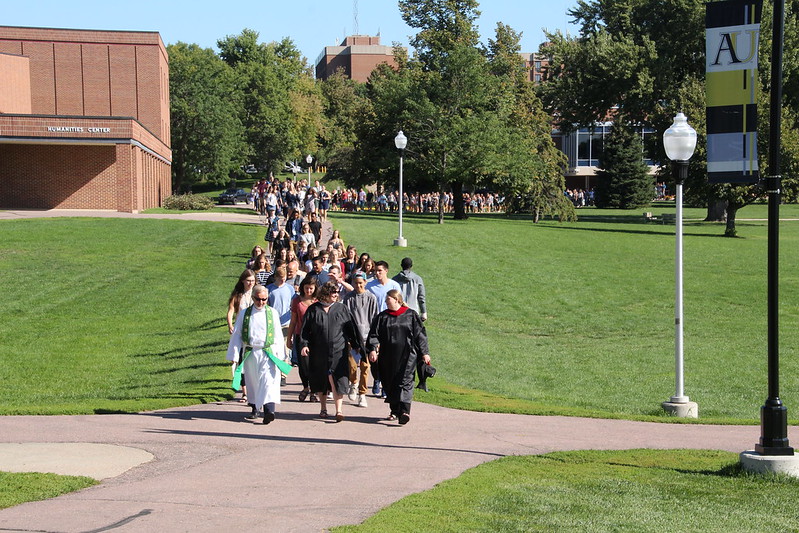