AU to Recognize Alumni for Achievement in the Arts

Augustana will honor five alumni for excellence and achievement in the performing and visual arts over Viking Days weekend.

The 2018 Arts Hall of Fame awards will be presented during the Command Performance on Friday, Oct. 20, at the Washington Pavilion.

A music major, Becker sang in the choir and played with the Northlanders Jazz Ensemble during his time at Augustana. He went on to earn a master’s degree in music from the University of St. Thomas and has additional post-graduate studies at Hamline University and the University of Minnesota.

Becker served for thirty-three years as a choral director in Minnesota Public Schools. He served as Minnesota State President of the American Choral Directors Association and as Divisional President for the six-state North Central Division. Becker currently serves as the Executive Director of the Minnesota American Choral Director's Association, a position he's held since 2009. He is the 2007 recipient of the F. Melius Christiansen Lifetime Achievement Award in addition to many local, state and national awards.

Becker has served as a church musician in numerous Midwestern congregations. He currently holds the position of Director of Music at the 10,000-member Prince of Peace Lutheran Church in Burnsville, Minnesota. 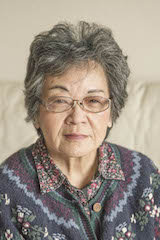 After graduating with a music degree (piano performance) from Augustana in 1961, Rantapaa attended graduate school at the University of Minnesota in Minneapolis. She received her M.A. in Musicology and Piano Performance in 1964.

Rantapaa had a very rewarding career in teaching piano in St. Paul, Minnesota, with many of her students receiving state competitions each and every year. Intrigued with learning more about the Suzuki Method of Talent Education, she traveled to Matsumoto, Japan, to study with the master of this method, Haruko Kataoka. Rantapaa shared this method with her students and scores of piano teachers in Minnesota through the years.

Rantapaa moved to Spearfish, S.D., in 2006 where she made yet another name for herself and her studio of outstanding young musicians. She is now retired and lives near her son in California. 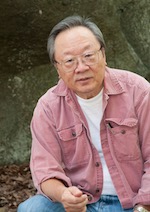 Sam Wang was born in Beijing, China, and grew up in Hong Kong. His father was a Lutheran pastor and he came to the U.S. to study at the Lutheran Bible Institute in Minneapolis before joining his sister at Augustana. Wang’s work led him to receive the Spitznagel Medal during his junior year. He pursued graduate work in painting, but quickly changed his concentration and received an M.F.A. in photography from the University of Iowa in 1966. He then began a 40-year teaching career at Clemson University (Clemson, S.C.), where he taught photography, art with computer, and helped create the Digital Production Arts program that prepares students for the animation industry. He retired as Alumni Distinguished Professor of Art in 2006.

In 2013, Wang taught digital photography at the Nanjing University of the Arts, in Nanjing, China, during his sabbatical leave. There, he developed friendships with colleagues with whom he has been collaborating on numerous educational projects. He also met Yu Xin, his wife, in Nanjing, and they both have been traveling back and forth between their Nanjing and Clemson homes. 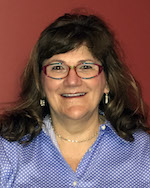 During her Augustana years, Edwards completed all the requirements of a Speech/Drama and Communications major — acting, directing, costuming, lighting — but her love of all things “backstage” still stands as her mark on Augie Theatre. As the 1975 recipient of the “Augustana Theatre Gremlin Award,” Edwards is in AU's theatre history books as one who “did it all” and made each and every production work, regardless of who got the credit.

Edwards moved to the Twin Cities following graduation and, for 11 years, worked as an Account Executive at Katz Continental (television advertising) before raising her two boys and becoming, by Minnesota standards, a “volunteer extraordinaire.” She has been honored by the Edina Public Schools and other organizations for her efforts. Nikki was named the 2010 Adult Volunteer of the Year for the Care Providers of Minnesota, representing more than 500 care facilities for severe and persistent mental illness across the state.

Edwards served on the Augustana Alumni Council and, in addition to being a Super Bowl 2018 volunteer, she enjoys her time as an award-winning customer service representative in the welcome centers at the Minneapolis-St. Paul International Airport. 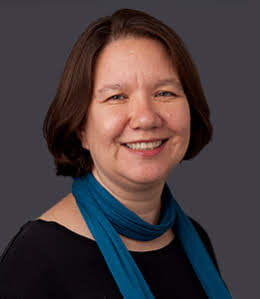 Janice Pohl is director of theatre at Elmhurst College (Illinois) and an associate professor in the Department of Communication Arts and Sciences. She is a director and theatre generalist whose production work includes a focus on costume design and technology. Pohl received her M.F.A. in theatre/directing from the University of Illinois at Urbana-Champaign.

In 2014, Pohl received the Illinois Theatre Association’s “Award of Excellence in College/University Theatre,” where they cited her significant contributions of promoting quality theatre throughout the state of Illinois.

Pohl has done directing work with grassroots and community theatre companies in the Midwest and on the East Coast. Her research interests include theatre education and interdisciplinary work in the Humanities. She has also served as director and instructor for young people’s drama programs in Maine and in the Midwest.