Five students were recognized for their exemplary commitment to the values of Christian faith, the liberal arts, academic excellence, community and service, respectively, at Augustana’s Covenant Award ceremony, held earlier tonight on campus. The ceremony was the culminating event of Verdier 2015, a week-long celebration of the core values that serve as the foundation for Augustana’s academic and student life programs.

A significant tradition at Augustana, the Covenant Awards are named in honor of each of the College’s five core values: Christian, Liberal Arts, Excellence, Community and Service. A committee of faculty and staff review nominations from the entire campus community.

The 2015 Covenant Award recipients are: 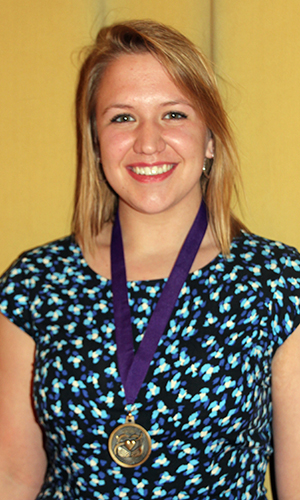 Nominees for the Covenant Award for Christian Faith are those who, during their time at Augustana, have searched for a calling that honors the Christian faith; who actively integrate faith and actions; who see their life journey as part of a bigger tapestry; who are growing in faith with Christ; and who are comfortable discussing their faith with others.

In receiving this award, Berndt was described by her nominators as someone who “expresses her Christian faith in powerful ways.”

“Elisa lives a dynamic, thoughtful, open, and energetic Christian faith,” her nominator wrote. “She has a very mature Christian faith and is passionate about people and their needs which has been shown through her work on sexual violence on college campuses. She has shown how to put her faith into action. Elisa has been accepted by two ELCA seminaries as she prepares to become a hospital or gerontology chaplain.”

Berndt is a religion and psychology major from Baltic, South Dakota. She is the daughter of Mark and Julie Berndt. 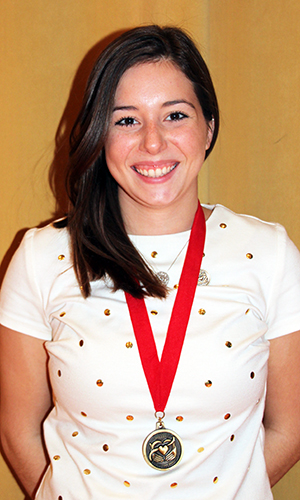 In receiving this award, Fisher was described by her nominators as someone whose “passion is nothing short of amazing.”

A 2014 Peace Scholar and a member of Civitas, Augustana’s honors program, Fisher’s work studying education in India is an example of the “professionalism and passion with which she approaches every aspect of scholarship and work,” her nominator wrote.

Fisher is an art and education major from Montgomery, Minnesota. She is the daughter of Rebecca Carson and James Fisher. 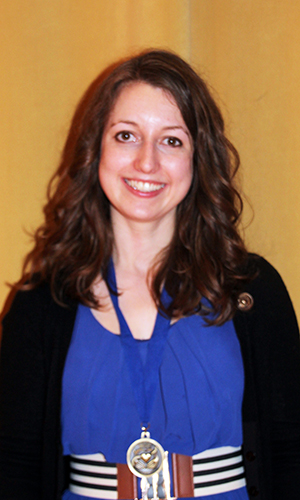 In receiving this award, Raposa was described by her nominators as someone who “has shown her excellence in setting high standards for herself and for others.”

A member of Civitas, Raposa also serves as editor of the Mirror, the Augustana student newspaper. Earlier this year, she was named a collegiate correspondent for USA Today.

“Her stellar work in class, her drive for success, her involvement in the arts and her church, and her maturity all reinforce the strong belief that this student’s career at Augustana personifies any and every definition of excellence,” her nominators wrote.

Raposa is a journalism and communications/business administration major from Rapid City, South Dakota. She is the daughter of Susan and Richard Raposa. 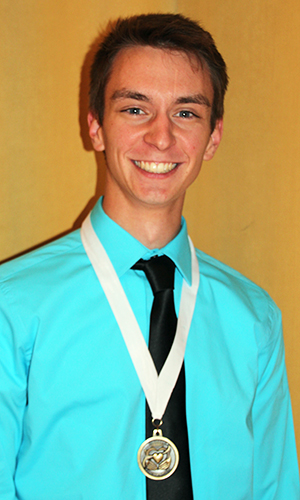 Nominees for the Covenant Award for Community are described as those who have demonstrated and fostered respect for others; who act as a leader, earning the respect of others; have left a mark on the campus and broader communities; and whose commitment to community has shaped their plans for the future.

In receiving this award, Elness, was described by his nominators as someone who “has truly embraced what it means to live in community and has worked to unite the Augustana community as a whole.”

“He is willing to lead his peers on all important issues and has proven to take on even the most difficult topics, specifically the It’s On Us Campaign against sexual assault on college campuses. His efforts have helped to begin a conversation and movement of creating a safe and open community on campus,” his nominator wrote.

Elness is a communication studies/business and government major from Windom, Minnesota. He is the son of Kent and Tera Elness. 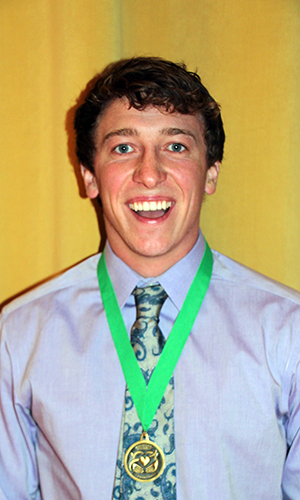 In receiving this award, Shaull was described by his nominators as someone who is “enthusiastically dedicated to providing service in any way that he can.”

Last summer, Shaull led the effort to form Augie Big Ideas, a student-led group currently working with a local nonprofit to build a home near campus for a family in need.

He has pursued “not only service opportunities within the Augie community, but has taken their love of service beyond the Augie walls," his nominator wrote. "He has volunteered at the St. Francis House, the Avera McKennan Hospital emergency room and has also  spent the past three years visiting and aiding in the care of Compassionate Care Hospice patients. This student truly embodies the core value of service that we all hold so dear.”

Shaull is a biology major from Tea, South Dakota. He is the son of Randy and Mari Shaull.