Iconic GSC Dioramas to be on Display at Prehistoric Indian Village 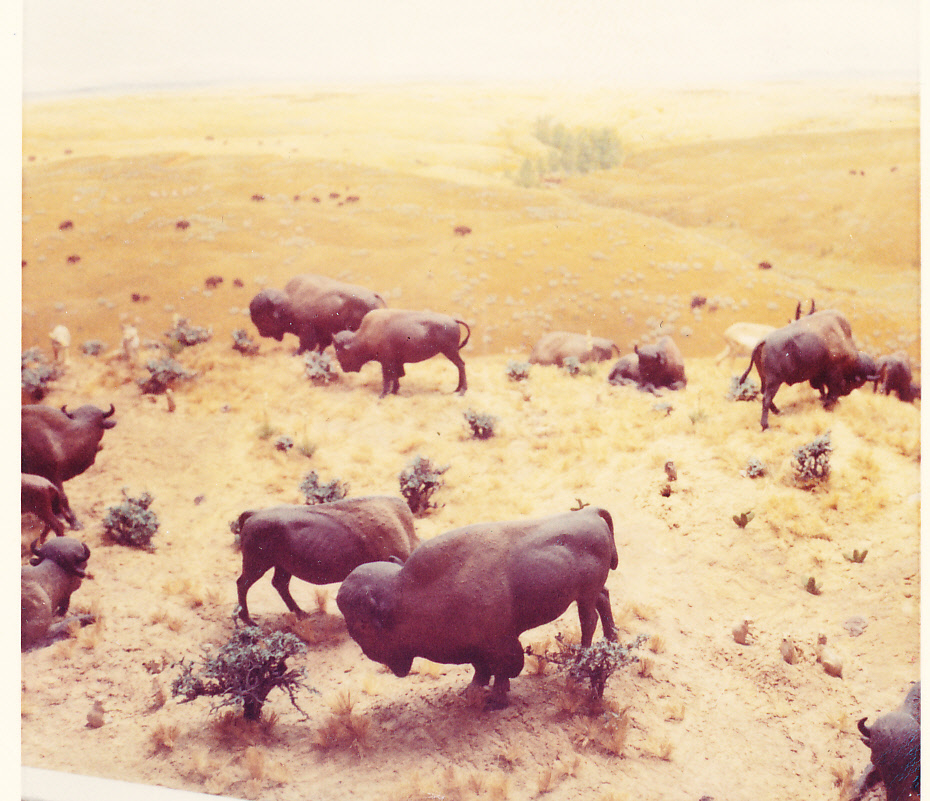 Originally located in the GSC entryway, the dioramas will now reside inside the Boehnen Museum at the Prehistoric Indian Village in Mitchell, South Dakota. Beginning later this summer, they’ll be on permanent display for public viewing. View photos from the move.

Created in the mid-1960s, the 500-pound dioramas depict various aspects of South Dakota ecology. Famed animal sculptor Louis Paul Jonas created the bison and antelope figures, while the backgrounds were painted by Wayne Trimm, a 1948 Augustana alumnus who worked as a staff artist for the New York Conservation Department.

Dr. Adrien Hannus, professor of anthropology at Augustana, and John Peters, coordinator of Augustana’s Eide/Dalrymple Gallery, led the diorama removal project, a delicate endeavor which involved removing a wall and dismantling footing underneath each piece.

Hannus said it’s exciting to know the dioramas will have a permanent home at the Prehistoric Indian Village, a national historic landmark and an organization whose mission is to promote an understanding of the first human inhabitants of this region and to lead research and scholarship as the only archeological site in the state open to the public.

Augustana students, along with students from the University of Exeter in the United Kingdom, also study and do field research at the site each summer.

“The Mitchell site seeks to capture a sense of what the landscape and vegetation was like when these people where moving out onto the grasslands – to really show what they would've encountered,” Hannus said. “These dioramas are perfect – they show woodlands, grasslands, and badlands. They’re perfect for showing the physiographic providence that people would've seen when they came here to create these village sites.”

“They’re extraordinarily well done, and they'll be perfect to show what prehistoric peoples encountered,” he said.

As the dioramas settle into their new home, construction on the Froiland Science Complex, a two-part project featuring a complete renovation of the existing Gilbert Science Center and a new 41,000-square-foot addition, is expected to reach new milestones over the next month, including the completion steel work and the link between the north wing and the new addition along with glass installation.

One diorama depicts a typical valley in the west central Black Hills of South Dakota. The actual location is west of Deerfield in the Castle Creek Drainage. According to a plaque inside GSC, it features “two of the best known game animals of the continent – the American Wapiti or Elk, Cervus Canadensis and the Mule Deer, Odocoileus Hemionus.”

The second diorama depicts a “typical plant and animal community emphasizing two of North America’s endemic large mammals as they once occurred in Western South Dakota – the American Bison or 'Buffalo,' Bison Bison, and the Pronghorn or American 'Antelope,' Antilocapra Americana. The background is taken from a South Dakota High Plains area near the White River Badlands.”

The third diorama “depicts the Missouri River in South Dakota prior to the construction of the great dams. The location is an area west of what is now Running Water, South Dakota, where the river bends southeast several miles below Fort Randall Dam.” It features “massive concentrations of migratory waterfowl … as they occurred along our once great river. The flights consisted predominantly of the Canada Goose, Branta Canadensis, Mallard, Anas Platyrhynchos, and Pintail, Anas Acuta.” 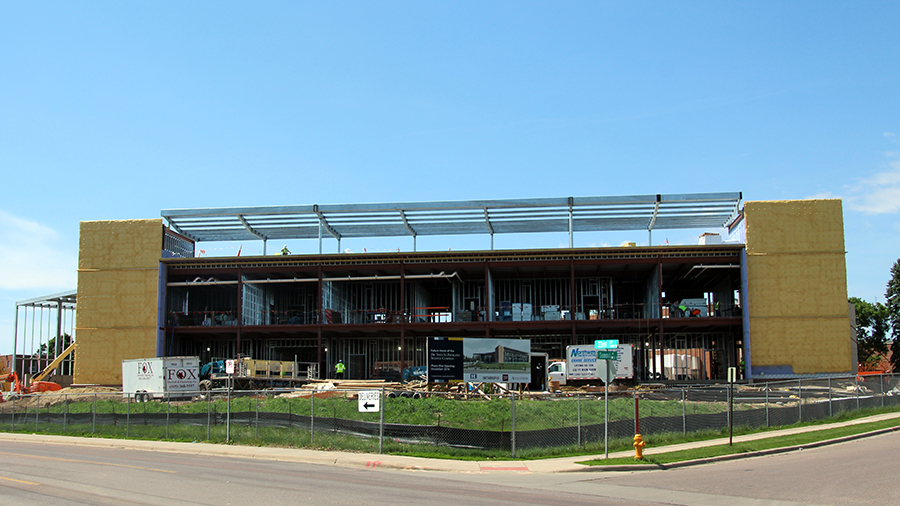 Construction continues to move forward on the 125,000-square-foot Froiland Science Complex. The two-part project features a 41,000-square-foot new addition and a complete renovation of the existing Gilbert Science Center. Phase one will open in December 2015. See the latest construction updates at www.augie.edu/science.