Isak Larson’s parents, Eric and Jennifer, are Augie sweethearts. Both graduates of the class of 1990, the couple sang in choir together for four years at Augustana and shared a major in biology.

Now they hope to pass on their love of the College to their son.

When Isak started looking for ideas for the project needed to earn his Eagle Scout Award, the highest rank in Scouting, his father Eric, a physician, asked Archeology Professor Dr. Adrien Hannus, who happened to be his former professor, turned good friend and patient, for suggestions.

After a couple of days, Hannus suggested if Isak was interested, Augustana’s Archeology Laboratory could help him procure an animal carcass to allow Isak to macerate (de-flesh and clean) the specimen and then prepare the skeleton for our comparative collection.

According to Hannus, skeletons can cost upwards of $1,000 and take a lot of time to prepare.

“In archeology, an important aspect of study in sites where there is animal bone present is to identify the specimens as to species,” Hannus said. “This allows one to learn what food animals the prehistoric peoples were hunting and eating.” 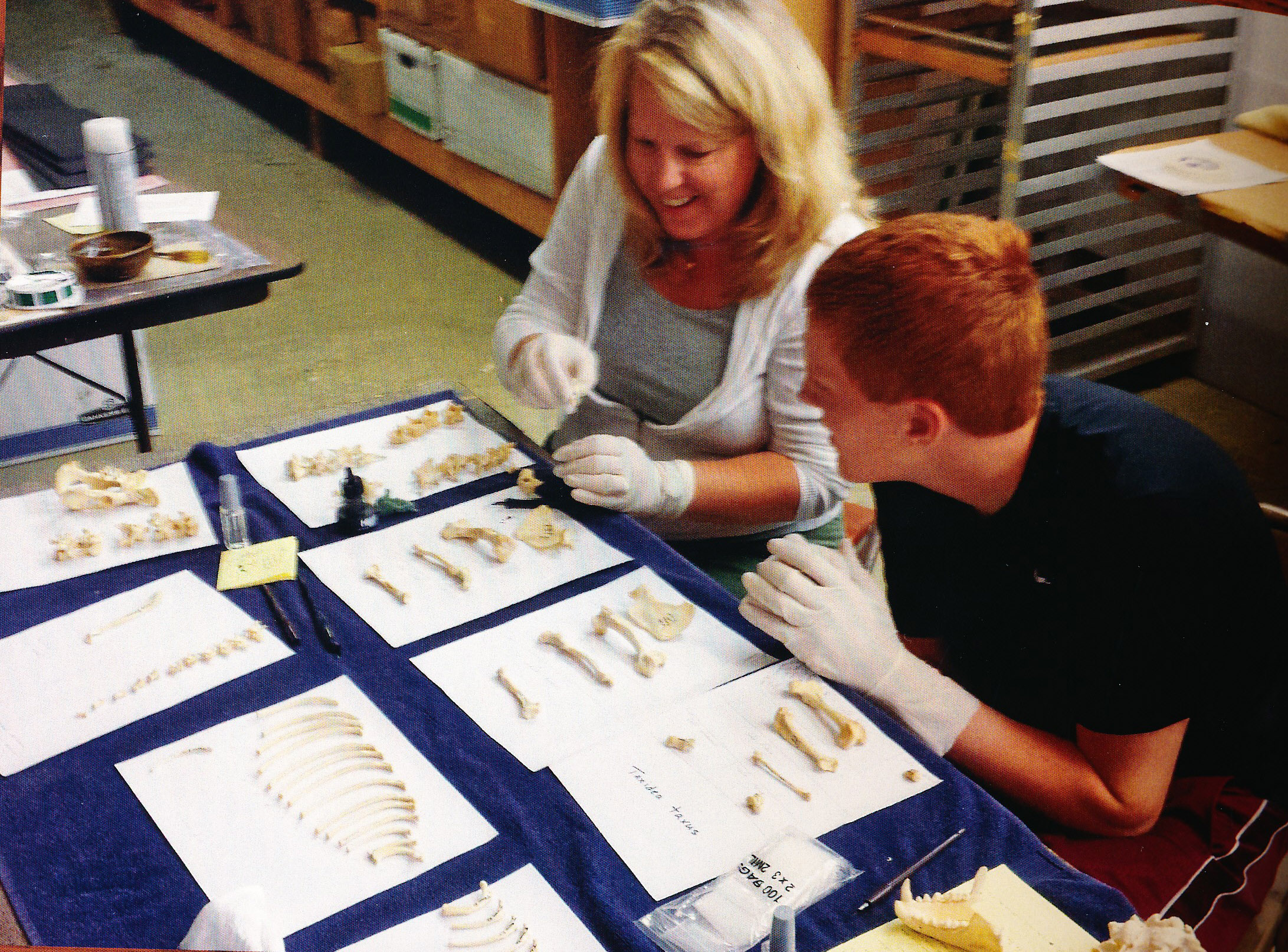 The Archeology Lab at Augustana has worked for more than 30 years to build a comparative collection and at the present time houses one of the more complete collections in the area.

Hannus arranged for Isak to work on both a badger and a wolf. This project took several months and the help of others including his parents, grandparents, other Scout members, and archeologists Dr. Tim Gillen and Hannus.

“This was way more labor intensive and time consuming than any other project we had heard of,” said Isak’s mother, Jennifer (Peterson) Larson. “A lot of times it might be a two weekend project where it takes some time for planning and getting people signed up, but the actual labor might only take 20 hours whereas Isak’s project took hundreds of hours.”

After the cleaning and de-greasing process, each bone was individually identified and labeled for use in comparison to bones found in archeological sites.

He finished just before starting his freshman year of high school at Harrisburg, but Isak says he already has a big interest in the natural sciences and Augustana.

“Before this, I wanted to be an orthopedic surgeon,” he said. “Dealing with bones at the lab made me want to do that even more, but it also made me think of other minors and different things I want to study.”

He says it’s “pretty neat” that the project he worked on will be beneficial to the archeology lab.

“Adrien has taken me under his wing and is trying to get me to be an archeologist and I’ve gone on a dig in Mitchell with them and we found a lot of bones. I was able to tell how my project would contribute to helping with their digs.”

His parents are happy Isak was able to have this experience on Augustana’s campus. 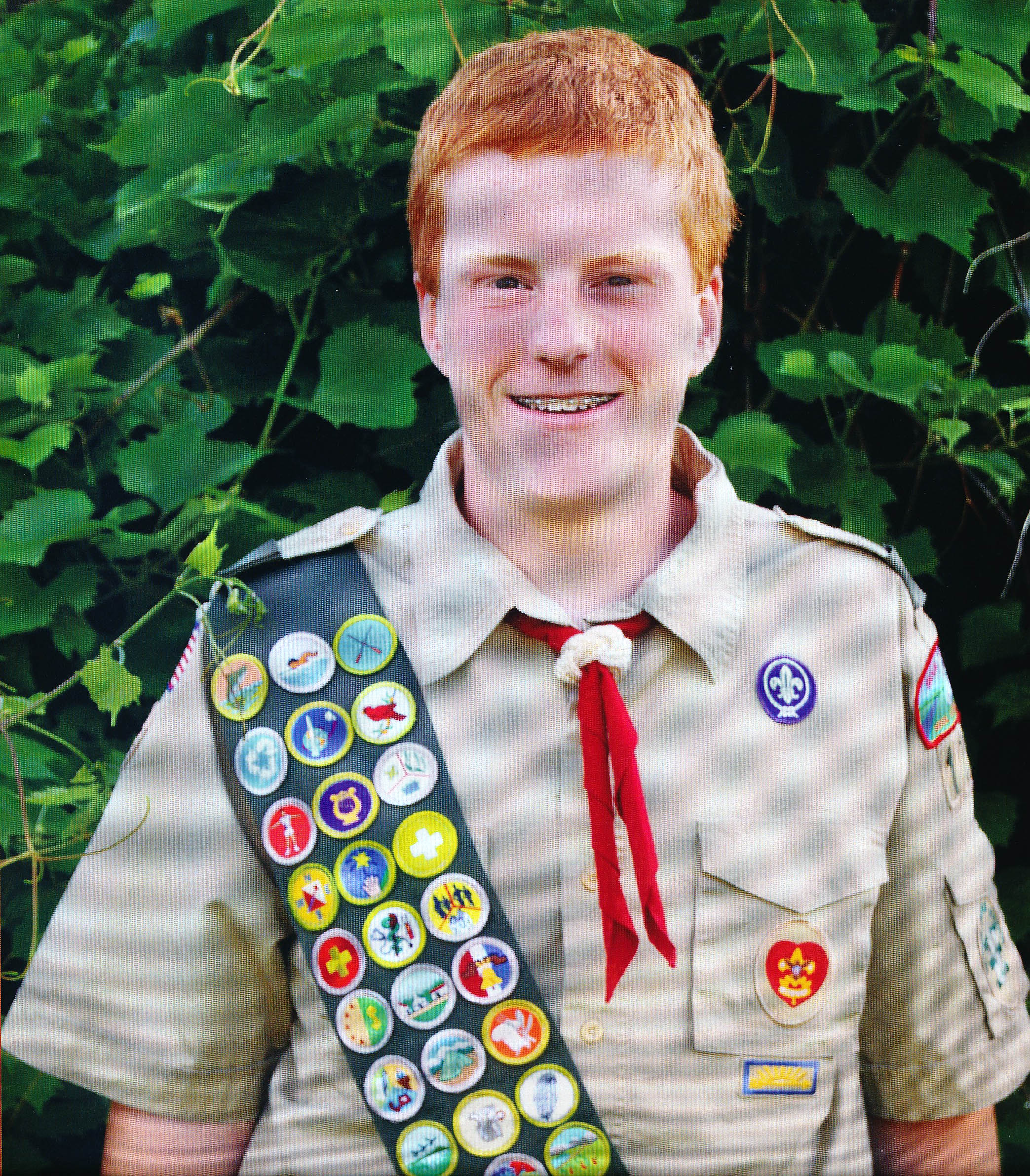 “It was very cool to have a connection to Augie and to have him feel at home on campus and get to know some of the people we knew there,” Jennifer said. “It was very fun to be back on campus even for us and for our kids to feel a part of the Augustana community.”

The Archeology Lab now houses a badger and wolf along with many other animal skeletons for study purposes.

“The project was a great success,” according to Hannus who says Isak is looking forward to doing another animal, a bobcat, in the early spring for the Archeology Lab.