Faculty for Master of Science in Athletic Training 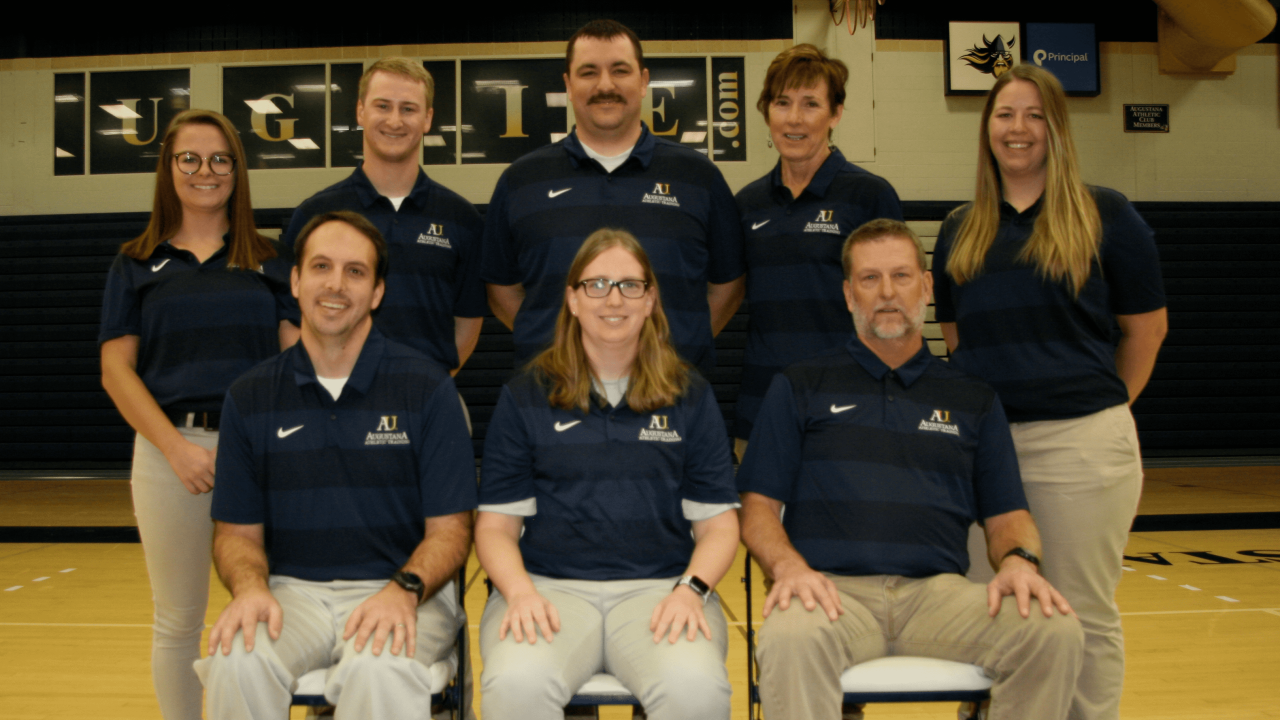 With full- and part-time faculty, Augustana’s Master's of Science in Athletic Training combine a passion for teaching with clinical practice.

Our MSAT faculty bring the entirety of patient care to each class, so students can apply their classroom knowledge into clinical practice. Students work through solutions guided by the unique perspective of professionals who lead in their fields. The class learns and practices skills simultaneously.

Following are the bios of our MSAT faculty members, whose primary commitment is teaching, but who also mentor and advise students and help them build their professional networks. 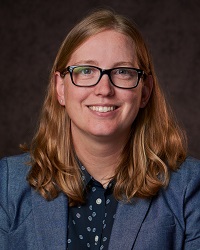 Jamie Schoenherr, Clinical Education Coordinator and Assistant Professor of Exercise and Sport Sciences comes to Augustana University from Buena Vista University (BVU) where she has fulfilled many different roles from Assistant Athletic Trainer to Kinesiology and Exercise Science Program Director. Prior to BVU, she played a vital role in developing sports medicine policies within rural communities in Iowa while she worked at Iowa Specialty Hospitals. She has spent time working in Division I athletics while at University of Wyoming and Western Illinois University. She graduated with her Masters in Kinesiology from Western Illinois University.

Brian Gerry currently serves as an assistant professor of Athletic Training & Exercise and Sport Sciences and the head athletic trainer for Augustana University. He has been teaching within the University’s Exercise Sport Science Department since 1993 having served previously as the inaugural program director and clinical coordinator from 1996- 2015. Prior to his current position at Augustana, Gerry developed the Sports Outreach Program for Sanford Health where he secured numerous athletic training service contracts and developed the Summer Strength and Conditioning program, the Sports One Celebrity Football Camp, and the Summer Jam Basketball League. He also served as the head athletic trainer for Rhodes College in Memphis, Tennessee, from 1987-93 and previously worked with the Indianapolis Colts of the NFL in 1986. In 1997, he received the Clinical Teacher of the Year Award from the Sioux Falls Family Practice Residency Program. Gerry graduated from Southwest State University (Marshall, Minnesota) in 1985 with a B.S. in physical education and health education. He received his M.S. in athletic training from Indiana State University in 1987.

Sara Bortscheller, a 2010 graduate of Augustana, joined the Athletic Training staff in 2017 as an assistant athletic trainer. Bortscheller primarily works with volleyball, women’s basketball and softball. The Remsen, Iowa, native graduated from Augustana in 2010 with a double major in athletic training and exercise science. After graduating from Augustana, she was a graduate assistant athletic trainer at Iowa Central Community College in Fort Dodge, Iowa. After obtaining her master’s degree through the University of Central Missouri in Sports Business and Administration, Sara worked for two years at Louisburg College in Louisburg, North Carolina, and another two years at Mount Marty College in Yankton, South Dakota, before returning to Augustana.

Ashley Erschens, a 2014 graduate of Augustana, joined the Athletic Training staff in 2018 as an assistant athletic trainer. Ashley will work with football, swimming and baseball. After graduating from Augustana University, Ashley attended Missouri State University, graduating in 2016 with a Masters of Science in Athletic Training. Ashley then worked in the Seattle area as an AT in the clinic setting for two years. Wanting to be closer to home, she accepted the position of AT with Augustana in August 2018.

A 2008 graduate of Augustana, Jason Rinne joined the staff in 2012, primarily working with the men’s basketball team, as well as assisting with track and field. After graduating from Augustana, Rinne spent two years as a graduate assistant athletic trainer at the University of Nebraska Omaha, where he worked with football, ice hockey and men’s and women’s tennis. Rinne and his wife, Stephanie, reside in Sioux Falls.

Dr. Scott Boyens has been a Family Medicine physician with Sanford Health for the past 14 years.  He also serves Augustana as the Primary Care Team Physician, the Medical Director of the Athletic Training Education Program, and an Adjunct Professor in the HPER Department. Boyens, a Sioux Falls native, graduated in 1986 from Washington High School. He went on to play fullback for Augustana from 1986-90, and after graduating in 1991 from Augie, he used an NCAA Postgraduate Scholarship to attend medical school at the University of South Dakota. His Family Medicine training took him on to the Medical College of Wisconsin in Milwaukee, after which he returned home to Sioux Falls to practice.

Dr. Kristofer Kimber is an Orthopedic Surgeon and Sports Medicine specialist at Sanford Health in Sioux Falls. Kimber serves as the team physician for Augustana, Lincoln High School and Luverne (Minnesota) High School, and also works as a clinical assistant professor with the department of surgery at the University of South Dakota, Sanford School of Medicine. Kimber completed his undergraduate work at Colorado College in Colorado Springs, Colorado, before going to the University of Minnesota Medical School. He completed his residency in orthopedic surgery at the University of Minnesota and is certified by the American Board of Orthopaedic Surgery and the American Board of Orthopaedic Surgery: Sports Medicine.