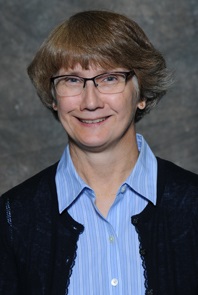 Dr. Sherry Barkley is an associate professor in the ESS department. She joined the faculty on a part-time basis in 1995 while she continued to work as a clinical exercise physiologist in a local hospital. She accepted a full-time appointment and became chair of the department in 2005. Dr. Barkley teaches a variety of courses including "Physiology of Exercise," "Fitness Measurement and Prescription," and "Nutrition and Exercise." She coordinates internships for exercise science and fitness management students and is the director of Augustana’s Master of Arts in sports administration and leadership. Dr. Barkley received her B.S. in physical education and mathematics with a minor in athletic training from SDSU and her M.S. in exercise science from the University of Arizona. She earned her Ph.D. in Biological Science with an emphasis in nutrition from SDSU. She is recognized by the American College of Sports Medicine as a Certified Exercise Specialist and a Registered Clinical Exercise Physiologist. Dr. Barkley’s research interests are in the role of exercise and nutrition in health promotion and disease prevention.

Brett Chambers joined the ESS/Athletic department in 2006, and serves as the department's strength and conditioning coordinator. He teaches exercise science courses related to performance enhancement and Strength and Conditioning Certification preparation. He earned his B.S. in health, sports leisure and physical studies from the University of Iowa and a M.S. in physical education and exercise science from the University of South Dakota. In his free time, Brett enjoys spending time with his family.

Brian Gerry currently serves as assistant professor and the head athletic trainer for Augustana University. He has been teaching within the University’s Excercise Sport Science Department since 1993. Prior to his current position at Augustana, Gerry developed the Sports Outreach Program for Sanford Health where he served as coordinator from 1993-2001. Through this position, he secured numerous athletic training service contracts and developed the Summer Strength and Conditioning program, the Sports One Celebrity Football Camp and the Summer Jam Basketball League. He also served as the head athletic trainer for Rhodes College in Memphis, Tenn., from 1987-1993 and previously worked with the Indianapolis Colts of the NFL in 1986. In 1997, he received the Clinical Teacher of the Year Award from the Sioux Falls Family Practice Residency Program. This was the first time that a non-physician had ever won the award. Gerry graduated from Southwest State University (Marshall, Minnesota) in 1985 with a B.S. in physical education & health education. He received his M.S. in athletic training from Indiana State University in 1987.

Dr. Brittany Gorres-Martens, assistant professor of exercise science, earned her Ph.D. in Molecular and Integrative Physiology from the University of Kansas Medical Center. Her B.S. degree in Nutritional Sciences is from South Dakota State University. Her area of research focuses on the benefits of exercise on type 2 diabetes, particularly the regulation of proteins involved in the insulin signaling pathway and fat metabolism. She comes to Augustana from Cleveland University where she was an assistant professor. 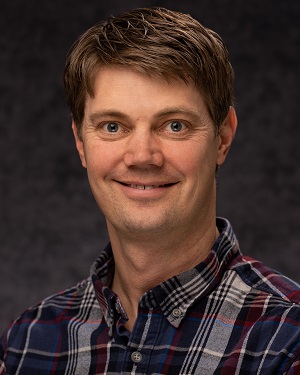 Shane Scholten, assistant professor of Exercise and Sport Sciences, earned his Ph.D. in Nutrition and Exercise Science from South Dakota State University. His research is related to vitamin D supplementation effects on physical performance in addition to investigating the uses of velocity barbell training in the weight room. He teaches Biomechanics, Nutrition, Exercise Leadership, Fitness Administration, Science of Exercise, and Introduction to Exercise and Sport Sciences at Augustana University and serves as an advisory board member on South Dakota’s National Strength and Conditioning Association.