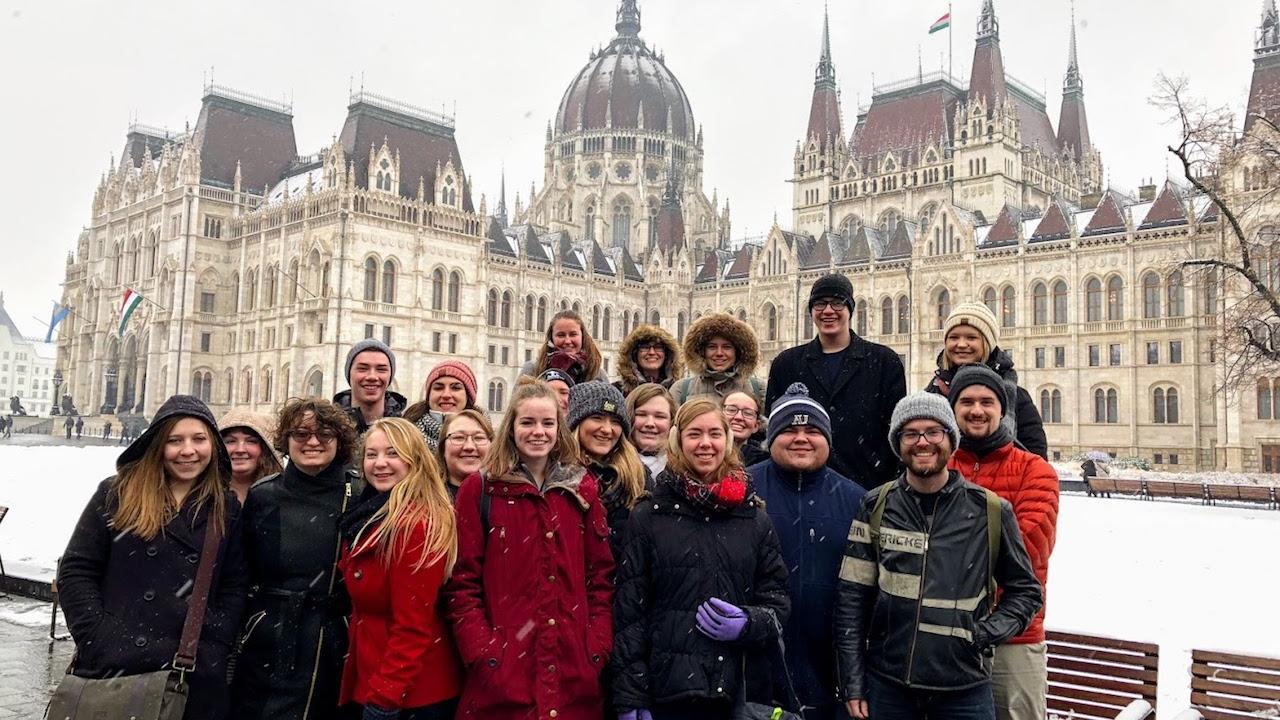 Because theatre is, in part, a study of the world we live in, our students are encouraged to explore Augustana’s study abroad opportunities and other off-campus study programs. The length of study can range from a month to a semester to an academic year.

In addition, our students regularly travel to theater centers and festivals around the country, including the Kennedy Center American College Theater Festival and the United States Institute for Theatre Technology. Faculty routinely lead international trips during the January interim term.

Sioux Falls itself is a major cultural center for South Dakota, and we have strong relationships with area theaters like the Black Hills Playhouse and the Bare Bodkins Theatre. The Washington Pavilion of Arts and Science downtown draws national touring productions from Broadway and has an active educational exchange with Augustana.  Students have also participated as interns or company members with: