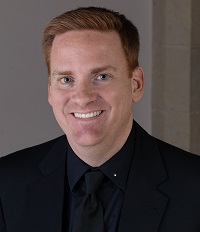 Currently serving as the associate director of bands and assistant professor of music at Abilene Christian University (Abilene, Texas), Dr. Brandon Houghtalen's responsibilities include conducting the concert band, directing the Big Purple Marching Band, teaching music education courses, and directing the horn studio. He previously held conducting positions at the Georgia Institute of Technology and the University of New Mexico. In 2018 he founded the On the List Project, a group of teachers that assists states as they work to make their required music lists more inclusive.

Houghtalen maintains an active schedule as a performer and conductor. He serves as the hornist of the Key City Winds woodwind quintet and conductor of the Wind Ensemble at the Tennessee Governor’s School for the Arts, an intensive summer music program for talented high school students. In 2015, he served as a featured clinician of the First National Band Camp of Guatemala, where he taught conducting, wind instrument pedagogy, and co-directed the first national marching band of Guatemalan students.

He has recently presented sessions at the College Band Directors National Association National Conference and the Midwest International Band and Orchestra Clinic on the topic of diversity and inclusivity in repertoire selection. His creative activities include performing, arranging, collaborating with emerging and established composers, and serving as a guest clinician. His research on James Reese Europe and the 369th Infantry Regiment Band led to the creation of new performing editions of The Memphis Blues and The St. Louis Blues, which have been performed throughout the United States.

Houghtalen earned degrees in music education and conducting from the University of Tennessee, University of Colorado, and Arizona State University. His primary conducting teachers were Allan McMurray and Gary Hill. Prior to graduate study he taught in the public schools of Fayette County, Georgia. He is a member of CBDNA, NBA, TMEA, TBA, IHS, and Phi Mu Alpha, and serves on the executive council of the Institute for Composer Diversity. 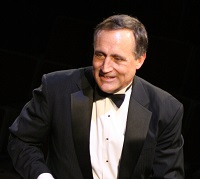 Over the past year alone, Dr. Lonis has presented over 150 workshops and clinics in schools throughout North America, Australia and the middle east including over 200 hours of private conducting lessons and coaching sessions. This is in addition to teaching, leading and developing two international on-line degree programs in music education.

Dr. Lonis has spent a lifetime leading others in team building, conducting, coaching and teaching. A particular passion of his is working with school programs and students to develop shared goals and values. His doctoral work with Benjamin Bloom (Bloom’s Taxonomy), Charles Leonard and Bennett Reimer helped him to establish his own philosophy and practice in the psychology of learning and musical understanding. That work has been followed by his own extensive research in how humans learn and perceive the world around them. He has conducted both the South Dakota All-state band and the All-state orchestra as well as many other all-state, all-provincial (Canada) and national bands and orchestras throughout the world.

With Ardith Haley, he is co-founder of the Master's Degree in Curriculum Studies with a Music Emphasis at Acadia University in Nova Scotia. It is now the largest degree program in music education in Canada with over 100 graduates in the past 5 years. They have also authored several books on music teaching and conducting and continue to work closely with university music programs to inspire teachers and students alike. 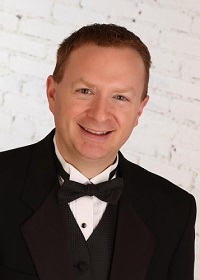 Since his appointment in 2017, Dr. Larry Petersen has served as Assistant Director of Bands at Augustana University.  In addition to conducting the Blue and Gold Band and Athletic Bands, Petersen also instructs the instrumental music education courses, supervises student teachers, and is an instructor at the annual Augustana University Summer Music Camp.

Prior to his appointment at Augustana, Petersen spent over twenty years as a high school band director in South Dakota.  Seventeen of those years were spent in South Dakota’s most diverse school district in Huron.  Here, Petersen built a strong band program on the foundation of creating outstanding young people through the discipline of quality music making.  Petersen twice received Huron High School’s Teacher of the Year award for his instruction.

Petersen is an advocate of utilizing technology to assist with music instruction for the individual and to enhance the rehearsal setting.  He has presented his findings at regional Technology and Innovation in Education conferences, and at the International Society for Research and Promotion of Wind Music Conference, in Wadgassen, Germany.  He also maintains an active schedule as a clinician, adjudicator, and conductor for contests and honor bands.