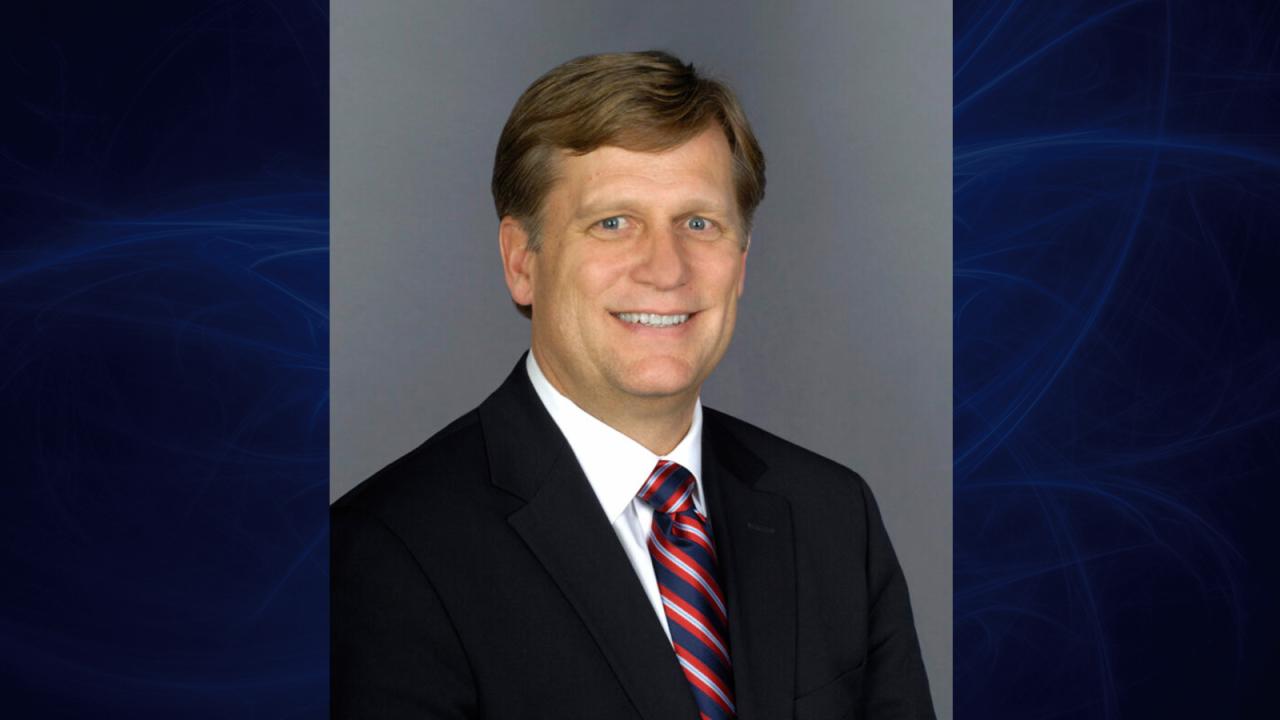 Augustana University and the Center for Western Studies (CWS) announced that Dr. Michael A. McFaul will be the keynote speaker for the 25th Boe Forum on Public Affairs to be held at 7:30 p.m., on Thursday, Mar. 31, in the Elmen Center.

CWS members will receive instructions in the mail on how to reserve their priority floor seating tickets ahead of the general public release.

McFaul served as U.S. ambassador to the Russian Federation from 2012-14. As a Washington Post columnist and NBC News analyst, McFaul frequently appears on television and radio, where he shares his knowledge of Russia’s domestic and foreign policy. McFaul is also a professor of political science and Hoover Institution Senior Fellow at Stanford University. He was born and raised in Montana.

Hosted by Augustana President Stephanie Herseth Sandlin, this year’s forum is entitled, “Russia and the Future of Europe.” As part of the forum, McFaul will discuss the threat to world peace by the Russian Federation and strength of the North Atlantic Treaty Organization (NATO), as well as future relations between the U.S. and Russia.

“As the world’s attention turned to the massing of Russian troops along the borders of Ukraine, the Boe Forum Committee considered what this military buildup, the largest since the Second World War, could mean for the future of Europe and the United States, especially through NATO,” said Center for Western Studies Executive Director Dr. Harry Thompson. “The committee felt that, as Gov. Boe wished, the people of this region should know how this event might impact their lives.”

As the creator of the Boe Forum, former South Dakota Gov. Nils Boe, charged Augustana and the CWS with inviting “singularly knowledgeable” individuals who would address events, issues or problems of “current worldwide or national concern and of broad public interest.”

“This will be among the most timely topics in the Boe Forum’s history. Dr. McFaul is sure to address the questions and concerns on our hearts and minds following the Russian invasion of Ukraine, among them the humanitarian consequences, global economic impact, and threat to NATO allies and democracies around the world. We look forward to his expertise and insights on U.S. foreign policy today and in the future,” said Augustana President Stephanie Herseth Sandlin.

About Michael A. McFaul

Michael A. McFaul served as ambassador of the United States of America to the Russian Federation from January 2012 to February 2014. Prior to becoming ambassador, he served for three years as the special assistant to the President and senior director for Russia and Eurasian Affairs at the National Security Council. McFaul is a professor of political science and Hoover Fellow at Stanford University. He is also director and senior fellow at the Freeman Spogli Institute for International Studies (FSI).

McFaul is the author and editor of several monographs including, Advancing Democracy Abroad: Why We Should and How We Can (2009); with Valerie Bunce and Katheryn Stoner-Weiss, eds., Democracy and Authoritarianism in the Postcommunist World (2009); with Anders Aslund, eds., Revolution in Orange: The Origins of Ukraine's Democratic Breakthrough (2006); with Nikolai Petrov and Andrei Ryabov, Between Dictatorship and Democracy: Russian Postcommunist Political Reform (2004); with James Goldgeier, Power and Purpose: American Policy toward Russia after the Cold War (2003); and Russia’s Unfinished Revolution: Political Change from Gorbachev to Putin (2001). Most recently, he wrote From Cold War to Hot Peace: An American Ambassador in Putin’s Russia (2018), a New York Times best-selling inside account of U.S.-Russia relations from 1989 to the present.

Through the Boe Forum on Public Affairs, the Center for Western Studies at Augustana University has hosted many of the world’s most influential leaders. Past Boe Forum speakers include:

Founded in 1860, Augustana University in Sioux Falls, South Dakota, is a selective, comprehensive university affiliated with the Evangelical Lutheran Church in America (ELCA). With more than 100 majors, minors and pre-professional programs for undergraduates — along with graduate degree and continuing education programs — Augustana is committed to enriching lives and fostering development by combining a foundation in the liberal arts with professional skill and advanced study.

Nationally recognized for academic excellence, student life, graduate outcomes and affordability, Augustana serves more than 2,000 students from 34 states and 50 countries. Most are part of our residential community and call our 100-acre campus home. Our graduate and continuing education programs serve students during times that are convenient for adult learners.