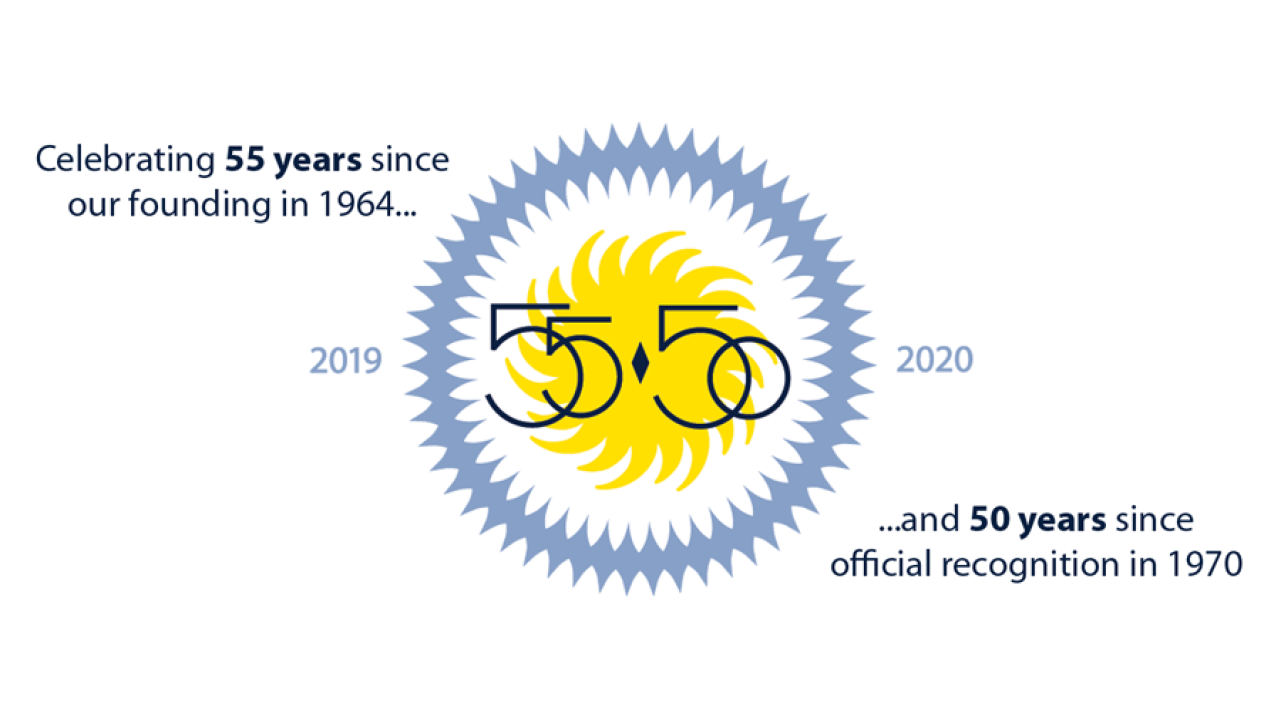 The Center for Western Studies recently observed a very special moment in its own history. The double anniversary celebration was called “CWS 55/50” and was proposed by Executive Director Dr. Harry Thompson and affirmed by the Board of Directors as part of the CWS Strategic Plan 2020. Through “CWS 55/50” the Center sought to observe not only the 50th year since the Augustana Board of Trustees officially established CWS (“expanded,” as it was termed), but also the 55th year of its creation by Professor of English Herbert Krause. Planning got underway in 2017.

Several of the Center’s public events planned for the 50th anniversary year in 2020 had to be canceled or rescheduled because of the coronavirus pandemic. After three months of working at home, CWS staff returned to their offices in June 2020 and reopened the Fantle Building to the campus and public in July. The 52nd Dakota Conference on the women’s vote and immigration, originally scheduled for April 2020, was canceled, but the Center invited those whose presentations were scheduled to consider giving them at the 53rd conference. The 24th Boe Forum on genetic engineering, with Drs. Robert Green and Jamie Metzl, was rescheduled and presented virtually on March 15, 2021.

The 40th Anniversary Artists of the Plains Show & Sale was rescheduled from 2020 to 2021. Upon the recommendation of the Art Committee, the Board of Directors had returned that event to its original fall season, and will be held this year on November 5-7. During the interim, CWS presented the Center’s first Summer Arts Celebration, July 16-18, in downtown Sioux Falls.

In 1965, with the idea of a western studies center already in mind, Krause and Assistant Professor of History William Wyatt submitted a grant proposal to the Rockefeller Foundation to undertake the Center’s first project, “Changing Social Patterns on the Lingering Frontier.” A 50th anniversary history of CWS was recently completed by Harry Thompson and will be published in the summer of 2021 with the main title taken from the first line in O.E. Rölvaag’s "Giants in the Earth": "'Bright, Clear Sky Over a Plain So Wide': The Center for Western Studies, 1964-2020."