'On The Prairie' Features Works by Eugene Christopherson 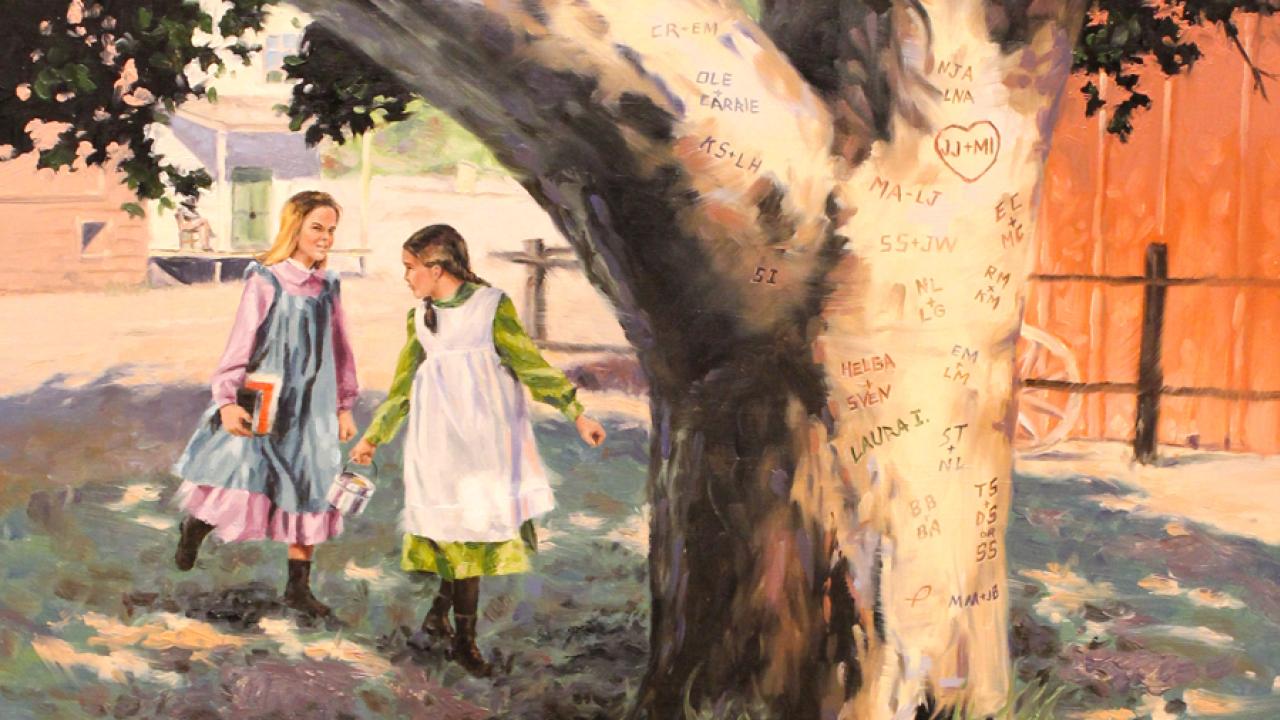 When Laura Ingalls Wilder recorded her experiences living in "The Little House on the Prairie," she could not have known the exceptionally broad reach her tales would achieve. A superb snapshot of life on the prairie in the 1800s, her work documenting a single family's struggles to thrive on the plains offers at the same time a heartwarming explanation for why thousands of our ancestors chose to brave the formidable land we now call home.

Adapted from Wilder’s book series in 1974, the acclaimed NBC television show "Little House on the Prairie" brought this enduring story into homes nationwide. There’s power in knowing what it means to be from a place, and one of the ways we do that is by seeing the place we come from represented in a genuine way in mainstream entertainment mediums. The show ranked within the top 15 most popular television productions during much of its nine-season run and won Emmys for cinematography and music.

In 1982, to honor the beloved television series, the East Palestine China Company of Ohio, coordinating with NBC and Ed Friendly Productions, commissioned South Dakota artist Eugene Christopherson to create 12 paintings for a collectors plate series. Christopherson was a natural fit to immortalize scenes from the television series, having grown up on the prairies of South Dakota himself.

In March of 2017, the 12 original oil paintings Christopherson created for this series became part of the Center's Fine Art Collection. Together with several other prairie-inspired Christopherson paintings, they are on display in the gallery exhibition, “On the Prairie: The Art of Eugene Christopherson,” which opened May 7 and runs through October 12, 2018.

The exhibition is free and open to the public. Viewing hours are Monday - Friday from 8 a.m. to 5 p.m., and the first Saturday of the month from 10 a.m. to 2 p.m. The exhibition is located in the Madsen/Nelson Galleries of the Center's Fantle Building at 2121 South Summit Avenue, Sioux Falls, SD.

Acclaimed South Dakota artist Eugene Christopherson graduated from Baltic High School, where the seeds of his remarkable talent had begun to flourish, in 1958. Fifty-two years later, he became one of the most prestigious Baltic High Hall of Fame inductees in the school’s history.

Eugene attended Augustana College from 1958-1960 where he studied art under the renowned Palmer Eide and Ogden Dalrymple. Guided by a passion to share his love of the land, as well as his love of the people of South Dakota, he began his career as a commercial artist, portrait artist, illustrator, and sculptor with a mission to immortalize our remarkable land of infinite variety.

Throughout his career, Eugene described the development of his talent as a way to improve upon his God-given talent. With each new achievement in his artistic mastery, he gave thanks to the ultimate creator of his talent, recognizing he was blessed with a gift that few are.

Eugene had myriad artistic accomplishments, spanning a lifetime marked by physical challenges that left him with the innate ability to find the beauty in innocence, pain, joy, sorrow, and struggle.

He left his indelible mark on so many aspects of the great state of South Dakota. It’s not an easy task to capture the true spirit of this wondrous land. One needs more than paint and canvas, clay and bronze, ink and paper. Eugene used a far more elusive tool ... his heart and soul.