Weathered: The Northern Plains Landscape as Shaped by the Elements 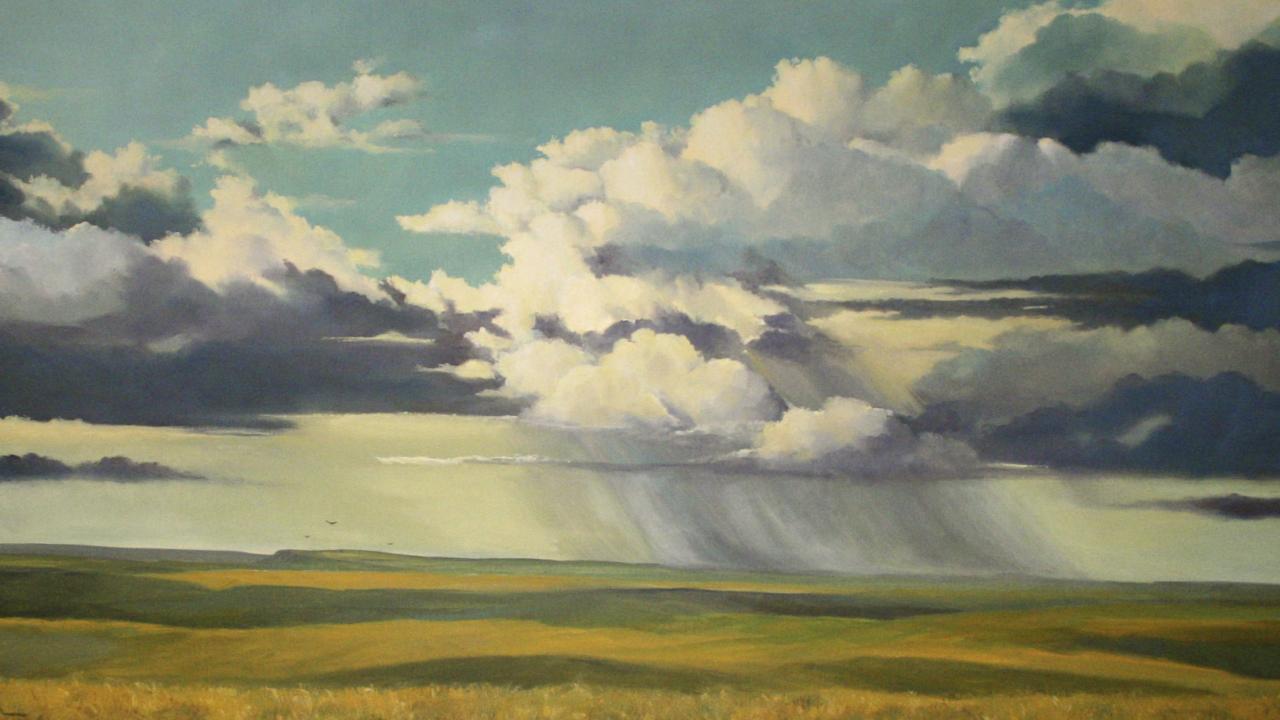 The diverse expanse of the Northern Plains landscape provides beautiful vistas that inspire some of the region’s most remarkable artists to capture its wonder in their work.

Lush verdant pastures exist inexplicably alongside dramatic arid buttes. Each is shaped by a force as timeless as the land itself: weather.

Water, wind, and fire shaped this great land we call the Northern Plains and continues to shape it to this day. Tornadoes, drought, floods, and wildfires lend credence to South Dakota’s motto: the land of infinite variety. If you don’t like our weather, wait a minute — it will change.

The Center for Western Studies is excited to present "Weathered: The Northern Plains Landscape as Shaped by the Elements." In this unique exhibition, the work of 22 regional artists demonstrates how weather impacts the Northern Plains.

Listen to an interview about the exhibit with Education Assistant Kristi Thomas and participating artist Cristen J. Roghair on South Dakota Public Broadcasting's "In the Moment" program.

Artists included in this exhibit:

HELD OVER BY POPULAR DEMAND!

"Weathered: The Northern Plains Landscape as Shaped by the Elements" opens May 22, 2017, and runs through October 27, 2017. The exhibit is free and open to the public. Viewing hours are Monday-Friday from 8 a.m. to 5 p.m., and the first Saturday of the month from 10 a.m. to 2 p.m., in the Madsen/Nelson/Elmen Galleries of the Center's Fantle Building at 2121 South Summit Avenue, Sioux Falls, SD.