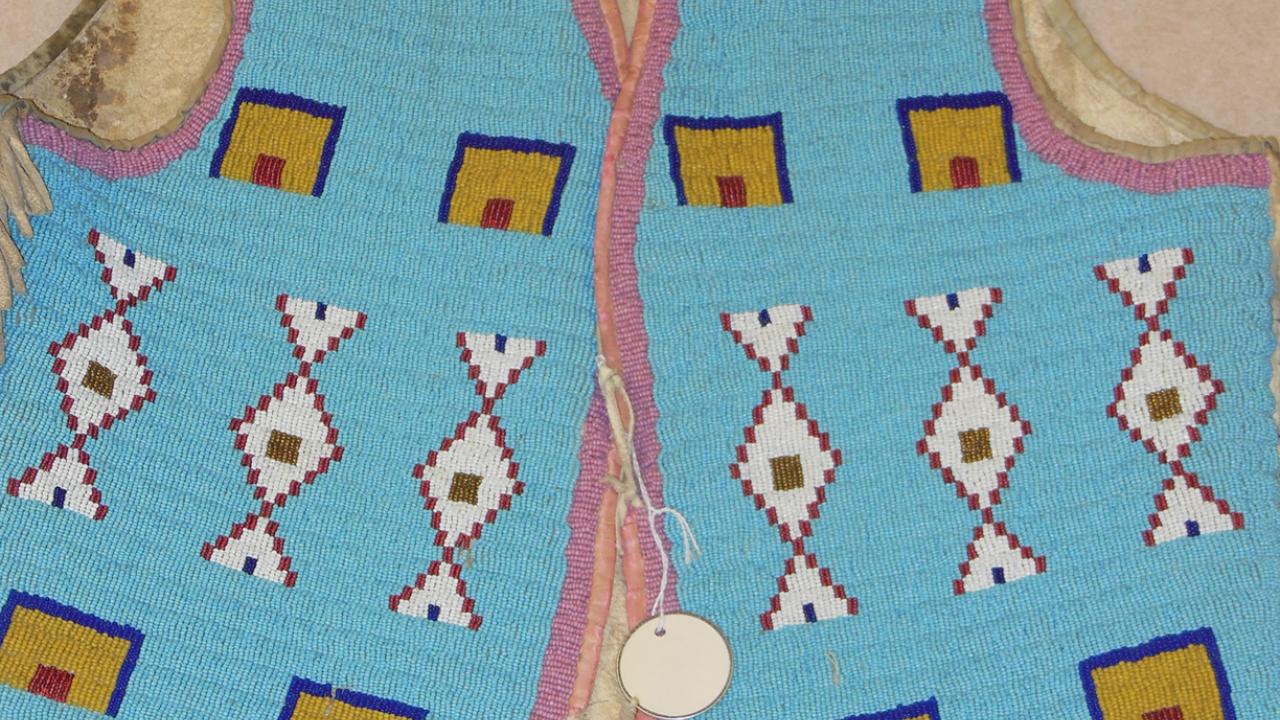 Augustana College and the Office of the Abbot at Blue Cloud Abbey today announced that the Center for Western Studies (CWS) has been named the repository for more than 4,000 books, 40,000 photographs and various artifacts from the Blue Cloud Abbey-American Indian Culture Research Center (AICRC) collection, previously housed at the Benedictine monastery near Marvin, S.D.

Founded in 1950 and once called “an oasis of spiritual peace and beauty in the midst of our overly busy and distracted world,” Blue Cloud Abbey officially closed on August 5.

Named after Blue Cloud, an elder member of the Yankton Sioux Tribe, much of the Abbey’s work over its 62 years had been closely tied to local American Indians. One of its founding members, Father Stan Maudlin, founded the AICRC at the Abbey in 1967.

“We feel confident in trusting the materials from the American Indian Culture Research Center will be respected in their new home at the Center for Western Studies,” wrote Abbot Denis Quinkert, OSB.

“The mission of the Center for Western Studies and the mission of the AICRC are similar in that we are both committed to doing all we can to preserve and interpret the rich history and vibrant cultures of the Northern Plains. Not only can CWS offer display and archival space for these important pieces of history, we will also work in conjunction with Augustana’s Mikkelsen Library to catalog the book collection using the latest library technology, ensuring its accessibility to researchers around the globe,” said Dr. Harry Thompson, executive director of the Center for Western Studies. “We are excited, honored and humbled to become the new home for the AICRC collection and we pledge to preserve and celebrate its precious capsules of history so that others may learn from them.”

Thompson said the Center will place a portion of the AICRC artifacts on display in the near future. AICRC Director Colleen Cordell will soon return items to the Sisseton Wahpeton Tribal Historic Preservation Office that were given to Fr. Stan and the AICRC for safekeeping over the years.

Sioux Falls businessman Jeff Parker, in cooperation with Matt Parker, owner of Parker Transfer and Storage, volunteered their professional assistance in moving the books, photographs, and artifacts to the Center for Western Studies.

CWS is also exploring plans to expand its museum space. In the past year, it added a compact shelving system for a portion of its archives and shelving for three-dimensional artwork.

CWS recently announced that its endowment now exceeds $7 million following an aggressive fundraising campaign that raised more than $1.5 million, including a $300,000 challenge grant from the National Endowment for the Humanities (NEH).

The NEH grant will benefit the Center’s Archives and Library, Art Program and Educational Exhibits, Dakota Conference, Publications and the Fantle Building.

For more than 20 years, until the death of Fr. Stan in 2006, Dr. Thompson worked with  Fr. Stan to place his personal papers at the Center. In 2007, in collaboration with the Eastman Kodak Co. and Jeffrey Hayzlett (‘83), then Chief Business Development Officer at Kodak, CWS published “Impressions of Tribal Life,” a collection of images from glass-plate negatives in the AICRC collection already at CWS. The book featured essays on photographer Fr. Ambrose Mattingly by Thompson and on Benedictine mission work with tribal communities by Dr. Herbert Hoover, USD professor emeritus of history.

Founded by author and Augustana English Professor Herbert Krause, CWS serves as a repository for more than 500 substantive collections and maintains a library in excess of 36,000 volumes on the American West. The Center also supports Augustana’s program in Northern Plains Studies.
The Center holds an extensive art and artifact collection, and sponsors annual events such as the Boe Forum on Public Affairs, the Dakota Conference and the Artists of the Plains Art Show. With more than 70 books to its credit, such as “A New South Dakota History,” the Center publishes works of enduring value to the people of the Northern Plains. 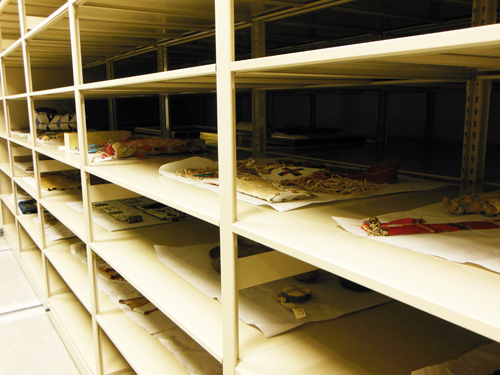 IMAGE ABOVE TOP: One of the many artifacts from the Blue Cloud Abbey-American Indian Culture Research Center (AICRC) collection that now resides at the Center for Western Studies.

IMAGE ABOVE: Artifacts from the Blue Cloud Abbey-American Indian Culture Research Center (AICRC) after delivery to the Center for Western Studies.