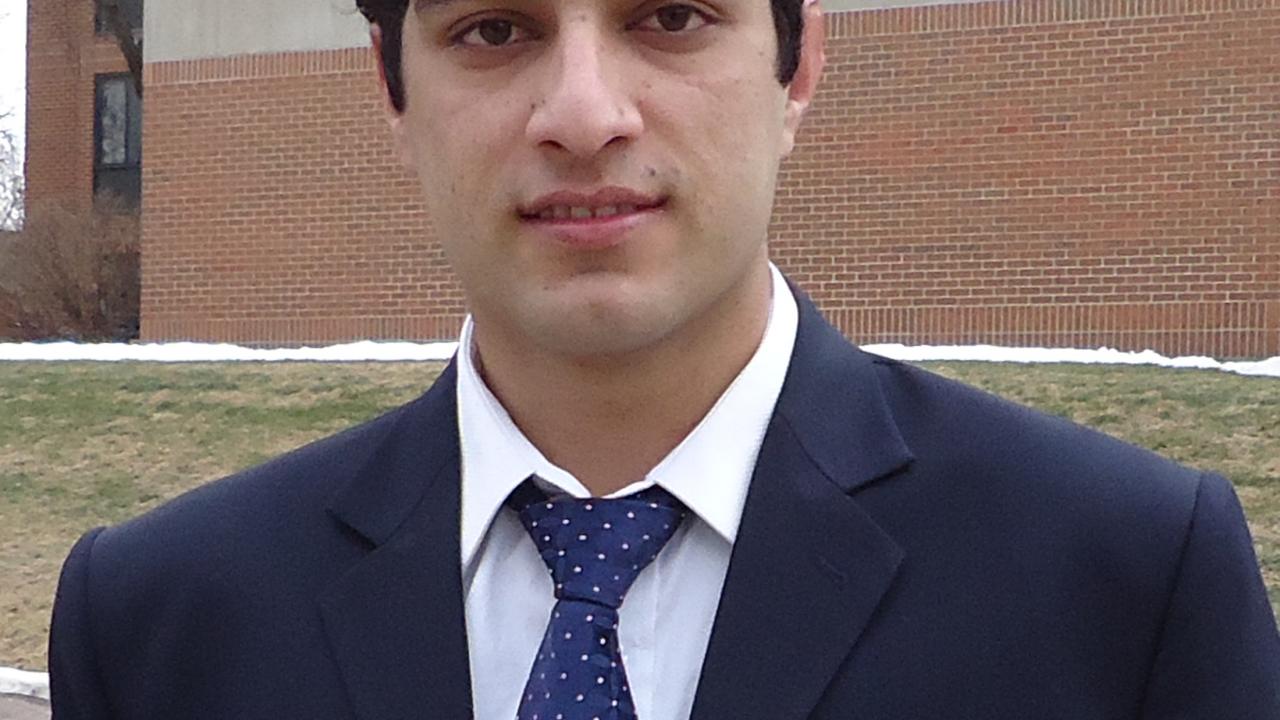 An Augustana alumnus has been named the 2013 Rhodes Scholar for Pakistan.

Rafiullah (Rafi) Kakar, a native of Pakistan, attended Augustana in 2010 as a fellow of the Global Undergraduate Exchange Program (UGRAD), an initiative administered by IREX on behalf of the U.S. State Department.

The Rhodes Scholarships are postgraduate awards supporting outstanding students for study at the University of Oxford. Established in 1903 under the will of Cecil Rhodes, the Rhodes is the oldest and among the most prestigious international graduate scholarship programs in the world. A class of 83 Scholars is selected each year from countries including Australia, Bermuda, Canada, Germany, Hong Kong, India, Jamaica and Commonwealth Caribbean, Kenya, New Zealand, Pakistan, Southern Africa (including South Africa, Botswana, Lesotho, Malawi, Namibia, and Swaziland), United States, Zambia, and Zimbabwe.

Only one Rhodes Scholarship is awarded in Pakistan each year. Learn more about Kakar.

When awarding scholars, Rhodes Scholarship selection committees seek young women and men of outstanding intellect, character, leadership, and commitment to service. The Rhodes Scholarships support students who demonstrate a strong propensity to emerge as "leaders for the world’s future." Four criteria are used in the selection of Rhodes Scholars:

As a student at Augustana, Kakar studied under Dr. Joe Dondelinger, professor and chair of the Government and International Affairs/Political Science Department. Kakar said he considers Dondelinger an important mentor.

"I am deeply indebted to my teachers, family and friends for their support and encouragement. In particular, I would like to give due credit, as I did in my Rhodes interview, to Augustana College for helping me reach this stage. Though my stay at Augie was brief, nevertheless, it was very significant in terms of impact on my life. This brief but rich experience was life-altering in terms of values, outlook, and way of living. Augie definitely played a key role in my eventual selection for the Rhodes Scholarship. In particular, I am extremely grateful to Dr. Dondelinger for his incredibly forthcoming and encouraging attitude. His guidance and counseling was really instrumental in the whole process."

A Rhodes Scholarship covers all university and college fees, a personal stipend and one economy class airfare to Oxford at the start of the scholarship, as well as an economy flight back to the student's home country at the conclusion of the scholarship.