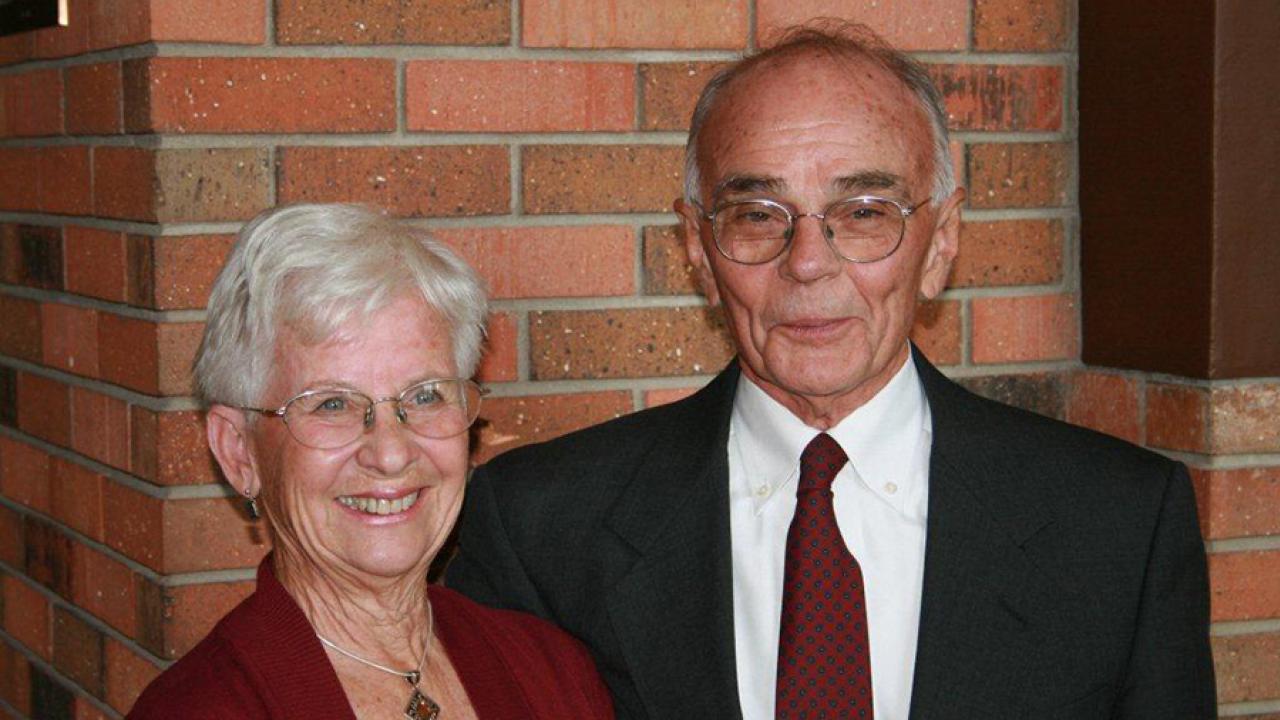 Augustana today announced that alumni Jim and Myrna Wylie have made a gift of more than $570,000 to the College, a portion of which will be used to support the Froiland Science Complex.

Augustana officials have been working to raise funds for the new facility, to be named in honor of longtime Augustana biology professor Dr. Sven Froiland, following a $20 million challenge gift from Sanford Health earlier this fall.

“We are humbled and honored by Jim and Myrna’s generosity, which will do so much to help build this new facility. Their gift today will live on for generations through countless students who will explore and discover important scientific endeavors and research ways to create an even better world tomorrow,” said President Rob Oliver. “Our cup runneth over, indeed.”

Jim, Augustana class of 1955 and a native of Sioux Falls, double majored in history and Christianity/philosophy as a student. On campus, he led the effort to create the first-ever Viking Varieties, the student talent show, and helped bring national speakers for the Viking Days worship service.

After graduating, he went on to Luther Seminary in St. Paul, Minn. He later served at parishes in Albert Lea, Minn., Chicago and New York before joining the management team of Lutheran General Hospital (now known as Advocate Healthcare), the largest healthcare system in metro Chicago.

Myrna, class of 1957, majored in nursing and spent her career working primarily as an operating room nurse.

They are both now retired and live near Chicago. They have three children and five grandchildren.

They were inspired to make the gift, they said, because the College still holds a special place in their hearts.

The opportunity to help with the science project is especially meaningful, Jim said, because the couple both spent their careers working in healthcare.

“Since we spent 50 years in that sector, we developed an interest. And, as we started to think about it from our faith commitment, it just made sense,” Jim said.

"And, as always happens, the giver becomes the beneficiary as well. We’re pleased to be a part of it."