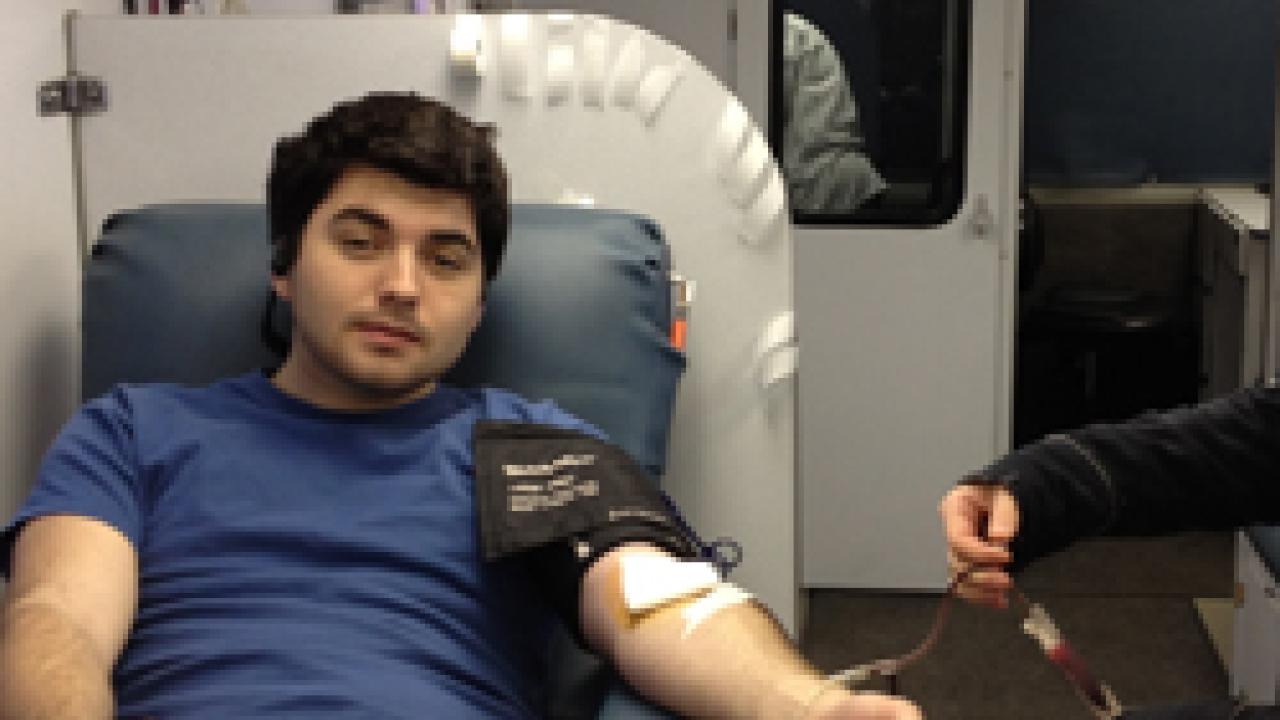 Earlier this week, Augustana recorded its 3,000th donation to the Sioux Falls Community Blood Bank, a non-profit organization dedicated to ensuring a safe, reliable supply of blood in Sioux Falls and the region.

Senior Gentry Pletts of Chanhassen, Minn., donated blood on Wednesday. He did it, he said, as a way of giving back.

"I'm hopeful that my donation of blood will help someone else become healthy," Pletts said. "It's an easy way to give the gift of life to another person."

As he considers a pre-med course of study, Francis said he knows and understands the significance of donating blood. He also joked that he was looking forward to the snack after his donation was complete.