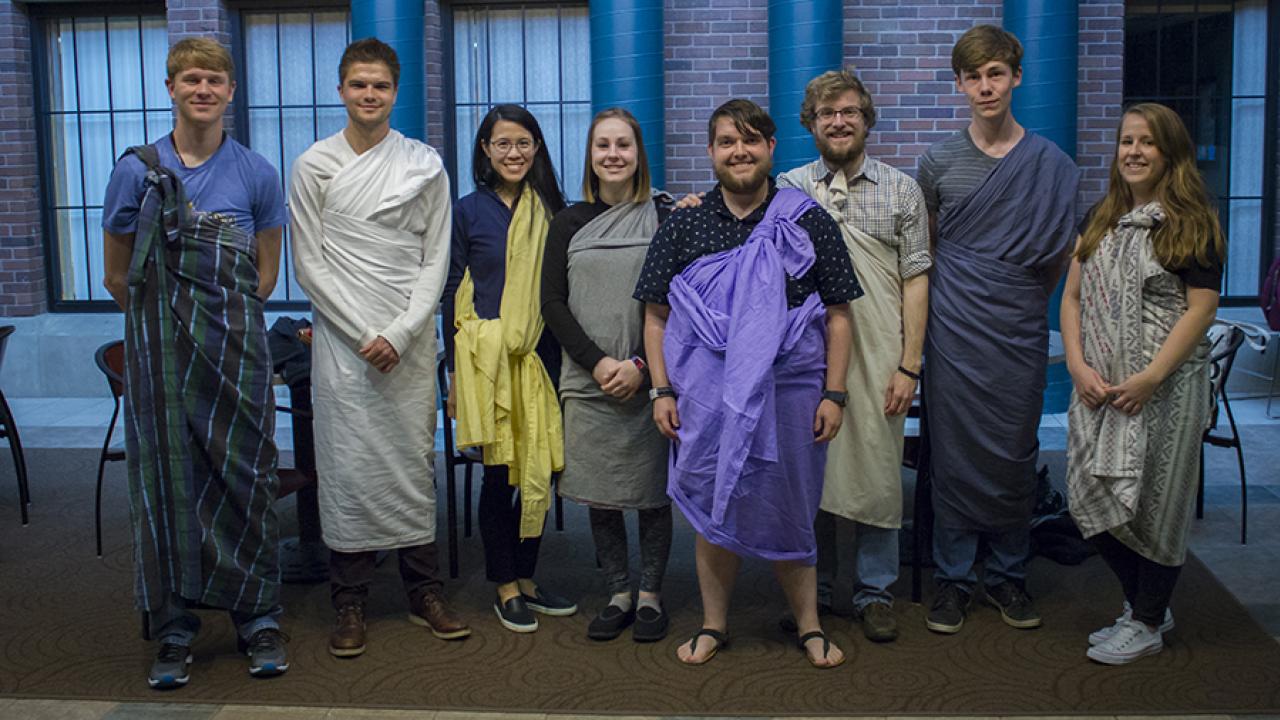 "Classicist" isn't a word we hear all that often.

But that's about to change.

Education and historical experts say that today — perhaps more than ever before — classicists are being called upon to serve as the bridge-makers of societies here and around the globe. That's because their study of the ancient world helps others connect the present with the past.

This spring, thanks to a grant designed to "strengthen existing bridges and build new ones," Augustana's classics department, Classics Club and members of the new chapter of Eta Sigma Phi (classics honor society) hosted more than 30 students from Lincoln High School and O'Gorman High School for a classics outreach event on campus. The students were accompanied by their Latin teacher, Lynn Thomason.

The event featured refreshments and a game-show-style tetrathlon held in the Edith Mortenson Center Theatre. The tetrathlon included activities created and run by classics students: "Roman History Chronology," "Spurious Etymologies," "Myth Madness Kahoot!" and "It's All Greek to Me!"

Dr. Rocki Wentzel, associate professor of classics, said activities were meant to test students' knowledge and introduce them to Greek, an integral part of the study of classics, as well as to teach them about some myths, derivatives and historical events they might not be familiar with.

"We're also hoping that this is one of many future events to encourage students to study the classics," Wentzel said.

The event was funded by a Bridge Initiative Grant (BIG) from the Committee for the Promotion of Latin of the Classical Association of the Middle West and South, an organization that says it supports "those who teach the classics in our schools and universities."

"Through encouraging outreach outside school settings, we hope to help build bridges to the larger community. We also seek to form more bridges between the various levels of our profession. The BIG program is designed to facilitate this support and communication," the Association said.