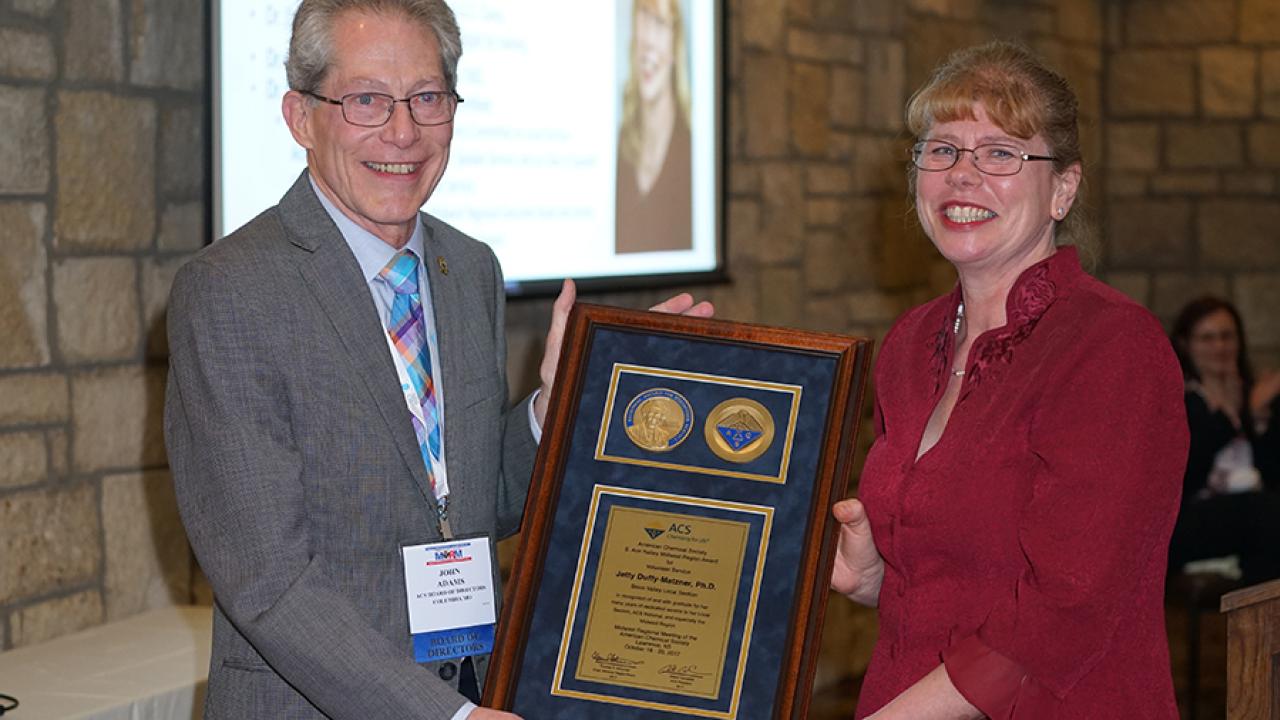 Augustana's Dr. Jetty Duffy-Matzner received the 2017 E. Ann Nalley Award for Volunteer Service to the American Chemical Society (ACS) at the ACS Midwest Regional Meeting, held Oct. 18-20 in Lawrence, Kansas. The award recognizes the volunteer efforts of individuals who have served the American Chemical Society through their local section, regional and national activities.

Duffy-Matzner, a professor of chemistry at Augustana, has been a member of the ACS since 1992 and has served in various regional and national roles, including her current elected position on the ACS Committee on Committees. Her past service to the ACS has included membership on the committees for Meetings and Expositions and Local Section Activities. She has also served as the chair of the ACS Speaker Service Advisory Board. She is a current member of the Midwest Regional Executive Board and previously served as the awards coordinator for the Midwest Region. She has also served the ACS Sioux Valley Local Section in various volunteer capacities.

Dr. Jetty Duffy-Matzner is an organic methodologist by training. She also has experience in industrial polymers and forensic science. She is active in the field of chemical education and has served as an editor for several chemistry publications. She is a graduate of Boise State University and earned her Ph.D. from the University of California, Davis. Her research centers on the synthesis of heterocyclic compounds with interesting biological or material science applications; particularly in the fields of drug design, solar cells and environmental chemistry.

Duffy-Matzner is a past recipient of Augustana's Vernon and Mildred Niebuhr Faculty Excellence Award for Teaching.