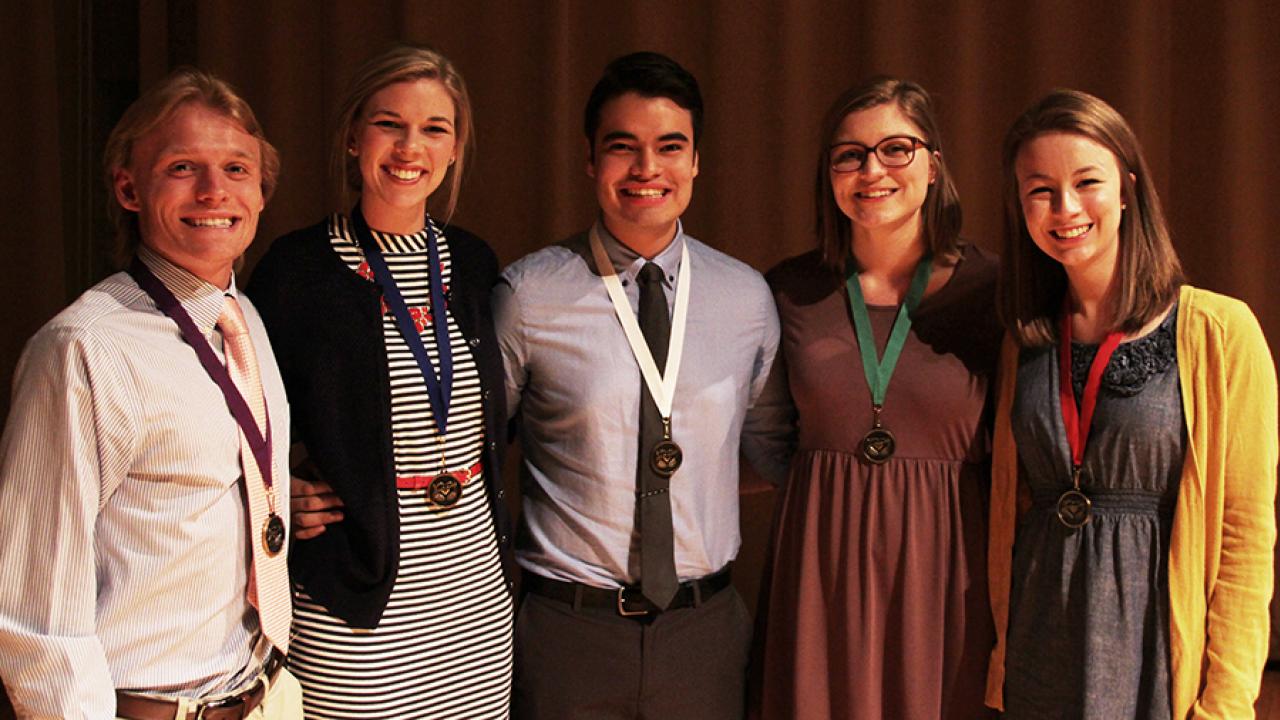 Five students were recognized for their exemplary commitment to the values of Christian faith, the liberal arts, academic excellence, community and service, respectively, at Augustana’s 2017 Covenant Award ceremony, held Friday on campus. The ceremony was part of Verdier 2017, a week-long celebration of the core values that serve as the foundation for Augustana’s academic and student life programs.

The 2017 Covenant Award recipients are: 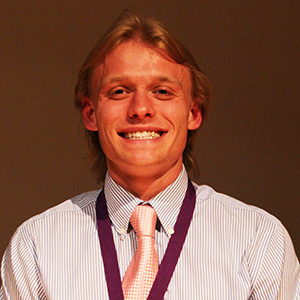 In receiving this award, Krohnke was described by his nominators as someone who “is a selfless and caring person that is easy for others to confide in and engage in deep and genuine dialogue."

"His desire to learn and grow in faith is evident in both his openness to conversations around questions of faith and in his unflinching willingness to serve. He does not just talk about faith but reaches out in his campus role to engage the gospel of Jesus Christ with students and faculty."

One nominator wrote, “I know that the greatest impact is his work with individual students. He watches the interactions in classes and works with students who are struggling with the difficult questions of religion/faith. He listens and respond with grace and eloquence.”

Krohnke serves as president of the Augustana Chapel and also serves at the Latino ELCA congregation Pueblo de Dios. Following graduation, he plans to attend seminary.

Krohnke is from Waukee, Iowa, and is majoring in biology, religion and Spanish. 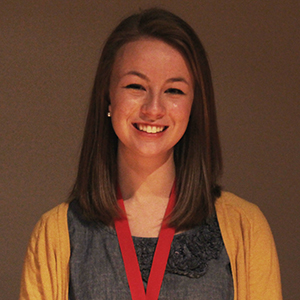 In receiving this award, Mabry was described by her nominators as someone who “purposefully incorporates theories and analysis from other disciplines into her work.” That interdisciplinary approach recently led a regional, professional conference to accept a paper by Mabry.

Nominators said Mabry excels at connecting classroom learning with co-curricular interests as well as to important issues of human existence through her with involvement in Serving and Learning Together (SALT), her work at the Augustana Writing Center, her leadership of the English Conversation Table, her membership in Alpha Kappa Delta Sociology Honor Society and Sigma Delta Pi Spanish Honor Society, as well as her experiences exploring the history, literature, religious practices, politics, and economics of other countries through several study abroad courses. She has also volunteered as an ACE Ambassador.

“(She) has shown her academic and personal commitment to the issues of community, justice, cross-cultural awareness, race, gender, immigration and family," her nominators wrote.

"She has a future life of service, involvement, activism and continued commitment to the liberal arts and life-long learning."

Mabry is from Fort Collins, Colorado, and is majoring in sociology and Spanish. 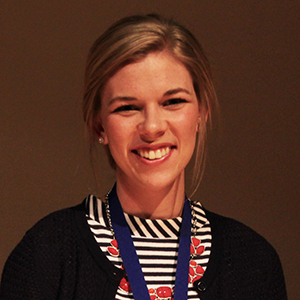 In receiving this award, Graber was described by her nominators as someone who lights up a room.

“Her relentless effort to excel through hard work and compassion has inspired many other classmates to work harder and choose a path for excellence,” her nominators wrote.

"She has routinely reached out to others who are struggling, either academically or socially at Augustana, and made it a priority to genuinely help those individuals, turning a challenging situation into a lasting moment for everyone." 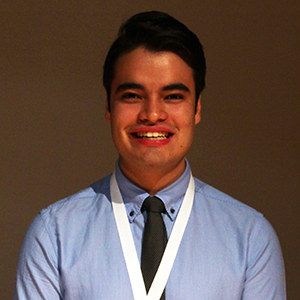 In receiving this award, Garcia was described by his nominators as someone who is “welcoming, supporting and encouraging.”

“He is passionate about beliefs and is skilled at listening deeply to others — even those with whom he disagrees.”

His nominators called him a “diplomat in the best sense of the word, operating between groups and across barriers to build mutual understanding."

"He has a spirit of community infused in all actions and has embraced and strengthened the global community at Augustana."

Garcia is from Quito, Ecuador, and is majoring in government and international affairs/political science and German. 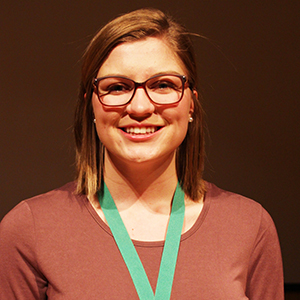 In receiving this award, Schmitz was described by her nominators as someone who “is always looking for activities that aid other people.”

"She invites people to come and join in volunteer activities, to drive them if they need a ride, and work side by side with them. She does many things behind the scenes to set up for an activity and often is the last one to leave after the clean-up."

Another nominator wrote that “even more inspiring than the words she gave during a senior sermon, was her dedication to living a Christ-centered life, which heavily involves serving her community.”

Schmitz is from Sleepy Eye, Minnesota, and is majoring in computer science, business administration and computer information systems.