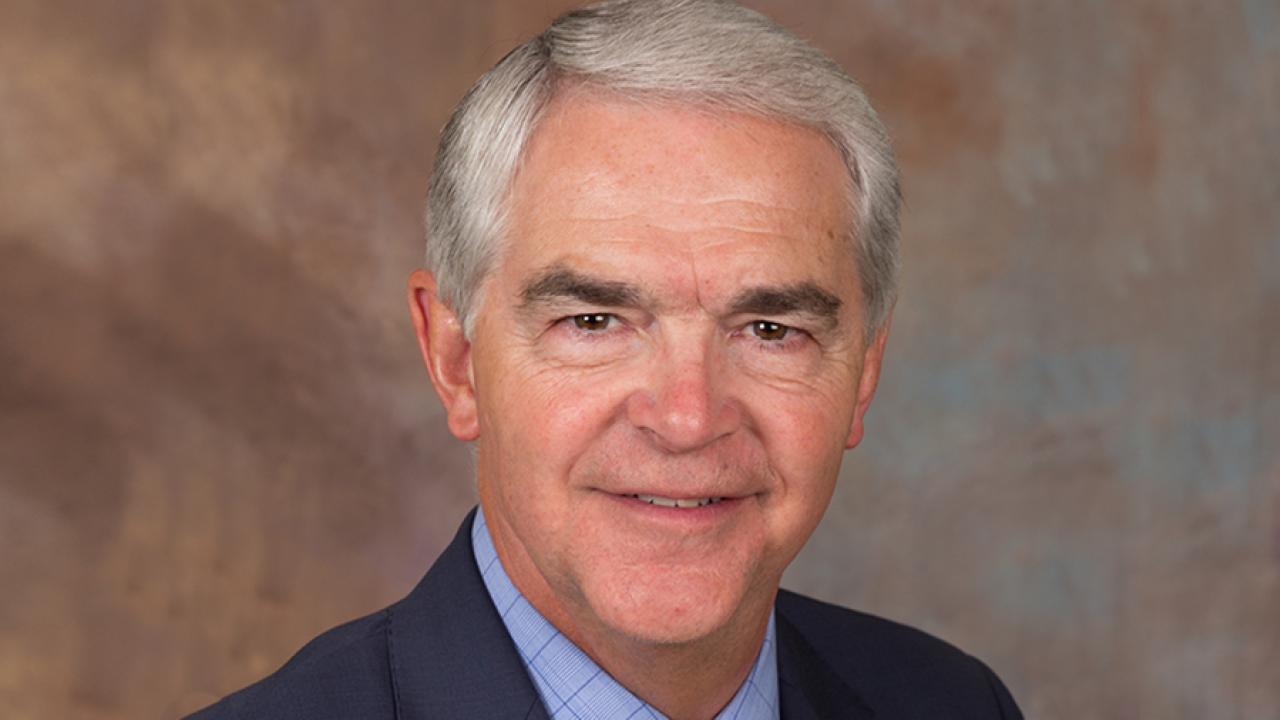 Augustana University President Rob Oliver has announced he will retire on July 31, 2017.

Oliver, 62, shared the news with Augustana faculty and staff at a meeting this afternoon in the University’s Chapel of Reconciliation.

“For my wife, Angie, and I, the opportunity to serve Augustana has brought us incredible joy. Someone once said, ‘If you want an interesting life, surround yourself with interesting people.’ This campus is filled with the most interesting, passionate, dedicated and innovative people we’ve ever met. We feel so fortunate to have had the opportunity to learn from and collaborate with our amazing professors, to work alongside our talented staff, and to watch our students grow and develop lives of meaning and purpose. It’s been an honor and a privilege, truly.”

Oliver’s retirement will mark the end of 25 years of service to Augustana. He has served as president for 11 years. Prior to being named Augustana’s 23rd president in 2006, he served on the faculty as chair of the Business Administration department for two years. Before that, he was a member of Augustana’s Board of Trustees for 12 years.

Becky Blue ’81, chair of the Augustana Board of Trustees, praised Oliver for his leadership, vision and humility.

“In its 156-year history, Augustana has been blessed with great leaders — outstanding luminaries from different backgrounds, who each worked to advance the mission of this great place. Rob has been a phenomenal president. He has been the right president at the right time. He has led with faith and a servant’s heart, a great sense of community, a commitment to excellence, and a deep understanding of connecting liberal arts education to a world that needs it.

“We often say that Augustana is the place where great thinkers come to dream big dreams and forge new pathways toward a brighter tomorrow,” Blue said. “Rob has been one of Augie’s greatest thinkers and one of our best dreamers. His ability to think strategically and communicate effectively, while inspiring and motivating others are the reasons why he’s such a great leader.

“You won’t hear him talk about his accomplishments though,” Blue continued. “That’s because Rob is best known for shining his light on the work of others. His encouragement, his compassion, and his humility make him a joy to work with, and a joy to work for.

“The Augustana Board of Trustees extends its deepest thanks and gratitude to Rob and Angie Oliver for their service to Augustana,” Blue said. “And we wish them all the best in their future endeavors.”

Major accomplishments during Oliver’s tenure as president include: