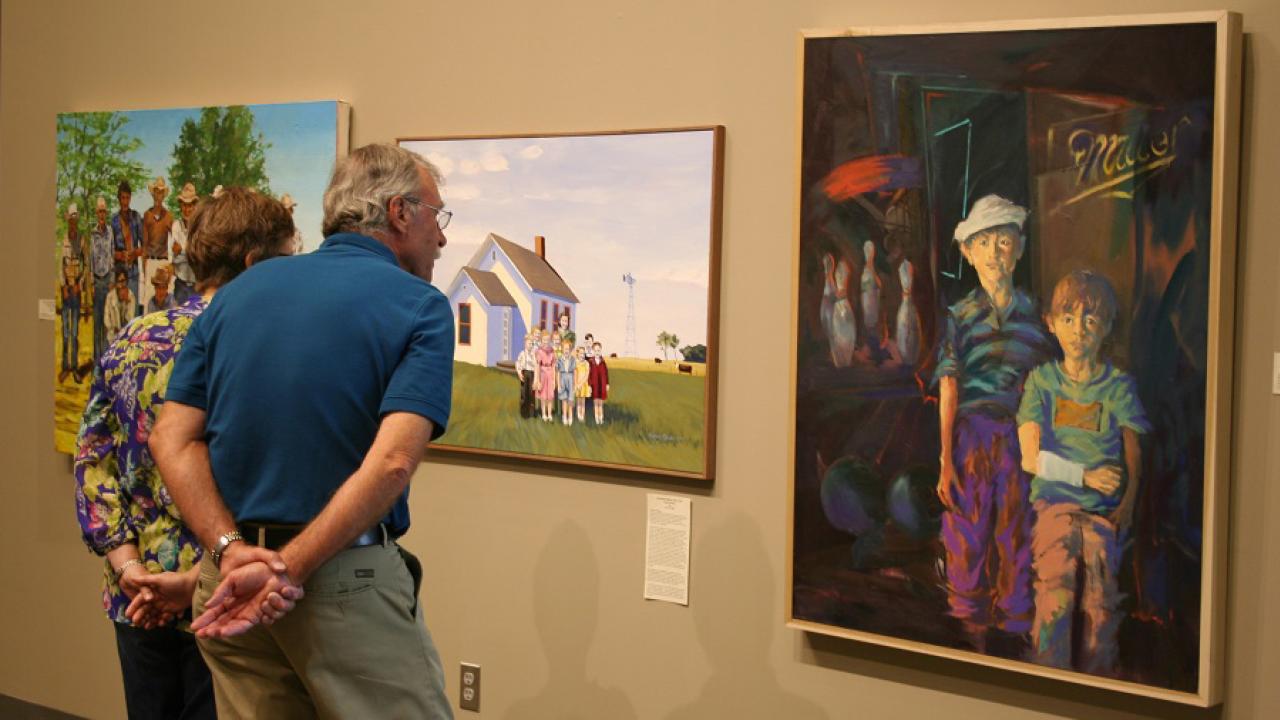 The Simmons/Madsen/Nelson/Elmen galleries of the Center for Western Studies (CWS) are currently displaying a juried art exhibit and sale of original works of art by current and past residents of South Dakota in observance of the state's 125th anniversary of statehood. The exhibit and sale, which runs June 10 through September 27, is entitled “South Dakota 2014 Art Exhibit and Sale: Observing the State's 125th Anniversary.” A public reception will be held Thursday, June 12, from 4-6 p.m.

The juried exhibit includes a $2,500 grand prize, which was announced at the public reception, and $1,500 in additional cash prizes, funded by the Center for Western Studies. The winners are:

Available at the CWS Gift Shop

South Dakota 125: A Pictorial History
One picture represents each year, beginning in 1889 and continuing to today. Printed and published by South Dakota Magazine. Coffee table quality, 220 pp., black and white — an artistic souvenir of our quasquicentennial and a great gift!

Reveille for Sioux Falls
In this new, illustrated history of the Army Air Forces Technical School, author Dr. Lynwood E. Oyos proposes that, along with its air base, the school changed Sioux Falls in the post-World War II era as much as the railroads did in the 19th century.