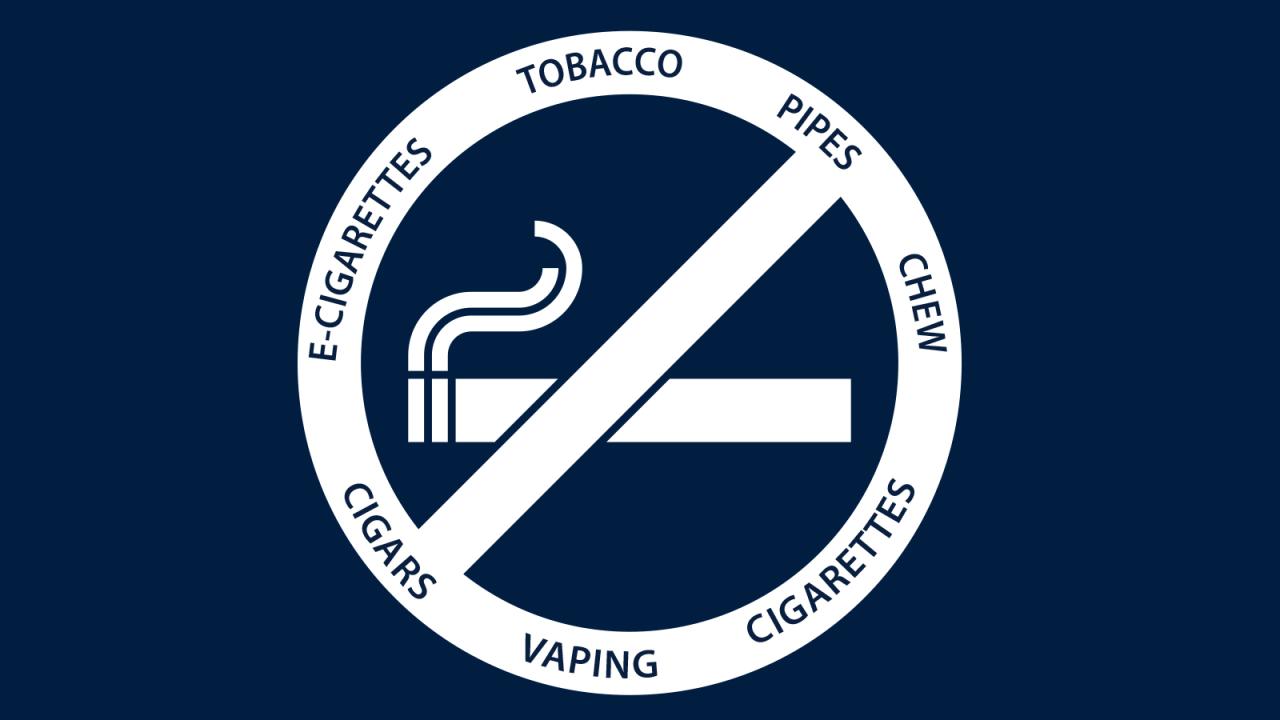 In an email to the campus community, President Rob Oliver said the decision reflects the University’s mission and takes into account feedback from students, faculty and staff.

“This decision aligns with our efforts to promote a healthy environment for students, employees and visitors and it also reflects the desire of a majority on campus who said they wish to limit tobacco use where they study and work — and, in the case of our students — at the place they call home,” Oliver said.

In 2016, the Augustana Student Association's student senate surveyed students to gauge their views about tobacco use on campus and passed a resolution recommending the University adopt a tobacco-free policy. Earlier this year, Human Resources surveyed faculty and staff on the same topic. Key findings of the survey include:

The majority of students, faculty and staff do not use tobacco products.

Most students, faculty and staff want the Augustana campus to be tobacco-free.