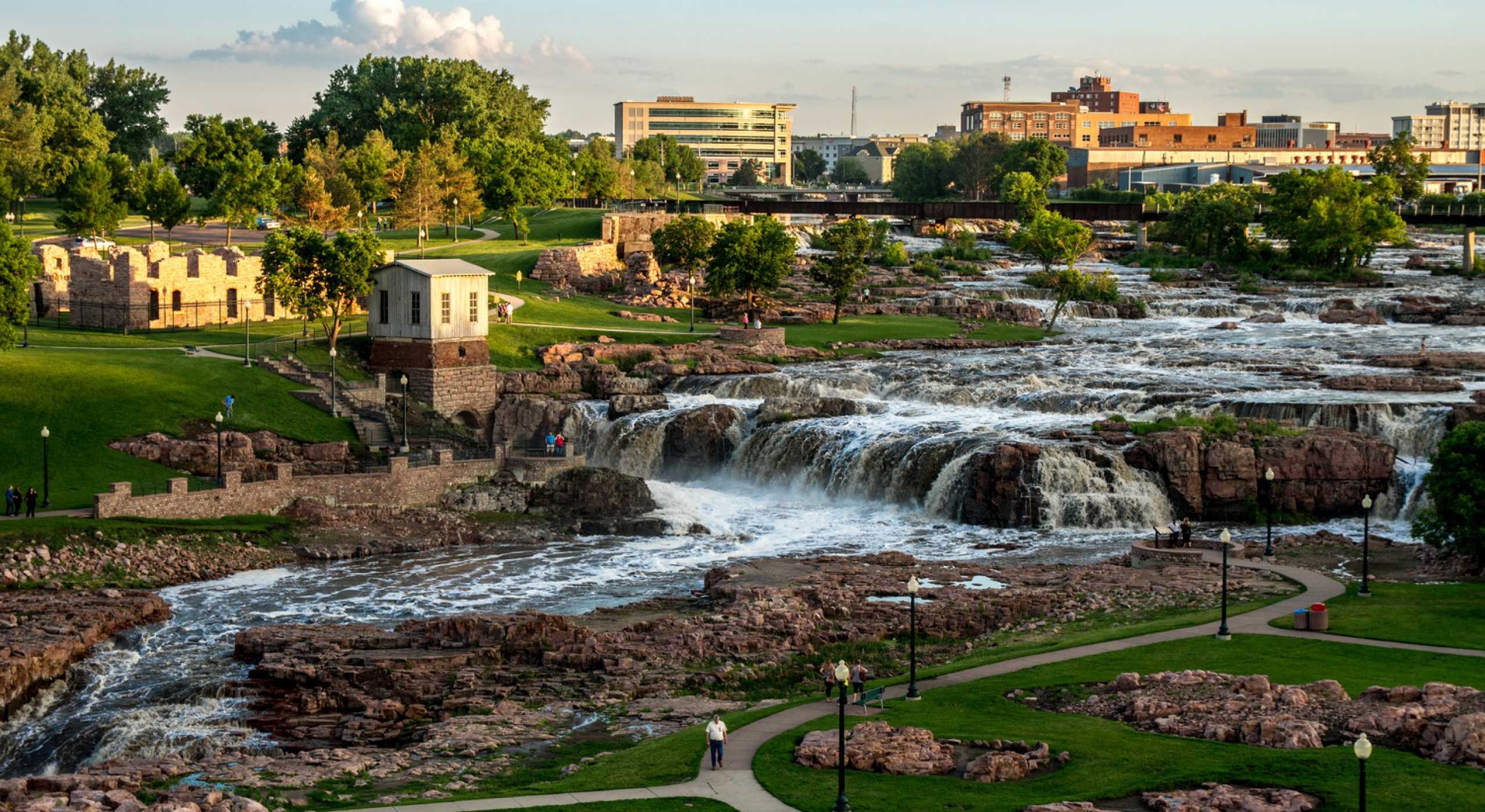 With an estimated population of 195,850 – more than 270,000 with its suburbs – a robust economy, countless outdoor activities, hundreds of restaurants, coffee shops and stores, sought-after internship and clinical opportunities, and a vibrant entertainment scene, Sioux Falls is a great place to spend four years.

Augustana thrives in Sioux Falls, a city known as one of the fastest-growing metropolitan areas in the heartland of America. With an estimated population of more than 187,200, it is the largest city in South Dakota. Our residents are known for their hospitality and rejoice in the beauty of four distinct seasons, which provide a variety of outdoor recreational activities.

Sioux Falls is the business, health care, shopping, entertainment, and cultural center of the region. Some of our largest employers include Sanford Health, Avera Health, Wells Fargo, Citi, and the Sioux Falls School District. These organizations represent a small sampling of the many internships, practicums, and part-time jobs that enhance and support the education of Augustana students. For example, our students may join scientists from around the world at the EROS Data Center to work on United Nations projects and to study satellite imagery.

For several years, Forbes magazine has ranked Sioux Falls first among small metropolitan cities in the U.S. as the best place for business and careers. National Public Radio (NPR) featured Sioux Falls' rapid business growth in an NPR radio segment. Read what others are saying.

Sioux Falls is less than a day's drive of major metropolitan areas such as Minneapolis/St. Paul (4 hours), Chicago (9 hours) and Denver (10 hours), as well as natural wonders such as the Badlands, the Black Hills and South Dakota's most famous monument, Mount Rushmore. The Sioux Falls Regional Airport is served by Delta, United, American, Frontier and Allegiant Air — providing easy access to the world. The city is easy to navigate by car, bus and bicycle. The University’s central location places students within walking distance of restaurants, grocery stores and more.

In addition to Augustana’s NCAA Division II intercollegiate athletic programs and intramural sports, Sioux Falls is home to four semi-professional sports teams: the Canaries (baseball), Storm (arena football), Stampede (hockey), and SkyForce (basketball), providing hours of entertainment as well as internship opportunities. Additionally, Sioux falls has a fantastic 20-mile bike trail that loops around the city following the Big Sioux River, with several adjoining public parks. Great Bear Recreation Park offers downhill and cross-country skiing as well as snowboarding in the winter and hiking trails in the summer. Sioux Falls is also home to a number of golf courses, a water park, and of course, Falls Park, the city's namesake. For those who love the outdoors, South Dakota is widely known for its spectacular hunting and fishing. 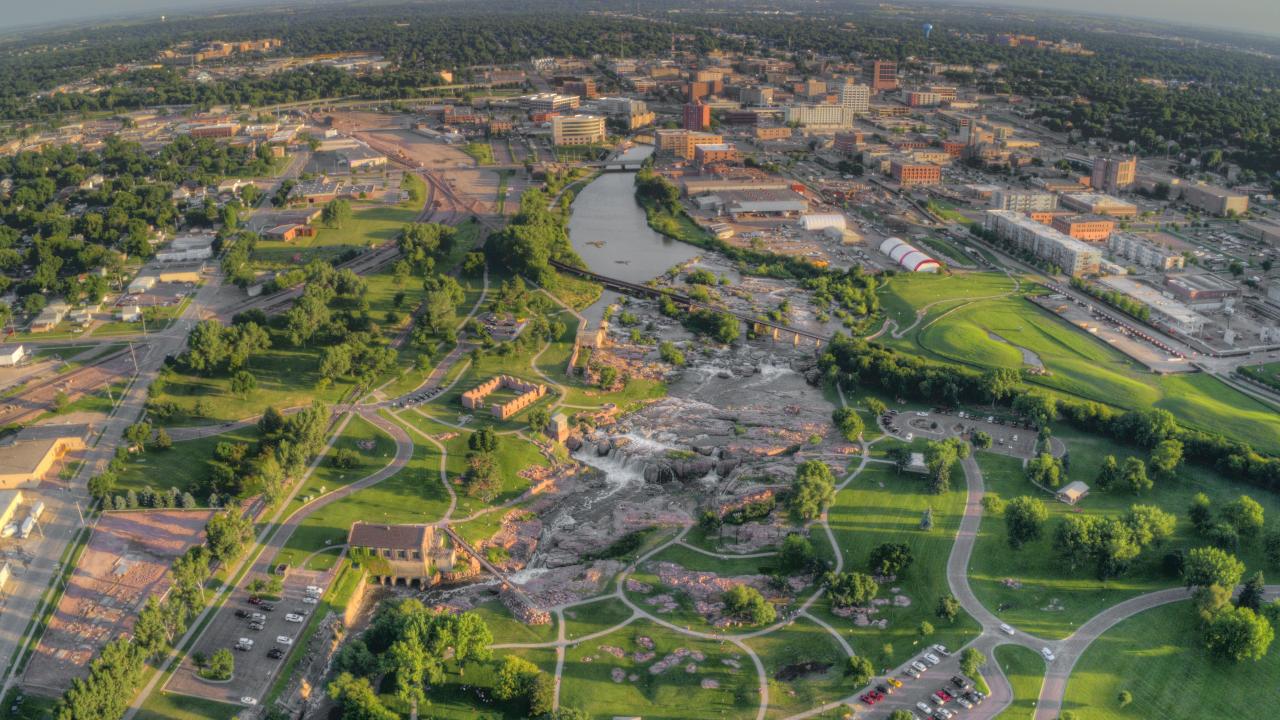 For more information about Sioux Falls