The Augustana Advancement team concentrates efforts in the areas of university strategy, development, annual and planned giving, alumni relations and event services. We have a dedicated staff member serving alumni and friends in the greater Twin Cities area of Minnesota.

The Office of Advancement is located on the third level of the Administration Building, located at 2001 S. Summit Ave.

The Twin Cities Office is located in Eagan at 860 Blue Gentian Road, Suite 293.

As chief strategy officer and executive vice president, Dr. Homan oversees development and execution of strategic initiatives, advancement, alumni engagement, communications and marketing, institutional research, enterprise data analytics as well as the Augustana Research Institute. Prior to her roles at Augustana University, Dr. Homan spent more than a decade as superintendent of the Sioux Falls School District, where she was responsible for more than 25,000 students. She also served on the Augustana Board of Trustees for a number of years before joining the university leadership team. She received both her bachelor’s and master’s degrees from Augustana and her Ed.D. from the University of South Dakota. 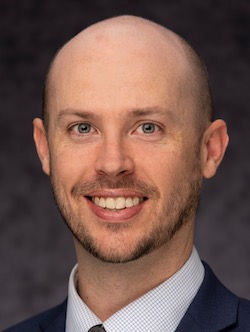 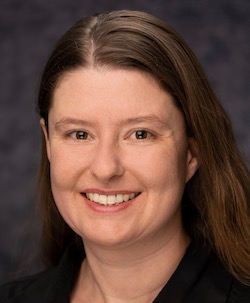 Dr. Smith provides data, analysis, and reporting to inform university policy and to support strategic planning and decision-making processes. With the Augustana Research Institute, she directs cross-sector measurement, analysis, and knowledge management research for communities and organizations on behalf of the university. Suzanne was previously Director of Research and Evaluation for the National Association for Urban Debate Leagues. A Sioux Falls native, she earned an A.B. from Brown University, an M.A. in sociology from the University of Chicago, an M.Ed. in teaching from the University of Sioux Falls, and a Ph.D. in sociology from South Dakota State University. 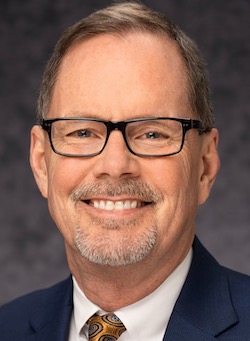 Mike is Director of Development. He works with donors to secure major gifts and planned gifts to the University. From 2004 to 2010, he was Executive Director of the Sioux Falls Catholic Schools Foundation. He earned his bachelor's degree from USD, majoring in business administration. 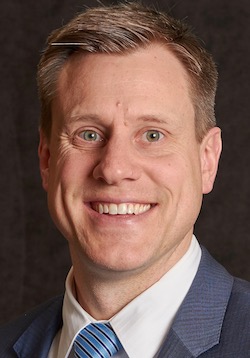 Joel Gackle is the Senior Director of Alumni Engagement. Joel strategically develops and implements a comprehensive alumni engagement model while also being responsible for managing relationships with a portfolio of major gift prospects and current donors. With over 10 years of team leadership experience in higher education, Gackle most recently worked at Click Rain developing and managing new business before joining Augustana. He’s a graduate of Bethel University in St. Paul, MN with an MBA from Vanguard University (CA). 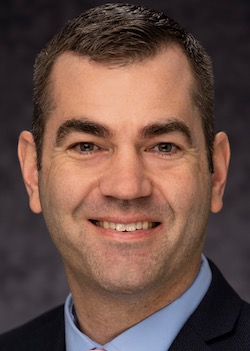 Paul Rasmussen joined Augustana in October 2019 as the Director of Development for the Twin Cities and is excited to connect with alumni, parents, and friends to advance the mission of the University. With over 15 years of fundraising and nonprofit management experience, Paul has worked in development roles with Fox Advancement and Greater Twin Cities United Way in Minneapolis, Emory University in Atlanta, and Sanford Health and Lutherans Outdoors in Sioux Falls. A native South Dakotan, he holds a B.A. from Augustana University and an M.B.A. from Emory University's Goizueta School of Business. 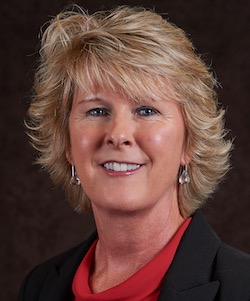 Robin is the Associate Athletic Director for Development/Executive Director A-Club. She is responsible for managing fundraising efforts and working with donors. Robin's most recent position was Director of Development at UC Santa Barbara. She was a standout basketball player at Clear Lake High School (Deuel) and University of Iowa and is a member of the South Dakota Basketball Hall of Fame and South Dakota Sports Hall of Fame. 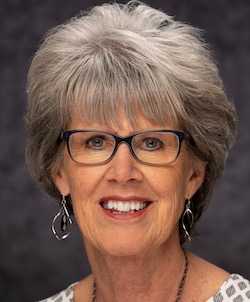 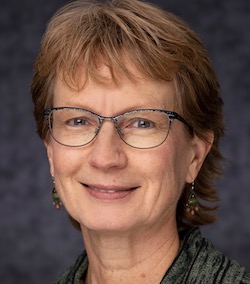 Jane is the Advancement Analyst and also works in the Business Office as an Accounting Analyst. She performs prospect research, oversees the scholarship program and assists with the database, report writing and other development areas. 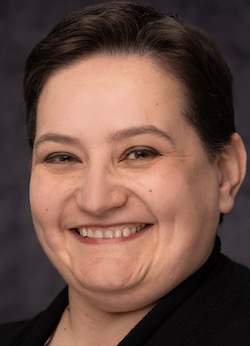 Jennifer is the Director of Event Services, joining the Office in 2011. She graduated from Briar Cliff College in 1998 and began her career at Augustana University in 1998 as the government documents assistant at the Mikkelsen Library. University events are integral to the campus community. 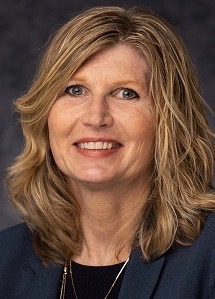 Nancy attended Hamlin High School in South Dakota and is a graduate of Southwest Minnesota State University, where she studied business administration and management. She joined the Augustana admission staff in 1990 and served as Vice President for Enrollment from 2006 to 2019. She is grateful for the opportunity to serve the University in this new role and celebrates the opportunity to connect with our alumni and friends. 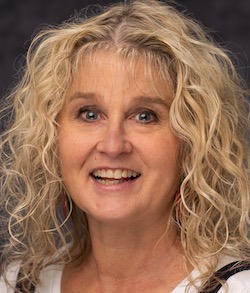 Carolyn is the Advancement Coordinator, joining the staff in July of 2014. She provides support for the Advancement office, with her main focus on Alumni Relations and Event Services. She came to Augustana from Citibank, S.D., N.A., where she worked in various roles for 26 years. 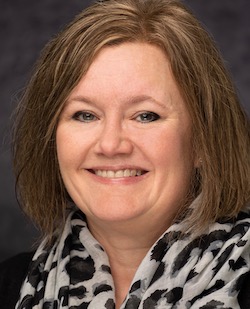 Our coordinator of gift processing, Vicki Weihe, joined Augustana in 2018. Vicki oversees all gift processing and pledges to the University and other development areas.