Augustana University today announced that Chloe Bartels '21 and Elizabeth Yoder '21 have been named the 2020 Augustana Peace Scholars. The Peace Scholars program is sponsored by the Nobel Peace Prize Forum consortium.

As Peace Scholars, Bartels and Yoder will embark to Oslo, Norway, on a seven-week academic experience designed to deepen their understanding of the central issues and theories related to peace, justice, democracy and human rights. The two will study at the Nansen Dialogue Network in Lillehammer and at the University of Oslo International Summer School on June 14-July 31, 2020.

Angelina Gibson '21 has been named the university’s alternate. She will serve as Augustana’s Peace Scholar if either Bartels or Yoder are unable to participate.

About the 2020 Peace Scholars Program Winners 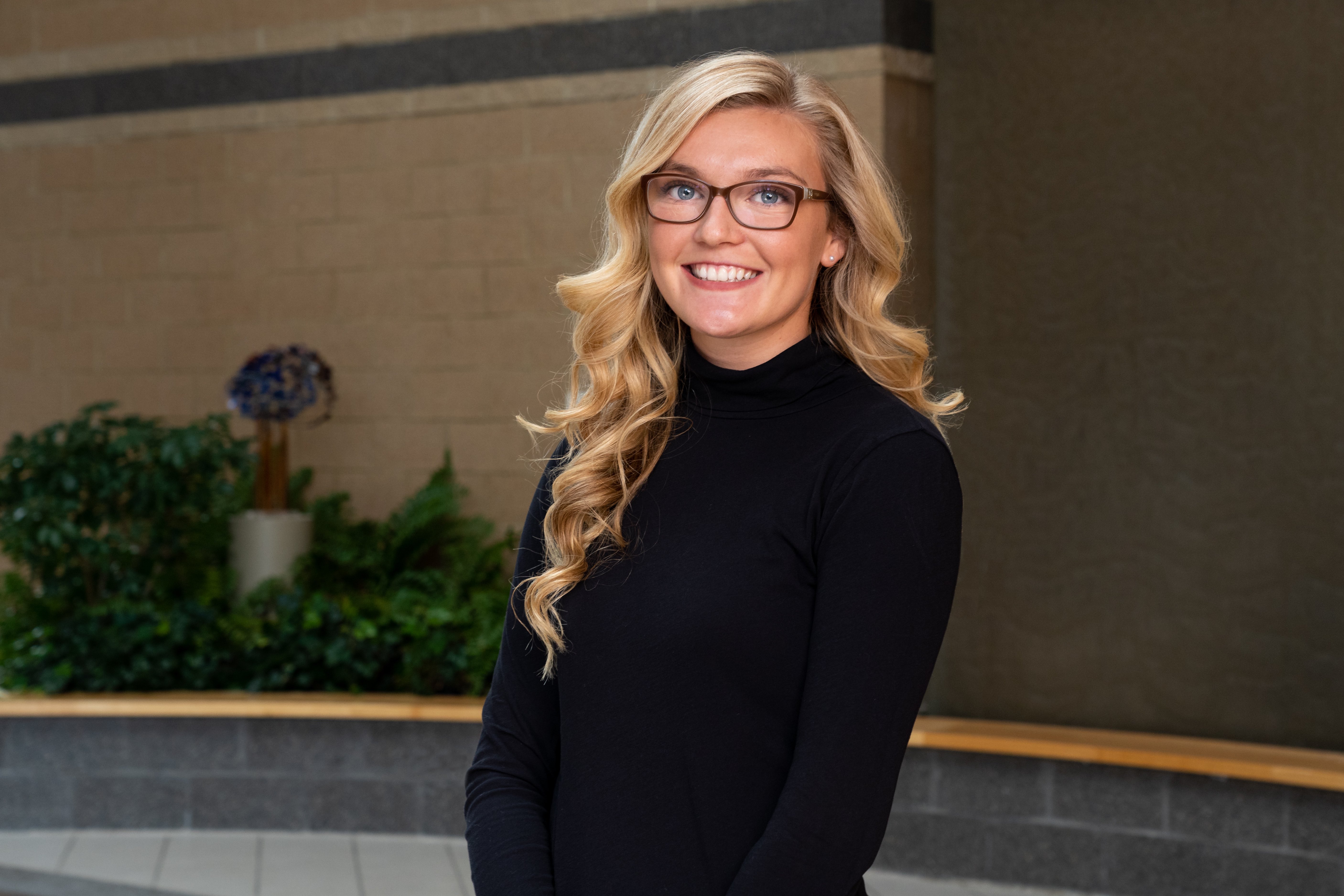 Chloe Bartels '21 is pursuing a bachelor of arts with a major in business administration, as well as government and international affairs at Augustana.

Chloe Bartels, who is a native of Winner, South Dakota, remains passionate in pursuing justice and equality. The 2018 Spirit of Sioux Falls Scholarship recipient, as awarded by the Sioux Falls Development Foundation, recently finished an internship at the U.S. Embassy in Lima, Peru where she says she experienced the capacity of the U.S. government on a global scale. Bartels spent the summer of 2018 in Washington, D.C. interning for then-U.S. Rep. Kristi Noem. Bartels says the amount of communication and cooperation necessary to pass even the simplest amendment allowed her to realize that if she wants to create change, she has to continue sharing dialogue and engaging in uncomfortable conversations. Bartels has also interned in the Sioux Falls offices of Sens. Mike Rounds and John Thune. 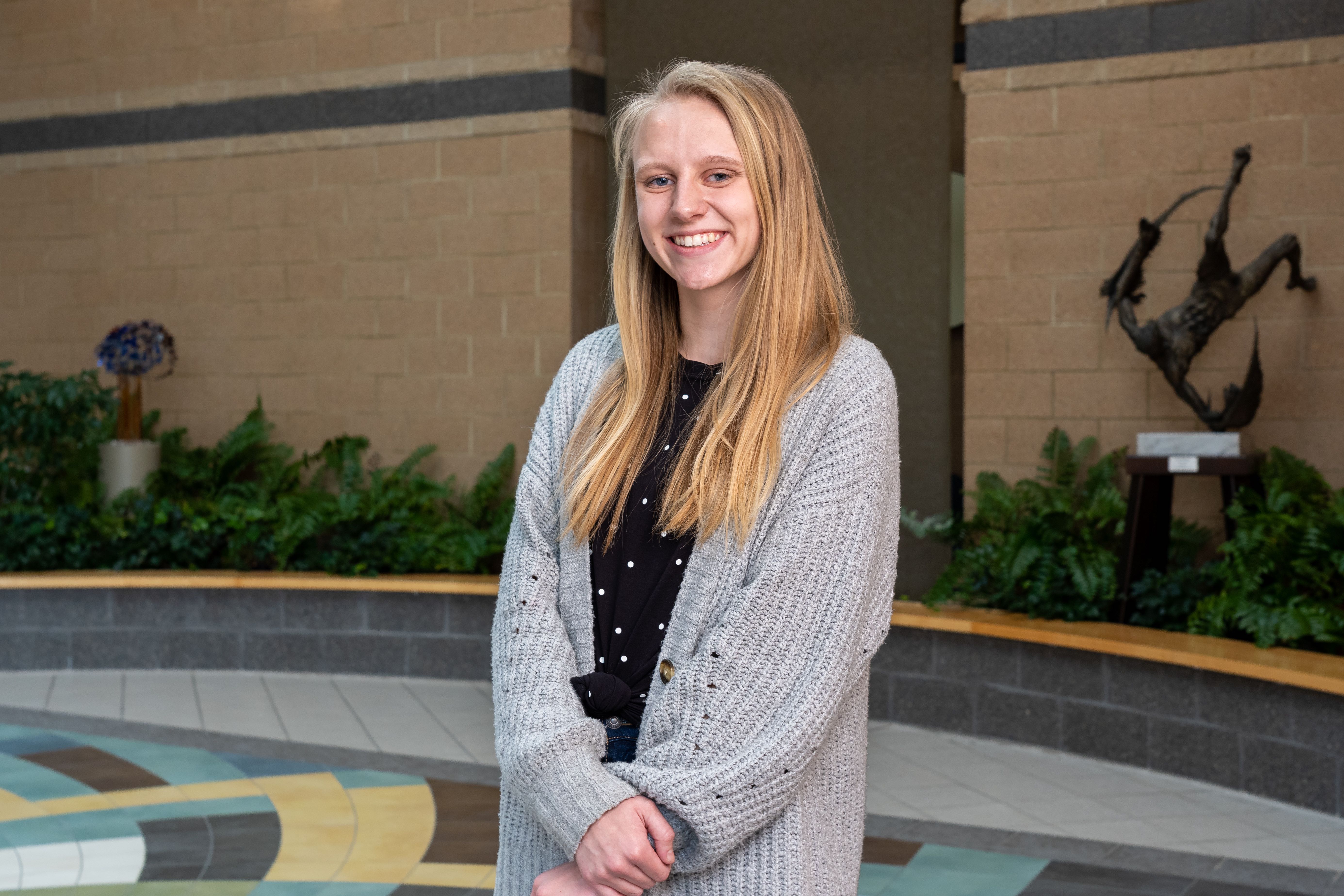 Elizabeth Yoder '21 is in the Civitas Honors Program double majoring in government and international affairs, as well as religion, philosophy and classics.

Elizabeth Yoder works for Church on the Street where she actively works with the unhoused, makes house calls to congregants and organizes volunteers. The Dickinson, North Dakota native is currently a teacher for an immersion youth group in Sioux Falls and interns at the Center for New Americans for Lutheran Social Services where she mentors and helps teach classes for new citizens. Yoder is heavily involved in activities on campus including the Economics Club, Augustana Democrats and Augie Feminist Equality Movement (FEM). She is also on the Augustana Cross Country and Track and Field teams, Co-President of the Augustana Classics Society and has worked in the Augustana Chapel planning events.

In the short term, Yoder has a goal of pursuing a master of public policy or doctorate of jurisprudence in order to help work on policies related to refugees. She says the Peace Scholars program would give her the opportunity to look at what causes the displacement of people and what is currently being done to help.

About the 2020 Peace Scholars Program Alternate

Angelina Gibson is in the Civitas Honors Program majoring in music, English and religion, philosophy and classics in hopes of pursuing a career as a professor of ethnomusicology and ethnodanceology — studying the interrelations of dance and music within different cultures, with specialization in the Middle East.

For Gibson, it's not enough to simply create an artistic product about a topic, but to educate the audience so they can continue to push for change. Gibson has created an arts organization called The ArtiTänzer Project (ATP), centered on inspiring dialogue and discussion through original works, which is the first fine-arts dance company in Augustana's history. Also, as the company’s artistic director, Gibson says she's committed to the promotion of international voices and cultures. In November, she established an international initiative that includes non-Western dance styles in ATP’s studio classes that has at least one representative from each international student population. Through the South Dakota Symphony Orchestra Lakota Music Project, Gibson has seen the immense effect artistic collaboration can have on a community. Gibson says the Peace Scholars program would help provide her with insight on how peace could be attained through intercultural dialogue and enhance the arts’ role in relations on national and international levels.

Gibson is heavily involved in the arts as a private piano instructor, an instructor and choreographer at Dakota Academy of Performing Arts (DAPA) at the Washington Pavilion, as well as an art gallery attendant at Augustana's Eide/Dalrymple Gallery. She's also an accredited writing tutor in the Augustana Writing Center and is a member of the English honors society, Sigma Tau Delta.

About the Peace Scholars Program

The Peace Scholars program is an outgrowth of the Nobel Peace Prize Forum. Beginning in 2019, Augsburg University began hosting the Human Rights Forum, an annual event held in Minneapolis to inspire students and citizens to become active participants in peacemaking efforts around the world.

Through an application and interview process, students are selected and awarded a seven-week academic experience held at The Nansen Dialogue Network in Lillehammer and The University of Oslo International Summer School.