All summer, as part of its Viking Flex Plan, the university and Viking Athletics have been preparing for the various scenarios that COVID-19 might throw its way, while also following guidelines offered by the Centers for Disease Control and Prevention (CDC).

Luke Groth, assistant athletic director for internal operations, said, “Everyone is 100 percent new to COVID-19; there’s no manual, there’s no playbook of how to approach this thing.”

Still, in preparation for the return of athletic competition and fans someday, Groth says the university had to figure out how many people should attend different events, where they should sit and how they should safely maneuver around its facilities. Like other higher ed institutions navigating uncharted waters, they needed a place to start. So, Groth tapped into the university’s most valuable resources: its faculty and students.

“It is interesting that our new GIS course is so pertinent right now with COVID-19, that it can have applications to classrooms and student activities,” said Associate Professor of Mathematics Carl Olimb. 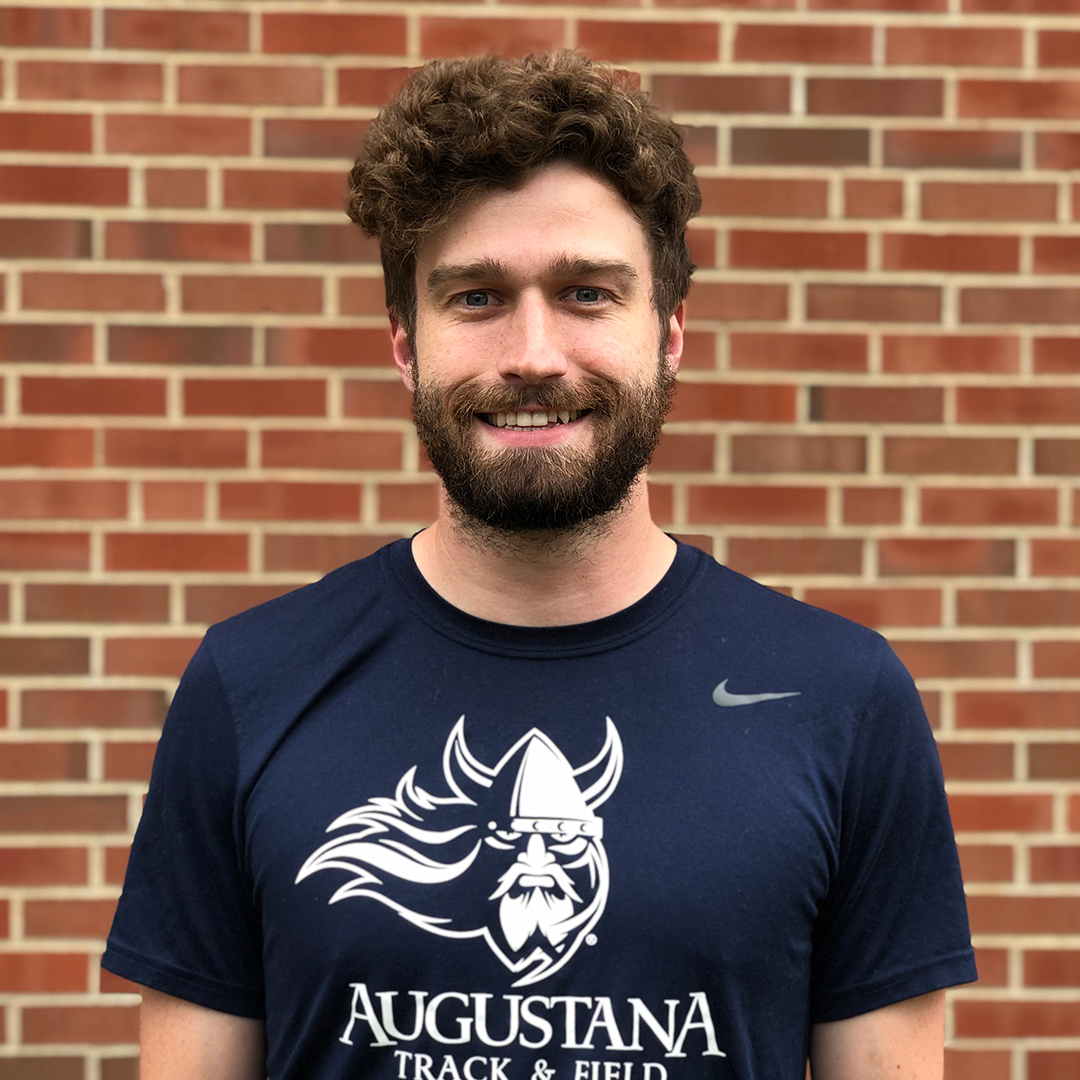 Like so many faculty tend to do at Augustana, Olimb referred Groth to a student — Wyatt McLeod ‘21. The Nebraska native is a cross country athlete and mathematics major who just finished Augustana’s geographic information system (GIS) course, offered for the first time in the spring of 2020. The project was perfect for McLeod as his summer research plans had fallen through due to the pandemic.

“I feel really privileged that they trusted me. I was excited about the opportunity to show the wider community, here’s how Augustana is preparing its students and how the university is able to work together with them to solve a problem that’s affecting everybody,” said McLeod.

Using blueprints to buildings and facilities such as the bookstore, Kirkeby-Over Stadium and the Elmen Center, as well as a GIS software program called Arcmap, McLeod worked with the university to figure out maximum capacities based on different guidelines already provided, or those that the CDC could possibly roll out in the future.

McLeod said, “It’s really neat. In specialized areas, mathematics is very concise, direct and it’s very powerful. It’s really cool that I’m going to be able to see that out and about in the world.”

Augustana’s GIS course was created by Carl and his wife, Sarah Olimb, who is a GIS Specialist for the World Wildlife Fund Northern Great Plains — an expert in the field right in Augustana’s backyard. The GIS course is being offered as part of Augustana’s new interdisciplinary environmental studies major announced in May of 2020, both funded by the Office of Sustainability. 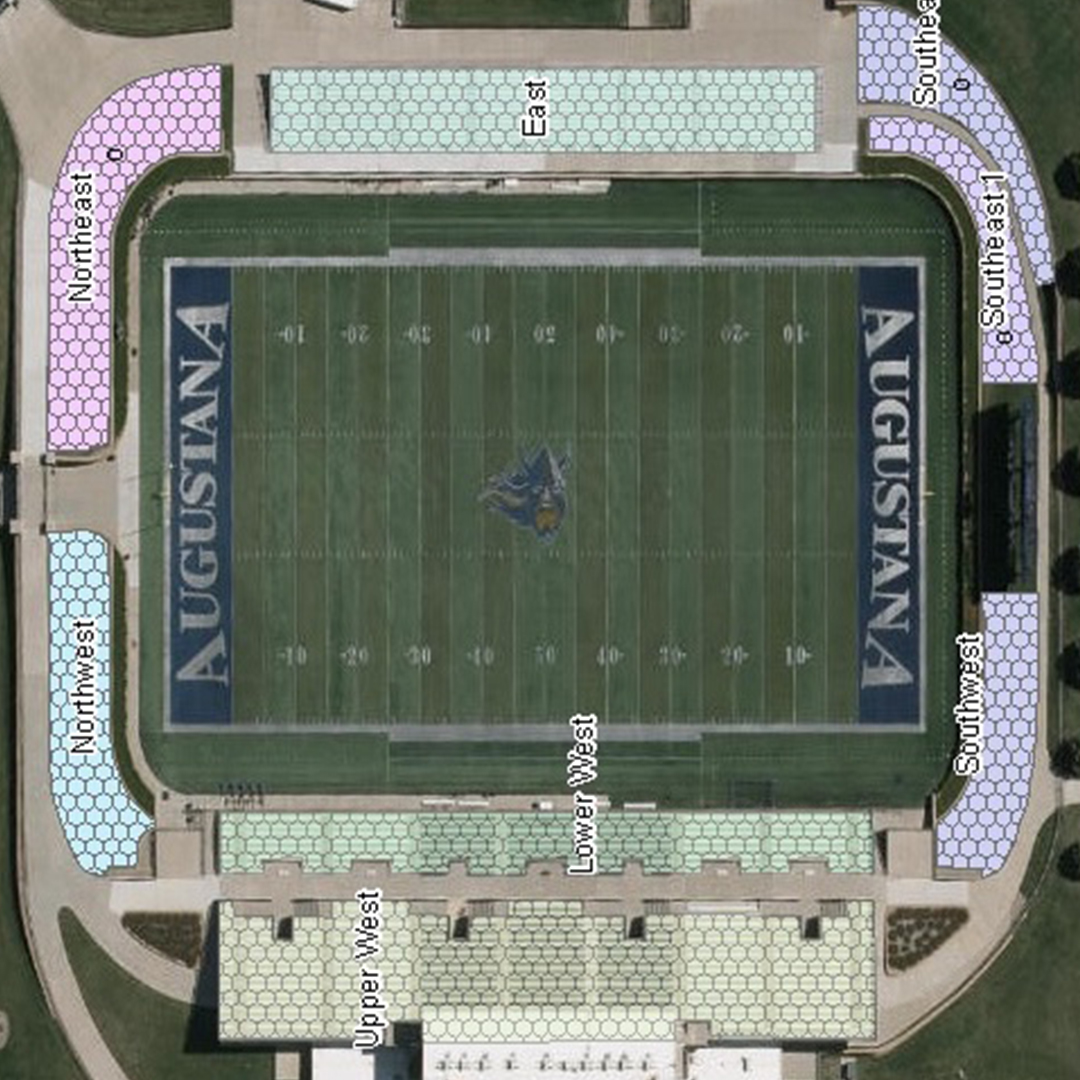 “It’s customized to the student and what they’re interested in. They come in with an idea and say, ‘I want to study COVID. I want to study traffic in Sioux Falls. I want to study gerrymandering for the election in 2020.’ All this can be broached in this course, all we have to do is find the data, start mapping it and analyzing it,” said Carl. “It’s a needed skill set in many disciplines. When students graduate from Augie, it makes them even more marketable — an advantage that other universities do not have.”

As far as sporting events are concerned, Groth says the athletics department has been working with Sioux Falls Parks and Recreation for guidance as well, which will likely include reduced capacities. He believes their biggest challenge will be trying to “change the culture” of where people post up at games.

“A number that we feel comfortable managing is what we’re going to do. When we get into the weeds of how we are going to seat people, the most important piece is spreading people out," said Groth.

Whatever the magic numbers, the university is certain the Viking community will show up — to play and cheer — harder and louder than ever. You may even see a cross country runner in the stands at a football game, to see how it all plays out, knowing he may have played a part.