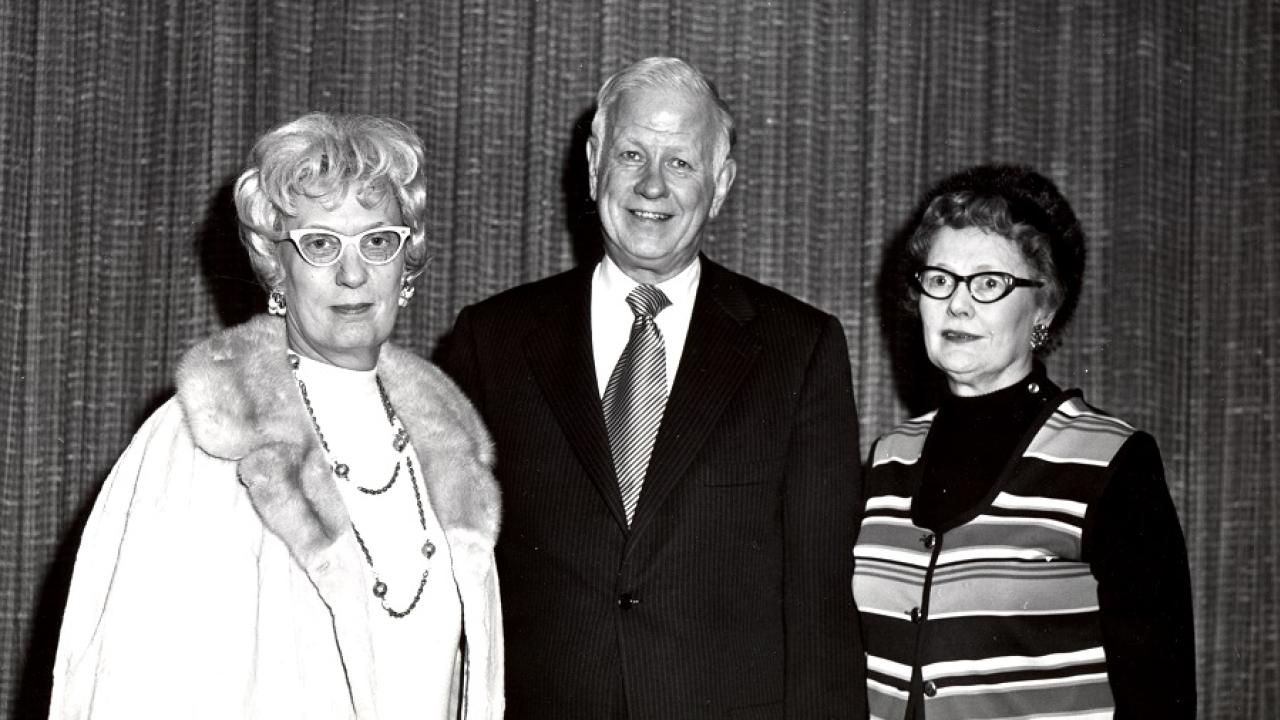 Having served the citizens of South Dakota as Governor (1965-1969) and the people of the United States as Chief Judge of the U.S. Customs Court (1971-1984), Nils A. Boe (1913-1992) devised a program whereby residents of South Dakota and the neighboring states would be provided access to “singularly knowledgeable” individuals who would address events, issues, or problems of “current worldwide or national concern and of broad public interest.” In this idea of a non-partisan lecture series for students and the general public, Governor Boe was joined by his two surviving sisters, Borghild Boe, a social work administrator, and Lois Boe Hyslop, a French literature scholar. The Boe family established an endowment at Augustana College (now Augustana University) for the Center for Western Studies that supports this major lecture series in perpetuity. To the Board of Directors of the Center for Western Studies, Governor Boe gave the responsibility to “institute and conduct” the Boe Forum on Public Affairs.

Among the Center’s purposes, as stated in its Constitution, is “To seek actively the identification of ways in which the Center can be helpful in improving the quality of social and cultural life in the region surrounding the college; to work with individuals and groups, on and off the campus, in order to achieve a better understanding of the region, its heritage and its resources; and to stimulate interest in the solution to regional problems through the application of the knowledge areas of concern to the Center.” The multi-faceted Center for Western Studies provides educational resources and conducts several programs, including the Boe Forum, to facilitate the study of the Northern Plains region.

The views expressed at the Boe Forum on Public Affairs are those of the speakers and do not necessarily reflect the position or policy of the Center for Western Studies or Augustana University.