Permanent Themes on Exhibit at CWS

Voices of the Northern Plains 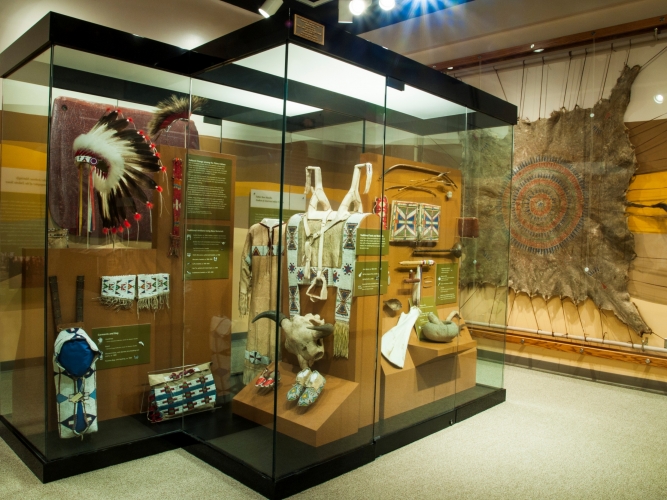 to the Corps of Discovery's encounter with the Sioux along the Missouri River...

to resistance by Red Cloud and Crazy Horse
during the Plains Indian Wars... 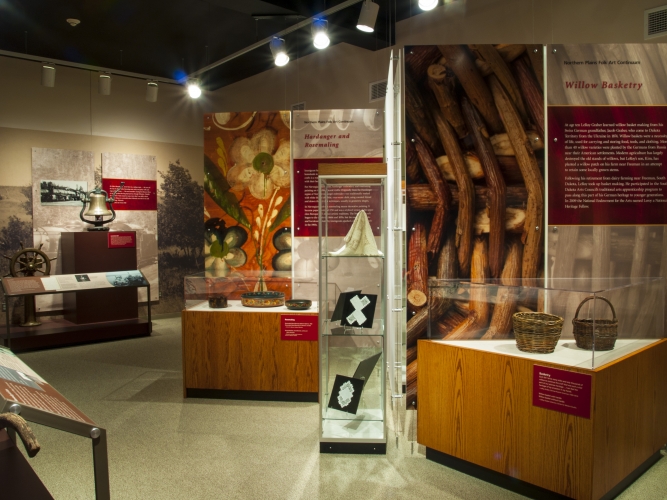 from the arrival of early missionaries Stephen Riggs, Lillie Hays, and William Cleveland who recorded their adventures in letters—and the coming of homesteaders who left behind the plow that broke the sod in eastern Dakota and the immigrant chest found in a barn near the Wyoming border—

to the imaginative re-creation of the frontier

Recent articles in the Argus Leader and Pioneer Press have discussed the Frederick Manfred display at the Center for Western Studies.

from the persistence of indigenous culture in the reinterpreted art forms of quillwork, beadwork, and parfleche, the eagle headdress by Joe Flying Bye, and the words of Oglala Lakota activist Vine Deloria, Jr....

to the enduring immigrant values seen in the 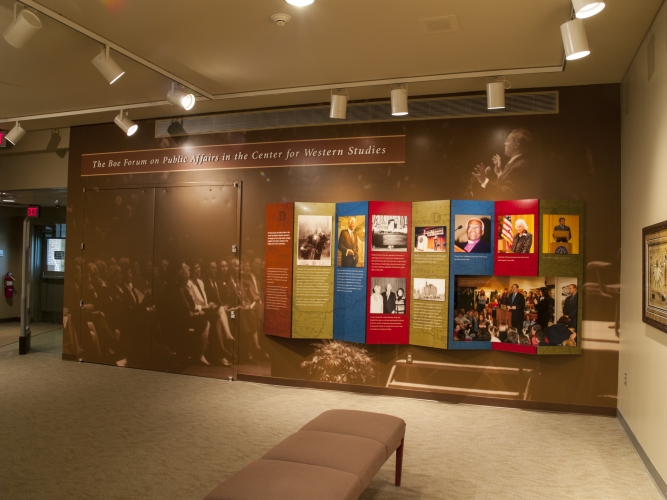 and evidenced in the commitment to education by the Boe family in offering the Boe Forum on Public Affairs to the people of the Northern Plains. 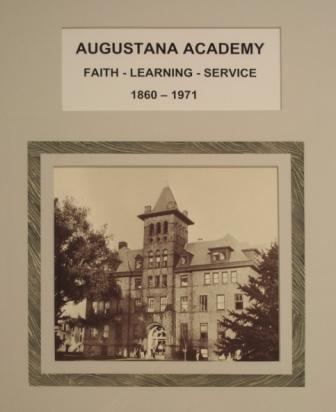 Even our archival research area features an exhibit! Visit this room on the second floor where nine interpretive panels tell the history of Augustana Academy. The Academy functioned from 1860-1971 and moved west with the college until being permanently established in Canton, SD. Famous graduates include Ole E. Rölvaag, South Dakota Governors Archie M. Gubbrud and Sigurd Anderson, and Mary (Harum) Hart. Additional Academy material is preserved in the CWS archives.