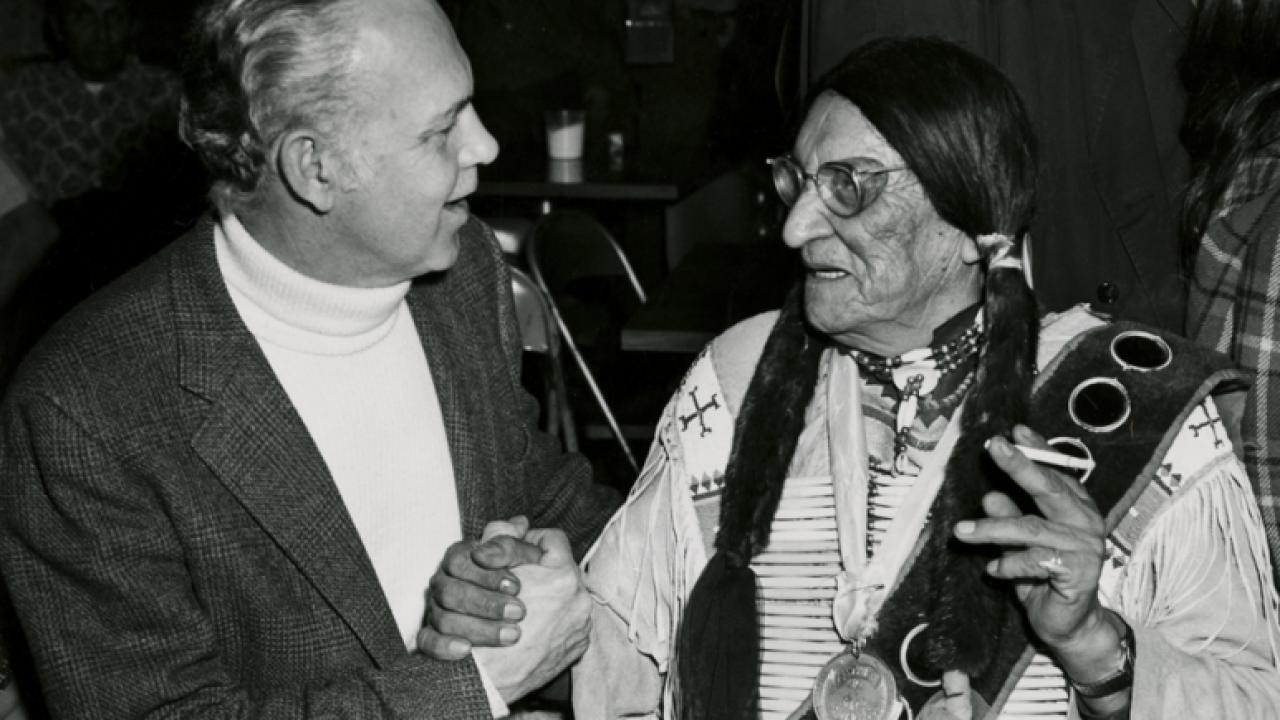 The Center has several display cases throughout the galleries that exhibit materials on a variety of changing themes. The current exhibits are:

On the Air with Your Neighbor Lady

Wynn Hubler Speece, better known as "Your Neighbor Lady," was a popular radio program host on Yankton's WNAX radio station for more than 50 years. In conjunction with this year's Dakota Conference theme of "Radio Comes to the Northern Plains: From Wireless to Wi-Fi," this exhibit by CWS Intern August Brown explores Speece's life and the regional impact of her daily homemakers program during the second half of the twentieth century.

The Ingalls Family in South Dakota

Many Midwesterners are proud to claim their state as the "official" home of famed writer Laura Ingalls Wilder, including South Dakota. During the latter half of the 19th century, the Ingalls family moved from Wisconsin to Kansas, Minnesota to Iowa, and finally to the Dakota Territory. Though Laura would later move to Missouri, she based four of the nine books in her children's series on her family's time in the area which would later become known as De Smet, South Dakota. Explore the locations of Wilder's real-life experiences as a Dakota pioneer in this exhibit by CWS Intern PattyJo English.

A Lutheran Pastor at the 1973 Occupation of Wounded Knee

In the early spring of 1973, during an era of growing protests for Native rights, American Indian Movement (AIM) leaders took over the town of Wounded Knee on the Pine Ridge Reservation in South Dakota. Early into the 71-day occupation, they invited Paul A. Boe, a Lutheran pastor from Minnesota and AIM supporter, to come to the site as an observer and friend. This exhibit by CWS intern Geena Black discusses the opposing reactions to Boe's involvement, as a pastor of the American Lutheran Church, and the legal trouble he faced afterward.

Constructed in 1917, the Coliseum event center in downtown Sioux Falls was once heralded as the "realization of Sioux Falls' hopes and plans and dreams." By the turn of the century, it was shuttered and slated for demolition. Saved by citizen vote from destruction, the Coliseum today serves as the home of the Multi-Cultural Center of Sioux Falls. This exhibit by CWS intern Haley Delaney is an exploration of the rich history of the century-old Coliseum, and the people that safeguarded it.