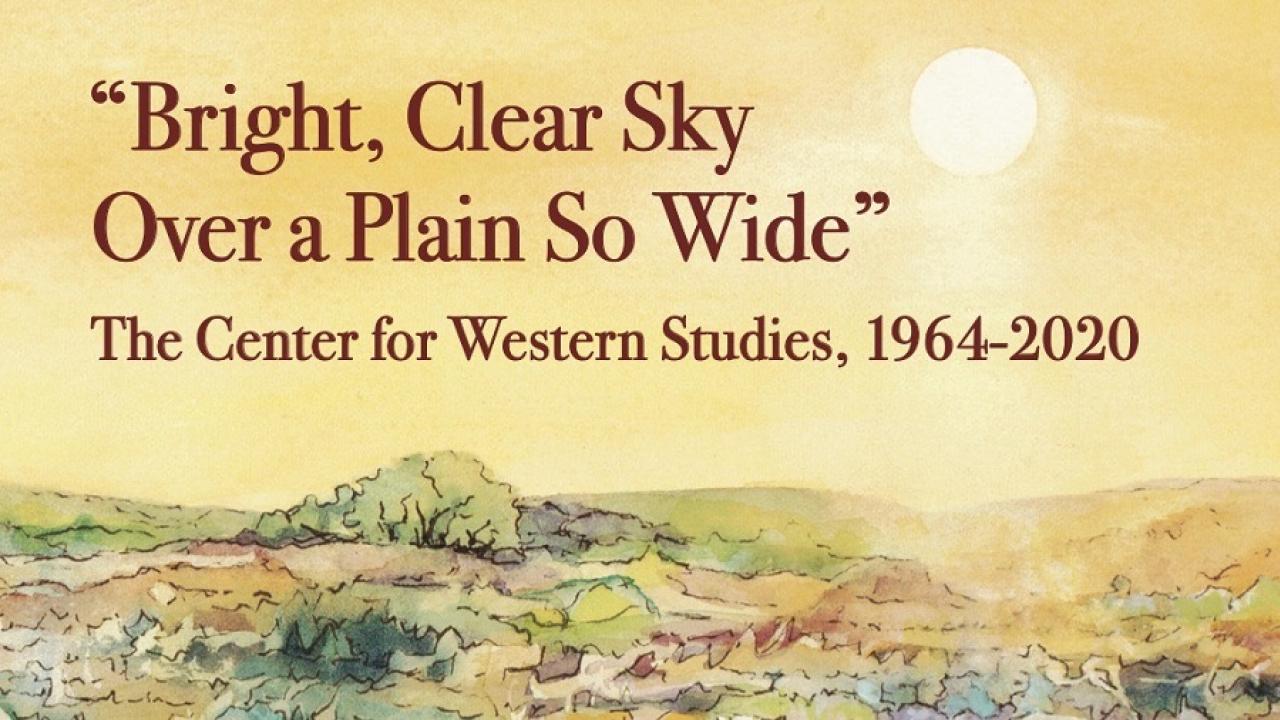 It took over 50 years to make the Center for Western Studies the cultural powerhouse it is today. "Bright, Clear Sky Over a Plain So Wide" is the story of how one of America's first regional studies centers, located in the borderlands between the Midwest and Great Plains/West, grew into a distinctive humanities, arts, and public affairs program at Augustana University.

The book traces three themes (mission, governance, and finance) throughout the center's 56-year history and examines the development of an idea to preserve and interpret the history and cultures of the region surrounding the university, while also seeking to improve the quality of the area's social and cultural life.

Launched in 1964 by English professor and historical novelist Herbert Krause, the center was expanded in 1970 by the Augustana Board of Trustees and has since been sustained by a community-university board and council.

Today, the Center for Western Studies looks forward to a future that, in the words of O. E. Rolvaag, an Augustana Academy graduate and author of the Great Plains novel Giants in the Earth, holds the promise of a "bright, clear sky over a plain so wide."

Included are recollections by founders Herbert Krause, Gary D. Olson, and Sven G. Froiland, a reminiscence of Herbert Krause by former student Jane Torness Rasmussen, remarks on the Center's 25th anniversary by Arthur R. Huseboe, and the dedication of the Fantle Building by Tom Kilian. An account of the work of early co-director William R. "Bill" Wyatt is included in Thompson's narrative.

About the Author: Harry F. Thompson is executive director of the Center for Western Studies.