Are We Ready? Innovators Metzl and Green to Discuss the Future of Genetic Engineering and Preventive Genomics at Boe Forum 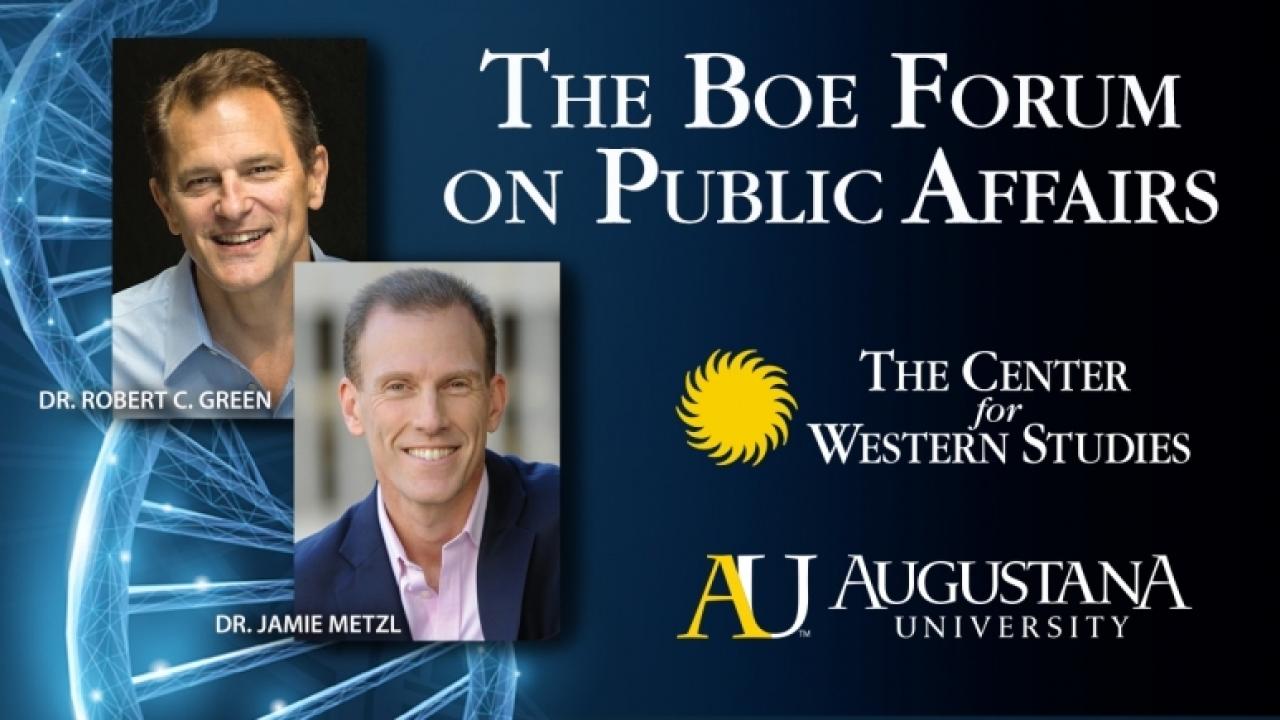 Genetic engineering sounds futuristic and far-fetched to many people, but genetic manipulation is happening — even now. The 24th Boe Forum on Public Affairs, held virtually on March 15, addressed an all-important question concerning preventive genomics and the geopolitics involved: Are we ready?

The event, which was free and open to the public, was presented by Augustana University and the Center for Western Studies. Drs. Jamie Metzl and Robert Green provided insight about not just the technology involved in genetic study and manipulation, but the individual ethics and global politics involved in such endeavors.

Dr. Harry Thompson, executive director of the Center for Western Studies, explains the importance of discussing preventive genomics and genetic engineering, stating that these concepts are “on the cutting edge of technology affecting our everyday lives but (are) not yet common knowledge.”

He adds that, “advances in DNA research, such as CRISPR technology, or genome editing… raise important ethical questions that should be discussed in a public forum.” 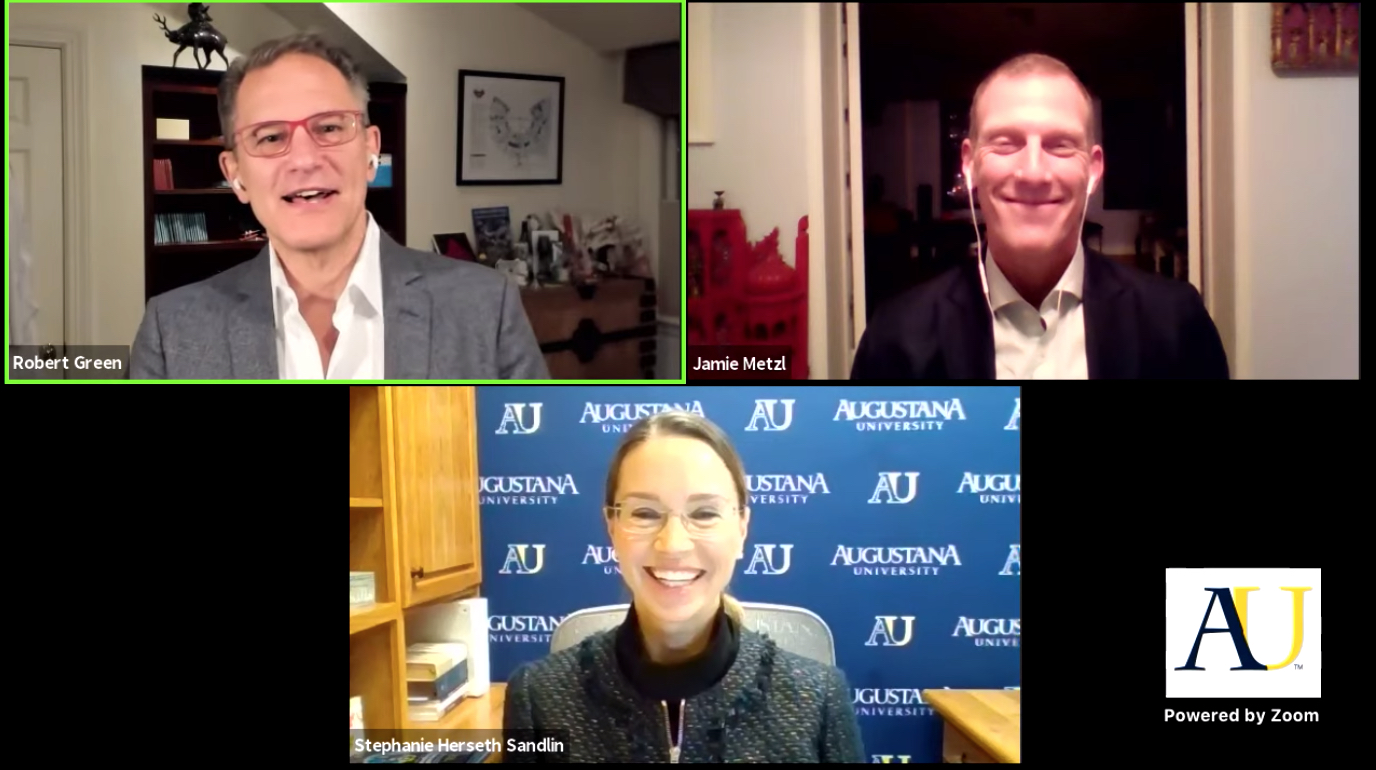 During the discussion, Green emphasized the numerous benefits that genome sequencing and preventive genomics can have for individuals and society. Green is the director of the Genomes2People Research Program at Harvard Medical School and founder of Genome Medical, a telegenomics technology and services company. He led the first clinical trials examining the medical, behavioral and economic impact of comprehensive genome sequencing in adults and newborn infants.

Green predicts that “in the next 5-10 years, genome sequencing… will become significantly less expensive and more accurately interpreted.” 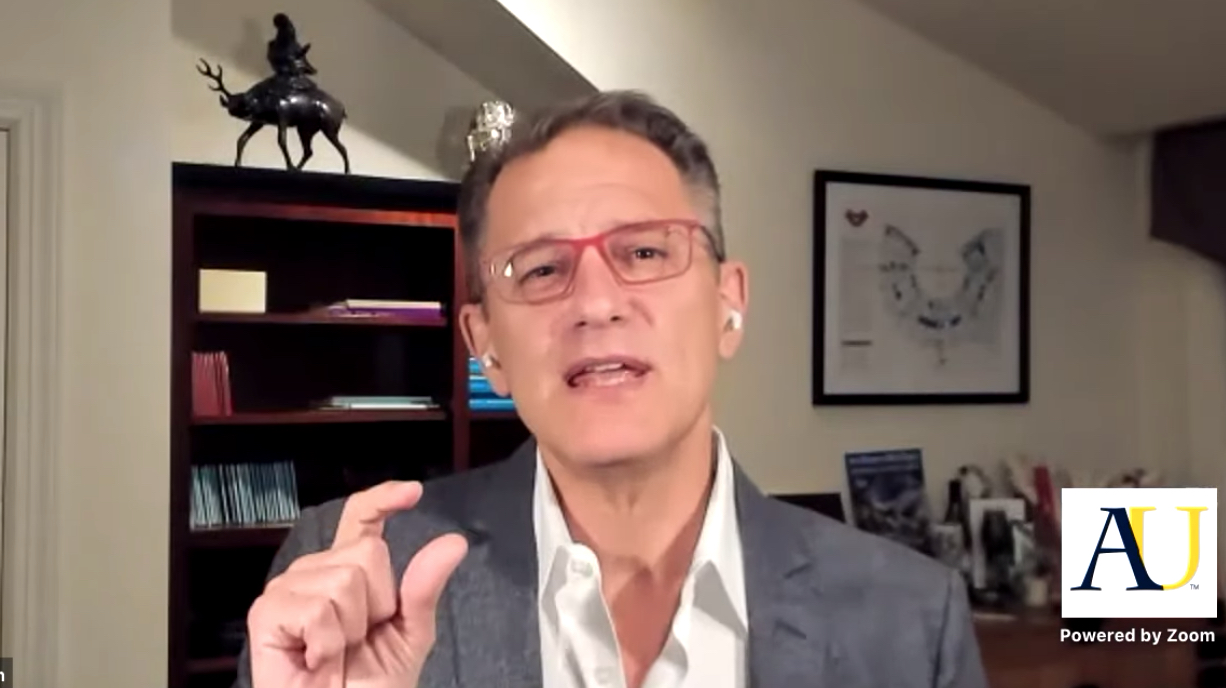 This will allow the practice of medicine to become more preventive than reactive.

“Within 20 years,” he contends, “a number of hereditary syndromes should be entirely avoidable or manageable with a combination of pre-dispositional testing (and) gene editing.”

Green hopes that people take away from this forum, “a sense of positive excitement about the advancements in preventive genomics that they can utilize today, and a sense of wonder and anticipation, mixed with enhanced understanding of the dangers, at the proposition of ubiquitous genome editing.”

While there are certainly risks involved in the development of any new technologies, he states that, “our research suggests that the potential harms of distress, invasion of privacy and discrimination (involved in genetic engineering) have been exaggerated, while the benefits have been consistently underestimated.” 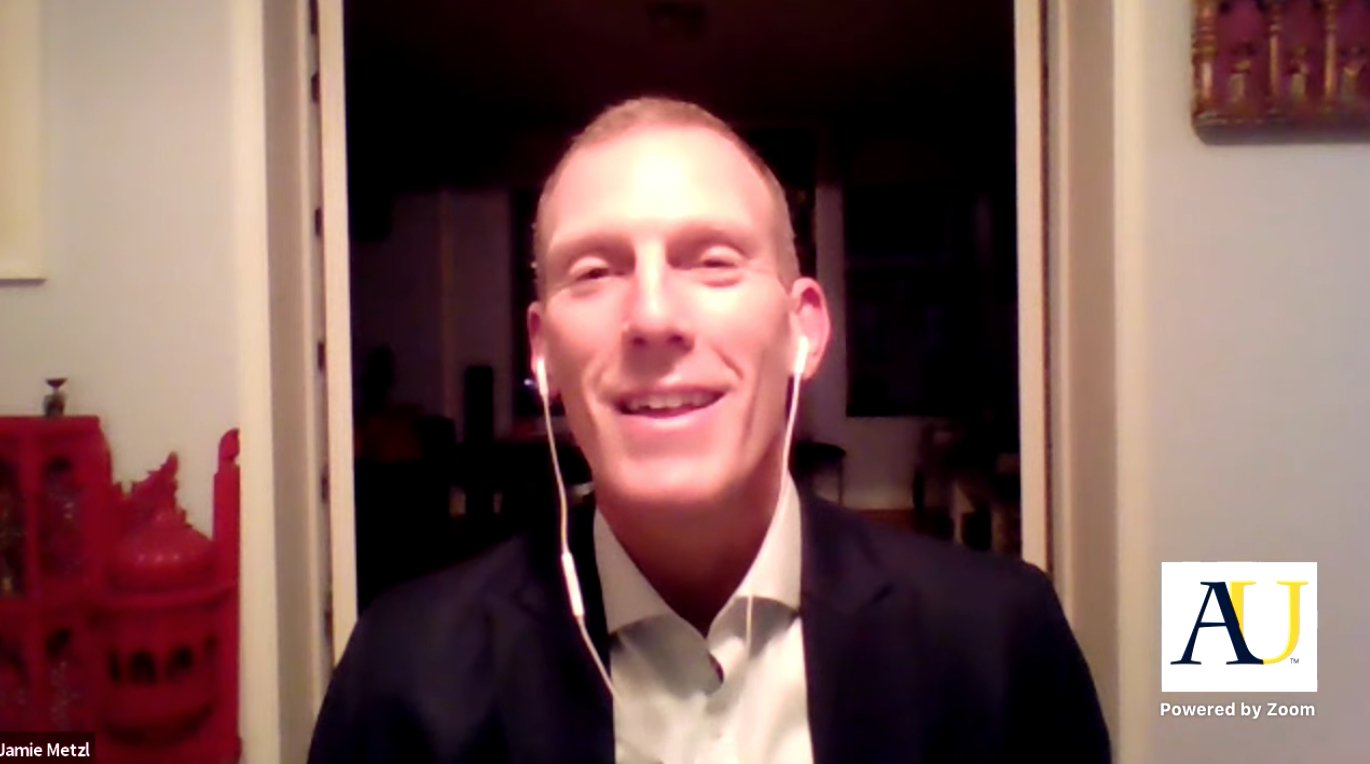 Metzl agrees that genetic engineering has amazing potential, but also wants to remind people that this is not an, “easy, simple, or clear conversation.”

Metzl is a technology and healthcare futurist who has written prolifically about genetic engineering and the possibilities of the future. His most recent book, Hacking Darwin: Genetic Engineering and the Future of Humanity, is earning widespread praise and he is currently writing a piece for the Vatican. Metzl is also part of the World Health Organization International Advisory Committee on genome editing.

Metzl shared his perspective on the global and political ethics involved in preventive genomics.

He stressed that, “the genetics revolution is going to change the way we experience healthcare, the way we make babies, the nature of the babies we make, and ultimately our evolutionary trajectory as a species.”

Because we cannot underestimate the possible impacts of genetic engineering and preventive genomics on everyone, not just scientists, his “mission [is] to bring as many people as possible into the conversation today about how we’d like to build a better tomorrow that works for everyone.”

To further the global discussion, the paperback version of Hacking Darwin includes a reader’s guide and a political guide, which Metzl hopes will, “empower people to lead conversations with their communities and elected officials about how we can struggle with these extremely important issues.”

Following the presentations by Green and Metzl, the speakers responded to questions from Augustana students studying biology, genetic counseling and journalism. Under the guidance of Drs. Lisa Baye and Rosanna Beraldi (biology), Genetic Counseling Assistant Program Directors Becca Loman and Taylor Berninger, as well as Dr. Jeffrey Miller (English and journalism), students discussed and prepared questions for the two speakers. Augustana President Stephanie Herseth Sandlin was the host of the virtual Boe Forum and moderated the Q&A session.

To learn more about the Boe Forum, visit augie.edu/boe.