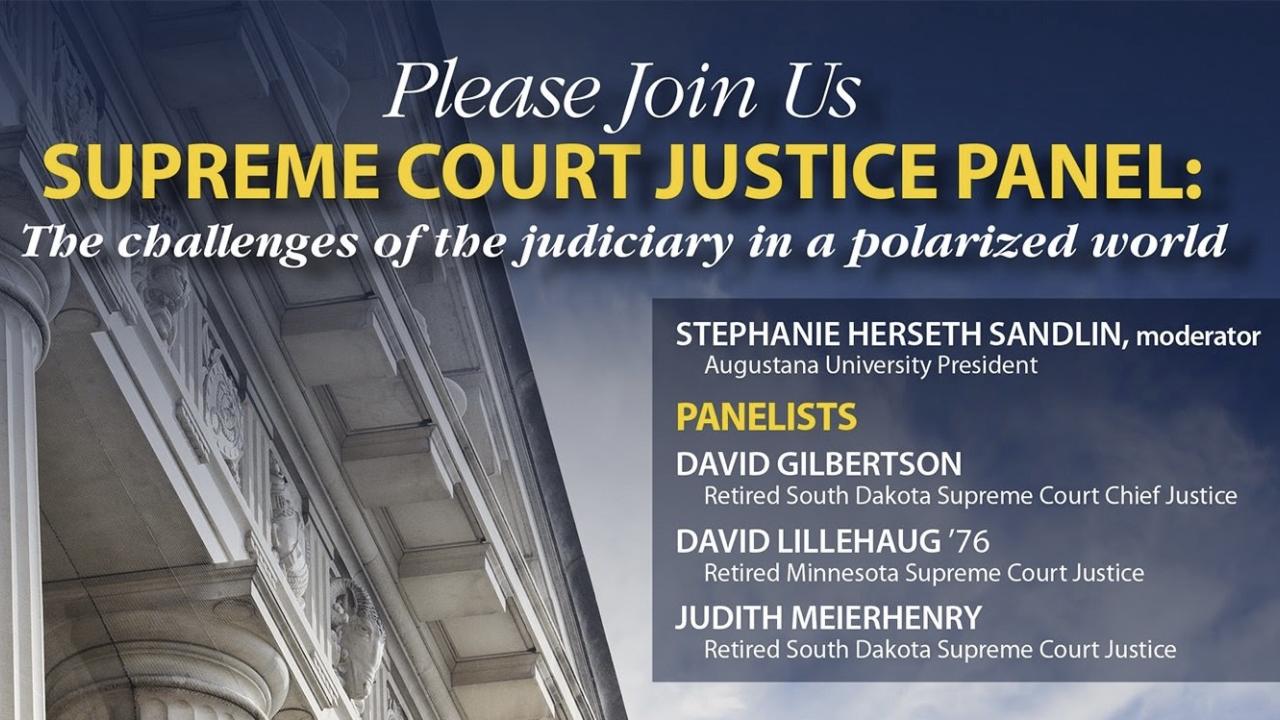 Augustana University’s Alumni Association is proud to announce that it will be hosting a panel discussion at 7 p.m. on Monday, May 2, in Hamre Recital Hall (located in the Fryxell Humanities Center) featuring several former Supreme Court Justices of South Dakota and Minnesota in honor of the late professor emeritus Dr. Peter Schotten. The panel will discuss “The challenges of the judiciary in a polarized world.” 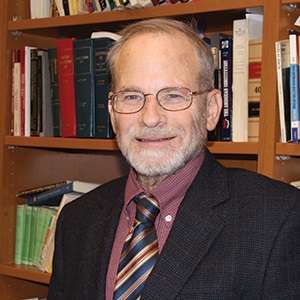 “Dr. Peter Schotten left an indelible mark on Augustana and countless alumni. Following his passing, many expressed interest in an event that would honor his life and legacy. As we considered possibilities, we reflected on Schotten’s appreciation for robust discourse rather than traditional debate. He enjoyed when others, especially students, encountered various educated viewpoints and then had to wrestle with their own views,” said Joel Gackle, Augustana’s senior director of alumni engagement.

“As we discussed possible topics for a special event, we received consistent feedback that there was interest in hearing from judges (currently serving or retired) on the challenges of the rule of law in a polarized world.”

Schotten, professor emeritus of government & international affairs, passed away on Oct. 4, 2021, at the age of 74.

For more than four decades, Schotten taught courses in constitutional law and political philosophy at Augustana. He also served as a pre-law advisor, helping countless students from across disciplines discern if their vocation was law or if their gifts were better aligned elsewhere. He provided rigorous preparation for the LSAT exam, wrote meaningful letters of recommendation and made necessary phone calls to assist students in gaining admission to some of the finest law schools in the country.

The Sanford Health Peter Schotten Endowed Professorship in Government and International Affairs was established in his honor and is held today by Dr. Joel Johnson, professor of government & international affairs.

This event is free, but does require a ticket. Please RSVP at augie.edu/SupremeCourt.