Kendall Cornick Receives Another Top Honor from the NCAA 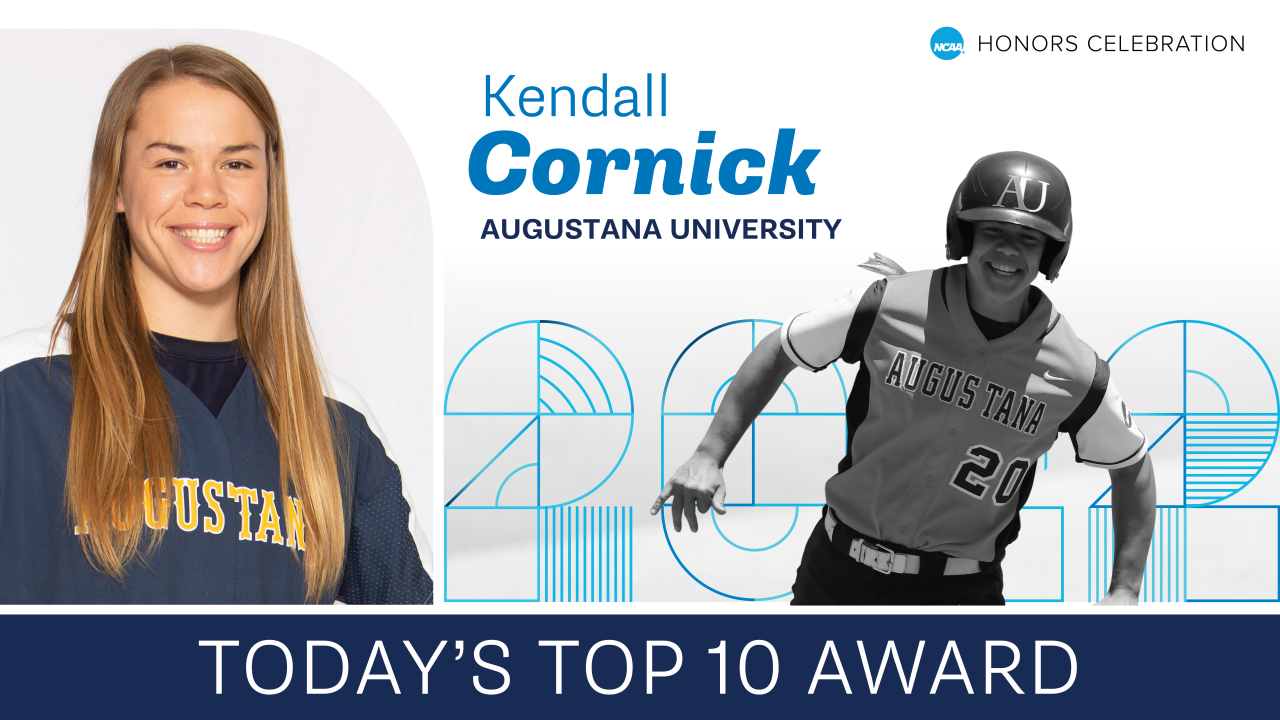 Former Augustana softball student-athlete Kendall Cornick '21 added another national award to her mantle as she has been named a recipient of the 2022 Today’s Top 10 Award, presented annually by the NCAA. The award is the second received by a Viking student-athlete as Augustana becomes just the 14th school to have more than one Top 10 Award winner.

The award recognizes former student-athletes for their successes on the field, in the classroom and in the community. Recipients completed their athletic eligibility during the 2020-21 academic year and will be recognized at the Honors Celebration on Wednesday, Jan. 19, in Indianapolis, Indiana, as part of the annual NCAA Convention. In total, there are more than 460,000 NCAA student-athletes competing across the three NCAA divisions; ten earn the NCAA Today's Top 10 Award.

On the softball diamond, Cornick was a unanimous First Team All-America selection in 2021. Her awards from her senior year included the D2CCA Central Region Player of the Year, a finalist for the Schutt Sports/NFCA Division II Player of the Year and the NSIC Player of the Year. Her senior season saw her record the eighth-highest batting average in school history at .453 while compiling 65 runs — the 10th most in program history. She reached base more often than not, recording a .515 on-base percentage — a mark that is sixth in program history. Her 34 stolen bases are the second most at Augustana.

Off the field, she graduated with a 3.94 GPA, earning her degree in biology and psychology. She was named the NSIC Kelly Scholar-Athlete Award while earning an NCAA Postgraduate Scholarship. As a student research fellow, she analyzed drug targets for medulloblastoma, a common form of childhood brain cancer.

Cornick is currently attending medical school at the University of Iowa.