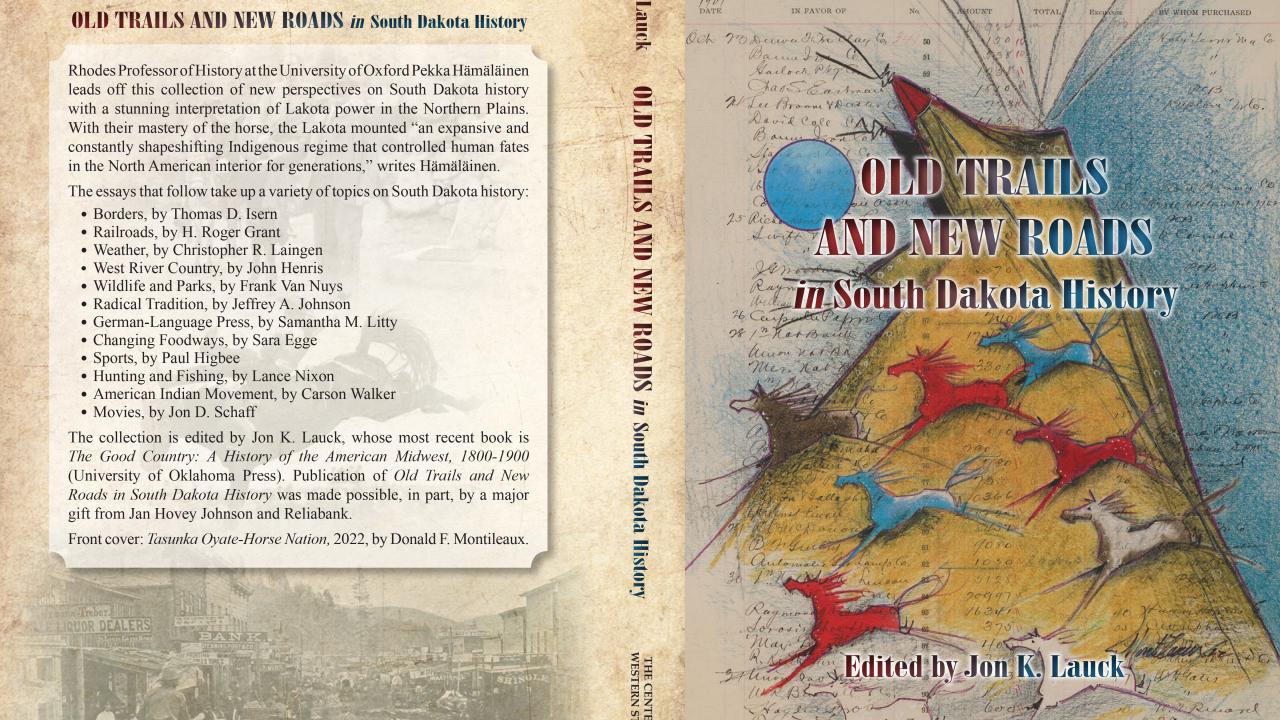 Pekka Hämäläinen, Rhodes professor of history at the University of Oxford, began this collection of new perspectives on South Dakota history with a stunning interpretation of Lakota power in the Northern Plains. With their mastery of the horse, the Lakota mounted “an expansive and constantly shapeshifting Indigenous regime that controlled human fates in the North American interior for generations.”

How the boundaries of South Dakota were determined, what role railroads played in the development of the state and the impact of extreme weather are a few of the topics explored in this 384-page collection.

The CWS has published books about South Dakota and the Northern Plains since 1978. This most recent volume offers the first new book-length interpretation of the state’s history since the center’s 2005 publication of A New South Dakota History, edited by CWS Executive Director Dr. Harry Thompson.

This publication was made possible thanks to a generous gift from Janet Hovey Johnson and Reliabank — supporting the research, writing and editing of the essays. Matching gifts toward the costs of photo selection, designing, proofing and printing from other donors guaranteed that the book would be affordable to a wide range of readers. Educators and the general public are the intended audience.

Lauck’s most recent book is The Good Country: A History of the American Midwest, 1800-1900 (University of Oklahoma Press). The cover artwork “Tasunka Oyate-Horse Nation” is by Oglala Lakota artist Donald F. Montileaux.

The book is illustrated and indexed — available for purchase on Amazon, as well as Barnes and Noble, Zandbroz, the Old Court House Museum and CWS.