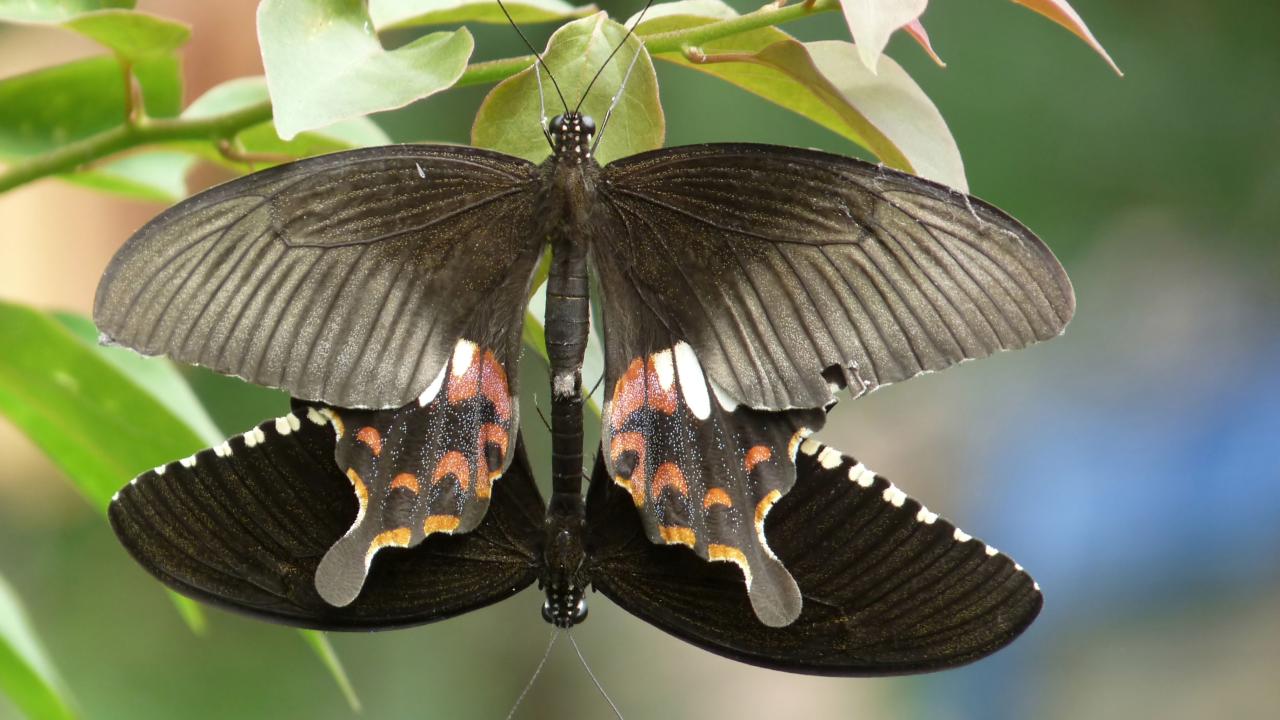 The males of one species of butterfly are more attracted to females that are active, not necessarily what they look like, according to a recent research conducted at Augustana University.

The paper, “Behaviour before beauty: Signal weighting during mate selection in the butterfly Papilio polytes,” found that males of the species noticed the activity levels of potential female mates, not their markings.

The research was published in Ethology, an animal behavior journal.

The females of the Papilio polytes, known as the common mormon butterfly, are unusual because they include two variations, or phenotypes, said co-author Dr. Carrie Olson-Manning, Ph.D. and assistant professor of biology at Augustana University in Sioux Falls, South Dakota. Some females resemble the males of the species with black and white wing patterns. Other females also feature orange markings as part of their wing patterns.

“That was unexpected,” Olson-Manning said. “The results for male choice were different from previous studies where they found that males chose the the mimetic females (the one with orange) over the females that looked like males.”

Olson-Manning was part of a research team that included Dr. Erica Westerman, Ph.D. and assistant professor of Integrative Animal Behavior and Invertebrate Biology at the University of Arkansas.

The research began in October 2016, and was conducted over the next six to eight months. Augustana University students watched groups of Papilio polytes that were introduced to the Butterfly House & Aquarium in Sioux Falls.

Both phenotypes of females were introduced into the butterfly house. Student researchers followed the butterflies to see what they were doing, what they interacted with, when they ate and when they flew, Olson-Manning said.

Prior studies had been conducted with the butterflies in cages, not in a butterfly house, where they had room to be active, she said.

“In these previous studies, the females were always stationary,” Olson-Manning said. “We found that the males courted active male-like females more often than expected given their abundance in the butterfly house.”

“This lets us know a little more about the butterfly, that when any animal is trying to decide which individual to mate with, they have to take in a lot of signals,” Olson-Manning said. “And what we found is that it’s really complicated. They’re not just looking at, ‘Oh, what does it look like? What is it doing?’ They’re kind of weighing those signals. It speaks to to the larger field of mating choice or animal behavior.”