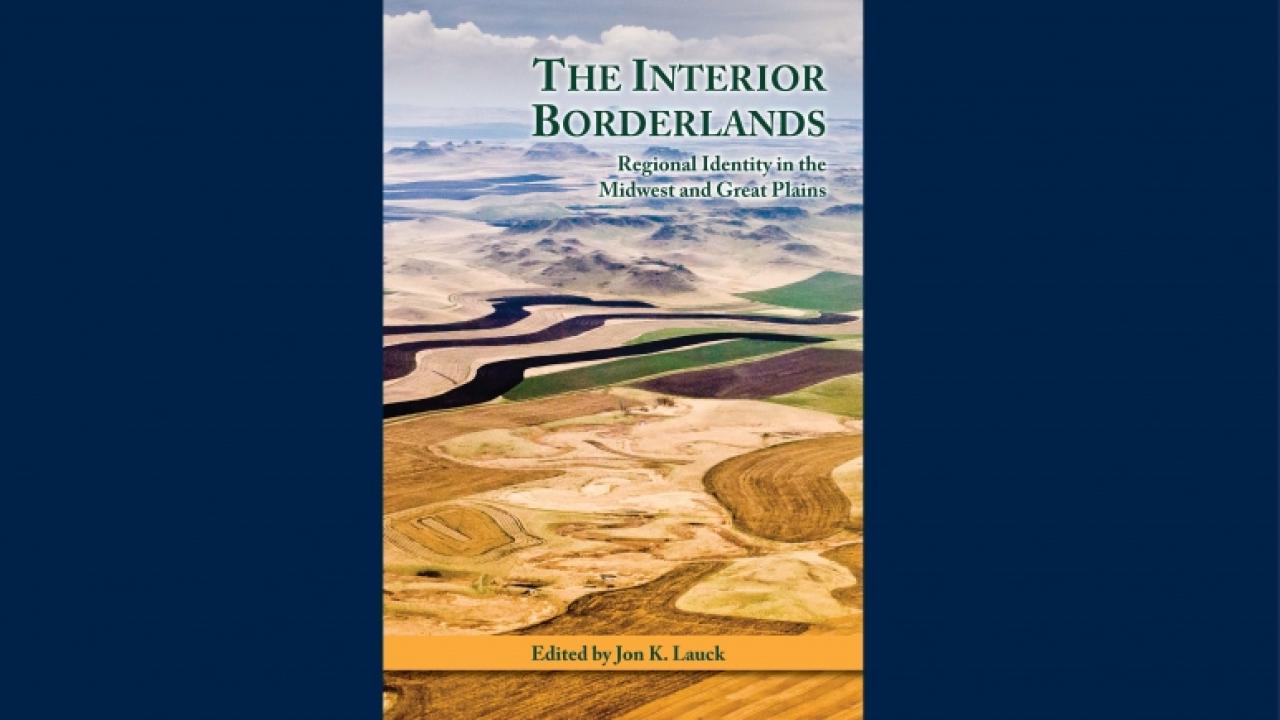 The Interior Borderlands: Regional Identity in the Midwest and Great Plains has been named a Midwest Book Awards winner in the History-General category. The 30th annual Midwest Book Awards winners were announced on Saturday, June 27, during a regional online watch party. The awards program, organized by the Midwest Independent Publishers Association (MiPA), recognizes quality in independent publishing in the Midwest.

Edited by founding president of the Midwestern History Association Jon K. Lauck, “The Interior Borderlands” explores questions of geographical and cultural significance to the Midwest and Great Plains. The book is a collection of 20 essays plus a preface, “West from Here,” and introduction, “Crossing the Line: In Search of the Midwest/Great Plains Borderlands” by Thompson and Lauck, respectively. Lauck is also editor of the journal Middle West Review.

The 2020 Midwest Book Awards was open to books published and copyrighted in 2019 in MiPA’s 12-state Midwestern region: Illinois, Indiana, Iowa, Kansas, Michigan, Minnesota, Missouri, Nebraska, North Dakota, Ohio, South Dakota and Wisconsin. This year’s competition garnered 221 entries in 31 categories, which were judged by a panel of 99 librarians and booksellers from every state in the Midwestern region. John Wunder of the University of Nebraska, calls this book “special” and notes that it “rivals any and all other North American regional writings. Don’t miss it!” Western historian Richard W. Etulain says this collection “provides another notable contribution to our burgeoning understanding of the American Midwest” and is “a strong source for all readers.”

Founded by English professor and writer-in-residence Herbert Krause in 1964 and officially established by the Augustana Board of Trustees in 1970, the Center for Western Studies is celebrating its 50th year in 2020.  It is one of the earliest regional studies centers in America. Today, in addition to research and publishing, the Center is the sponsor of the Boe Forum on Public Affairs, Dakota Conference on the Northern Plains, and Artists of the Plains.

About the Midwest Book Awards

Midwest Book Award winners are typically announced every year in Minneapolis at the awards gala, but observing the travel restrictions caused by COVID-19, the Midwest Independent Publishers Association (MiPA) hosted a free online watch party on Facebook. The Midwest Book Awards, which began in 1989, is organized by the Midwest Independent Publishers Association. Founded in 1984, MiPA exists today as a vibrant professional nonprofit association that serves the Midwest independent publishing community through education, networking, and peer recognition. For a complete list of finalists, visit mipa.org/midwest-book-awards. Follow @MIPAMidwestBookAwards on Facebook.