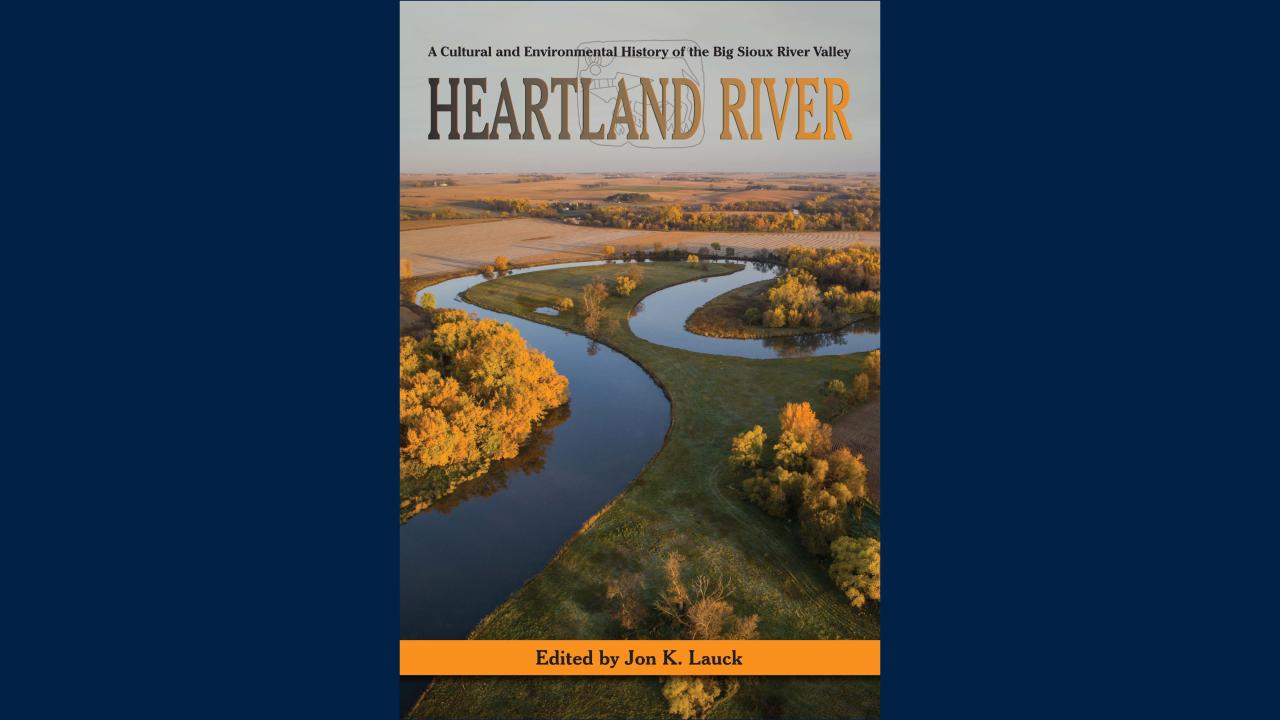 In his introduction to Heartland River, Midwest/Great Plains historian and son of the Big Sioux River Valley, Lauck wrote, "Recognizing the Big Sioux River is not only a critical exercise in finding a place in an increasingly digital and placeless world, but also an important exertion of cultural identity, a quest for the recognition of a lost watershed in the center of our nation during an era when the coasts dominate our society and the American interior remains neglected."

In the 19 essays that follow, readers will find a cornucopia of delights and warnings. From "A River Through Time" to "Don't Drink the Water," for example, the writers document early river cultures and bacterial contamination today. The collection's six sections cover nearly every conceivable aspect of this 420-mile-long prairie river dividing South Dakota and Iowa and Minnesota, as well as a major tributary to the Missouri River, never before the subject of a book.

Recent books by Jon K. Lauck are From Warm Center to Ragged Edge: The Erosion of Midwestern Regionalism, 1920-1965 (2017) and The Lost Region: Toward a Revival of Midwestern History (2013). He is also editor of The Interior Borderlands: Regional Identity in the Midwest and Great Plains (2019), winner of a 2020 Midwest Book Award and co-editor of The Plains Political Tradition: Essays on South Dakota Political Culture (2011, 2014 and 2018).

For more information on Heartland River and other books published by the CWS, visit augie.edu/CWS.

Founded by English professor and writer-in-residence Herbert Krause in 1964 and officially established by the Augustana Board of Trustees in 1970, the Center for Western Studies celebrated its 50th year in 2020.  It is one of the earliest regional studies centers in America. Today, in addition to research and publishing, the Center is the sponsor of the Boe Forum on Public Affairs, Dakota Conference on the Northern Plains, and Artists of the Plains.