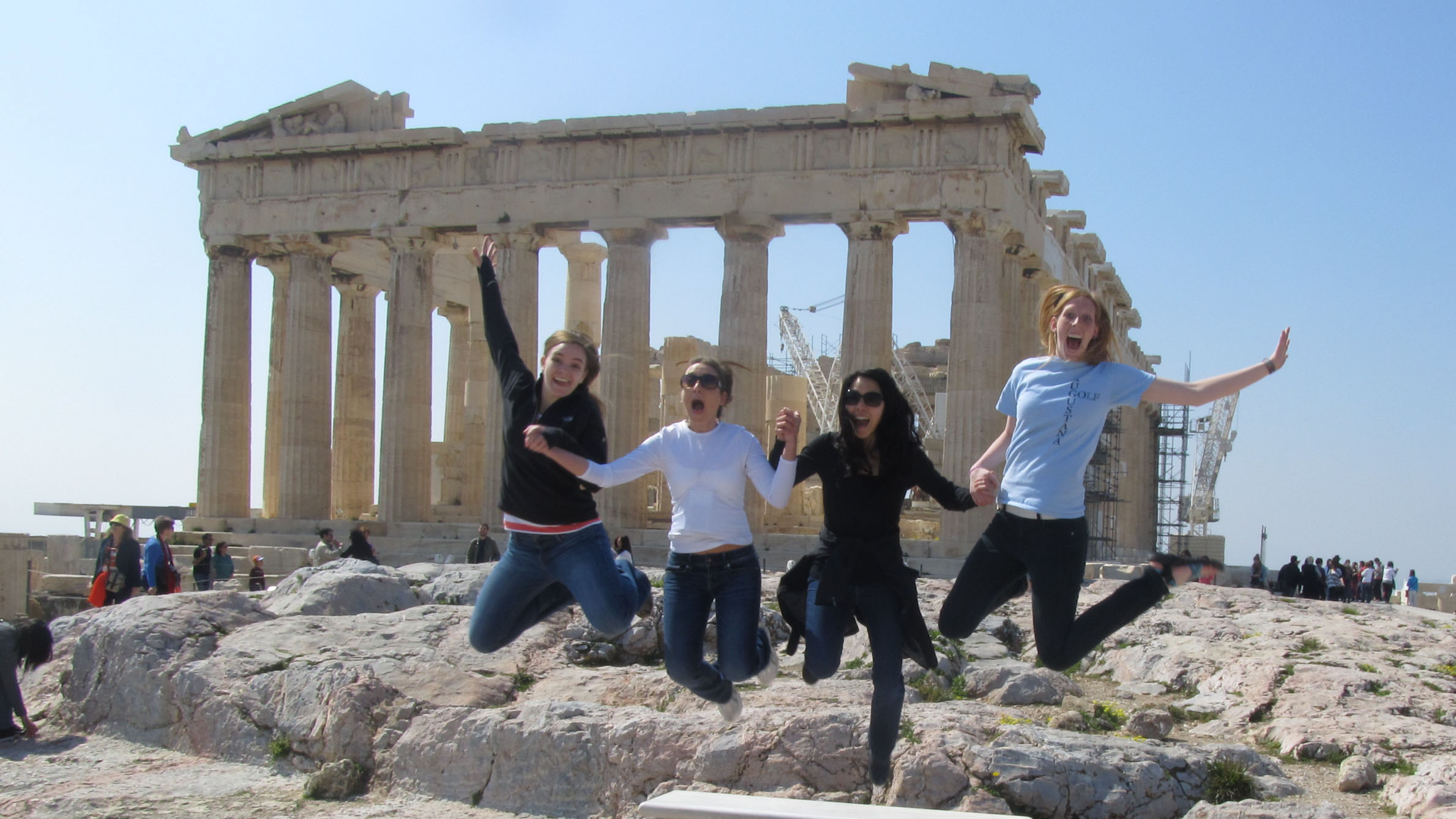 Augustana University regards the whole world as its classroom because interpersonal and intercultural relations are a vital aspect of a student’s education. Students may select year-long, semester, January Interim and short-term programs. Credit earned in an approved study-abroad program is accepted just like credit earned on campus.

We seek to strengthen your understanding of regions and cultures outside of the United States and to increase your awareness of the effects of globalization so that you can assume a leadership role in the global community. If you know you want to study abroad for at least a semester, then this second major may be right for you.

Course descriptions and requirements for the International Studies major are available in the Undergraduate Catalog. The international studies major is designed to be complementary to other majors, and can be earned only as a second major; it may not be the student’s sole major.

A core foundation in world history, cultures, religions, and foreign language proficiency is stressed, as well as a broader set of elective coursework. Students are also asked to spend at least one semester studying overseas. View a detailed list of course requirements, including Tracks A and B.

Read more about our learning environment. 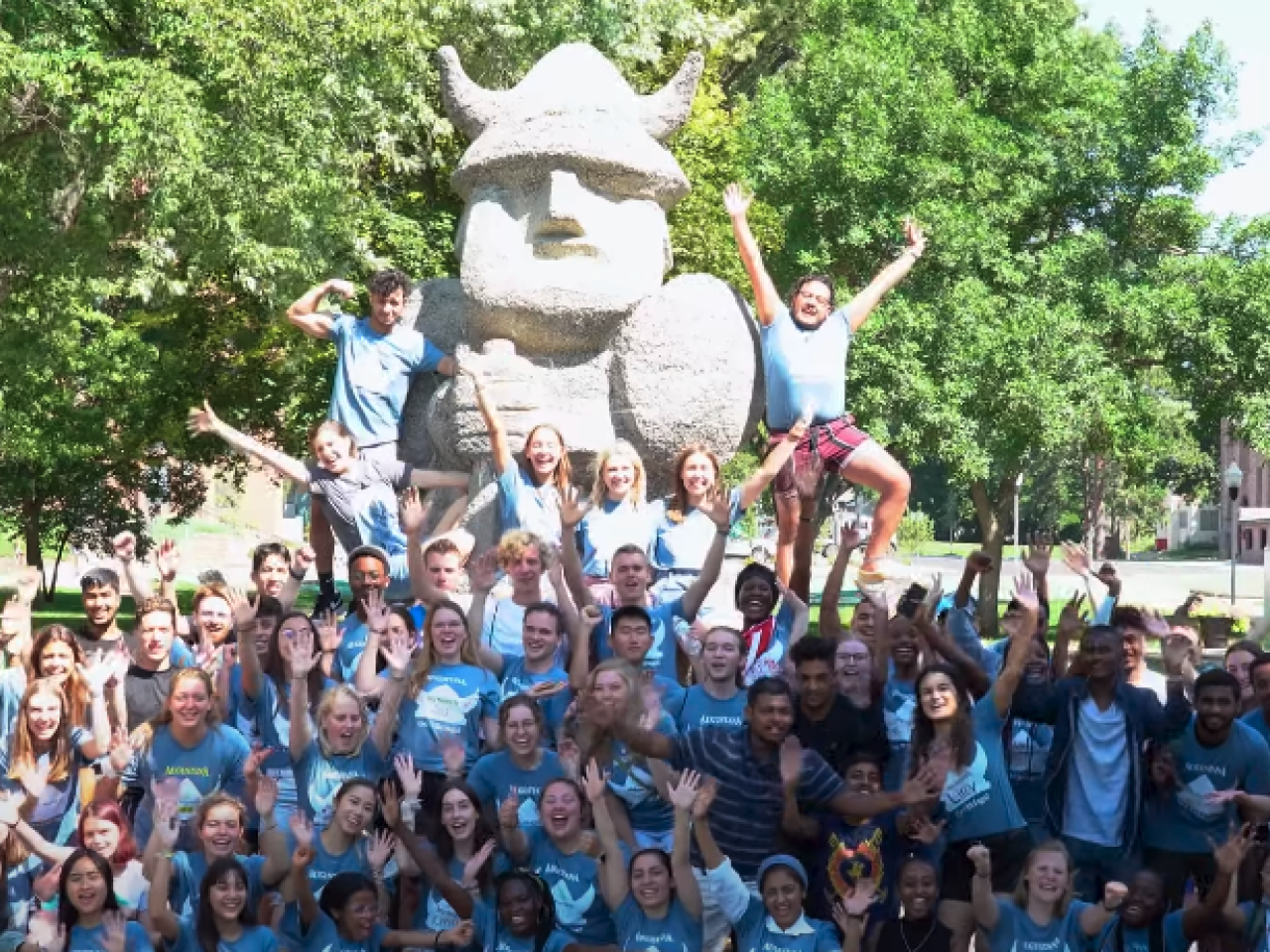 A number of exciting internships are available to international studies majors, including many state and local opportunities. Students have the opportunity to work on issues important to them and to develop and cultivate contacts that often turn into full-time jobs. Internships provide employers with an excellent opportunity to assess the attitude, skills, and quality of student interns.

Internships through the Washington Semester Program could be with a member of a non-profit organization, a lobbying firm, a public interest group, or the Washington office of a religious denomination, museum, or theatre.

A variety of other internships are also appropriate for international studies majors. Recent examples include internships at:

More about real-world experiences through the international studies department. 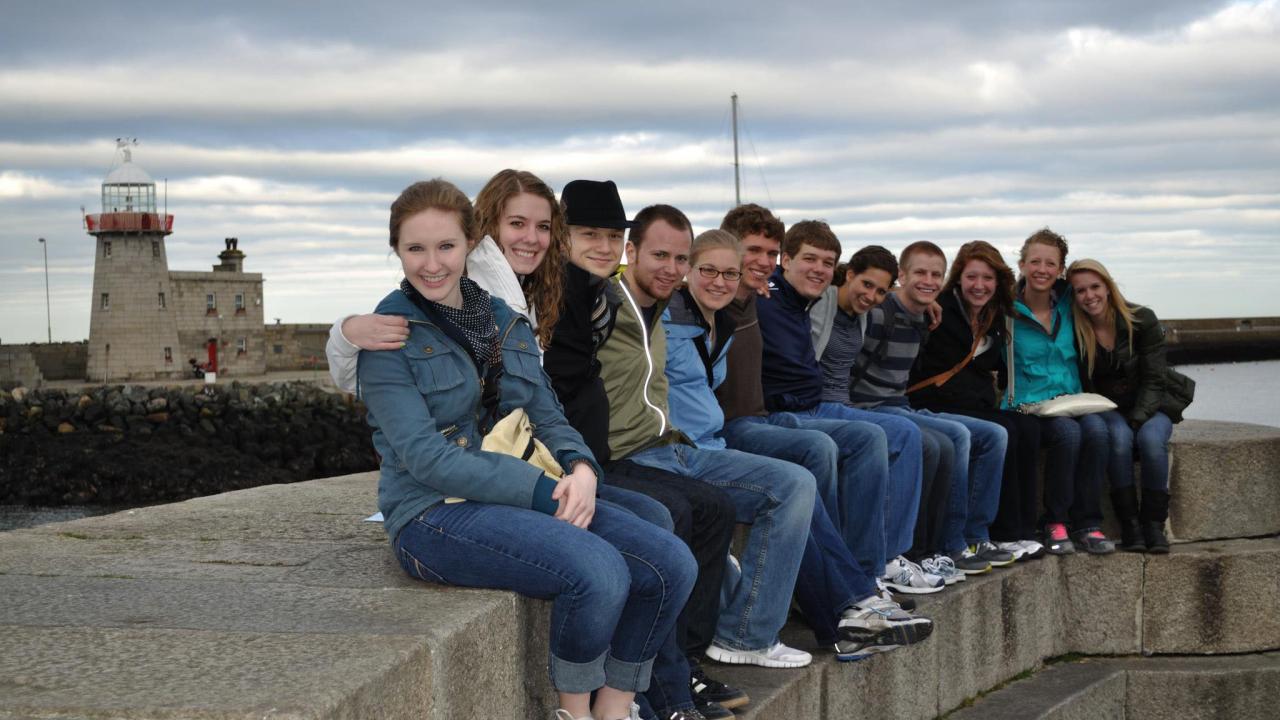 In addition to the required semester abroad, the University offers numerous short-term courses abroad, led by Augustana faculty. View a list of the upcoming short-term, faculty-led courses that enable all students to consider studying abroad — regardless of a student's major requirements or extracurricular commitments.

Augustana has an extensive global network of partners that gives students an enriched variety of opportunities.

Find out what can you do with this experience when you graduate.

Dr. Michael Nitz (Ph.D., Arizona) is an associate professor in the Department of Communication Studies and coordinator of Norwegian programs. He teaches the basic course in communication, as well as research methods, public relations, persuasion, mass media effects, campaigns, and international communication. He is a Fulbright Scholar whose research interests are in international media coverage of political and environmental issues, as well as the role of late-night television comedy in the political process. He recently received Augustana’s Jane Zaloudek Research Fellowship Award for work on Norwegian/German media coverage of the U.S. Presidential election. He is the campus advisor for Public Relations Student Society of America (PRSSA) chapter and has led several international public relations courses in Europe.

Dr. Fish received his Ph.D. from the University of Wisconsin. He teaches all levels of French language and Francophone cultures and literatures in the department's French program, and also leads a spring-break course to Paris. His primary research interests include André Gide, autobiography and autobiographical theory, seventeenth-century theater, and postcolonial Central and West African cinema. He has published articles and given conference presentations on Gide and Beckett. Dr. Fish has earned many awards for teaching including the first Outstanding Faculty Recognition Award given by the Augustana student body, and the 2006 Teacher of the Year Award from the South Dakota World Languages Association. Besides teaching at Augustana since 1995, Dr. Fish also serves as the National President of Pi Delta Phi, the National French Honor Society, and is a past president of the South Dakota chapter of the American Association of Teachers of French.

Dr. Dondelinger received his Ph.D. from Pennsylvania State University and teaches the department’s courses in comparative politics and international relations. He brings an unusual combination of background and skills to the department. He was born in Luxembourg and before becoming a U.S. citizen, he twice served as a member of the Luxembourg Mission to the United Nations. In addition to his native tongue, Luxembourgish, he speaks English, German and French fluently, and he is proficient in Russian. Besides teaching at Augustana, since 1985 Dr. Dondelinger has regularly offered courses for senior U.S. government executives at the prestigious Federal Executive Institute in Charlottesville, Va., first on Soviet and Russian politics and, since the late 1990s, on racial, ethnic, religious, cultural and nationalist conflicts. Dr. Dondelinger is the campus representative for the Truman Scholarship. His advising interests focus on careers in the foreign service and in international affairs.

In over twenty years at Augustana, Dr. Sorenson has taught a wide variety of courses in the Mathematics department, as well January term courses in international relations and genealogy research. His research is in abstract algebra. He received his Ph.D. from Kent State University. Dr. Sorenson is an enthusiastic bridge player; he and his wife have spent many an evening in fierce competition with the Smiths.