Stallions and Mares: Legends of the Plains

The exhibition is free and open to the public. Viewing hours are Monday–Friday from 8 a.m. to 5 p.m. The exhibition is located in the Madsen/Nelson/Elmen Galleries of the Center's Fantle Building at 2121 South Summit Avenue, Sioux Falls, SD.

The history of the Northern Plains cannot be told without the presence of the horse. Reintroduced to North America by European explorers in the late 1400s, horses quickly became prized animals to Native Americans and European settlers. Since their return to the plains, horses have solidified themselves as a crucial component of our life and culture. 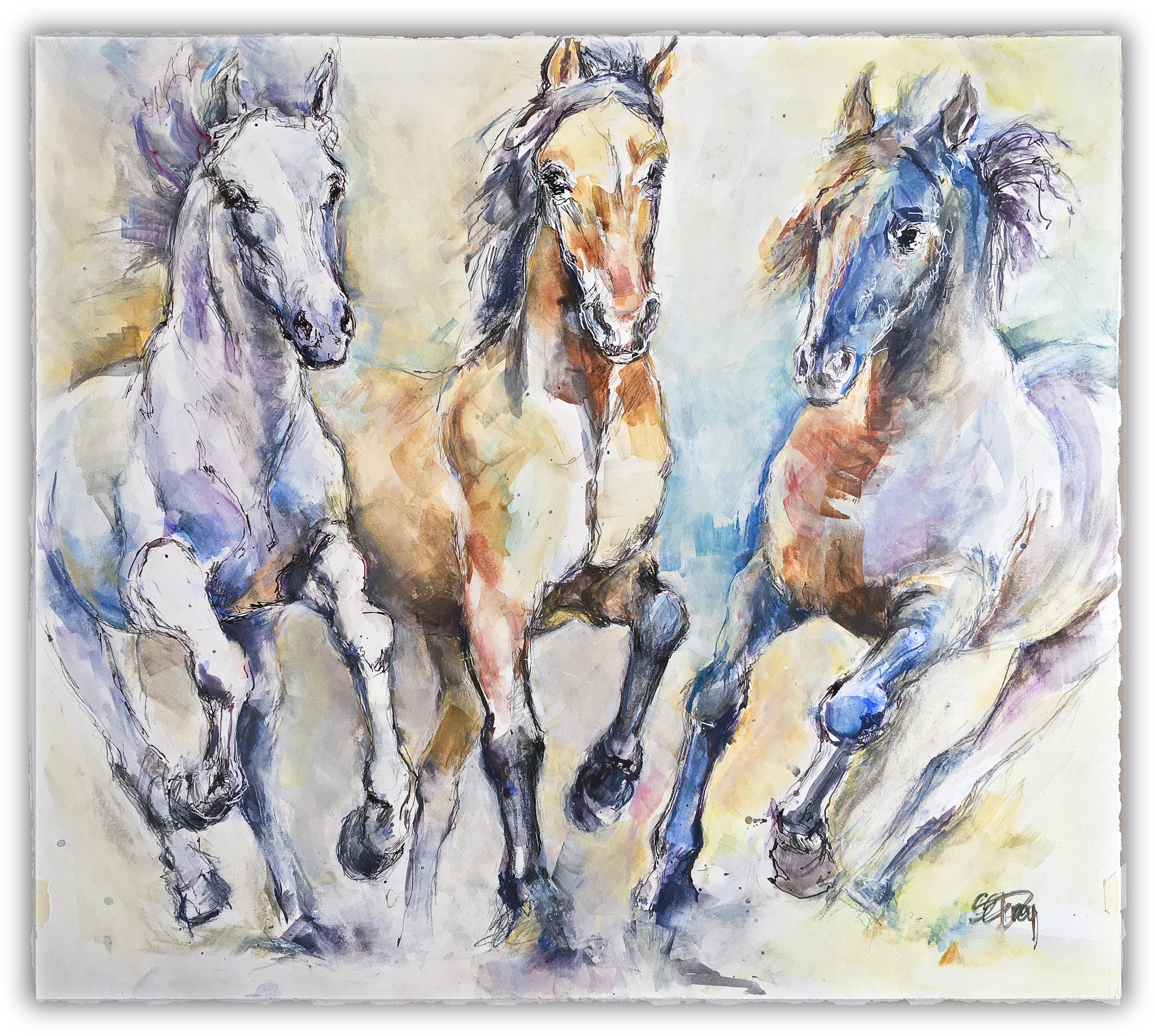 Artwork from the Northern Plains region reflects this importance. Dating back centuries, horses have often been the primary subject of regional artwork. "Stallions and Mares — Legends of the Plains" is a juried art exhibition featuring 47 equine-themed works by 39 artists.

The Center has several display cases throughout the galleries that exhibit materials on a variety of changing themes. The current exhibits are:

Brothers Walter Nelson (1900-1988) and Clarence Nelson (1897-1918) of Sioux Falls served in Troop A, 1st South Dakota Cavalry during World War I. Clarence died of influenza while at training camp, but Walter ultimately served overseas in France. Following his return to Sioux Falls, he joined with several other veterans to form a Last Man Club to organize unit reunions. A highlight of this exhibit about the brothers' service and the veterans organization is the (now empty) brandy bottle club members purchased in 1935 to be enjoyed by the last surviving member. This exhibit was created by CWS intern Marcella Baldwin.

Augustana in the Second World War

As the events of Pearl Harbor thrust the United States into the Second World War, colleges and universities became hotbeds of war-related changes, and Augustana was no exception. This exhibit by CWS intern Ailin Montgomery discusses life on the campus home front, including the war's effects on enrollment, the academic calendar, coursework, and students' extracurricular activities.

On the Air with Your Neighbor Lady

Wynn Hubler Speece, better known as "Your Neighbor Lady," was a popular radio program host on Yankton's WNAX radio station for more than 50 years. In conjunction with this year's Dakota Conference theme of "Radio Comes to the Northern Plains: From Wireless to Wi-Fi," this exhibit by CWS Intern August Brown explores Speece's life and the regional impact of her daily homemakers program during the second half of the twentieth century.

The Ingalls Family in South Dakota

Many Midwesterners are proud to claim their state as the "official" home of famed writer Laura Ingalls Wilder, including South Dakota. During the latter half of the 19th century, the Ingalls family moved from Wisconsin to Kansas, Minnesota to Iowa, and finally to the Dakota Territory. Though Laura would later move to Missouri, she based four of the nine books in her children's series on her family's time in the area which would later become known as De Smet, South Dakota. Explore the locations of Wilder's real-life experiences as a Dakota pioneer in this exhibit by CWS Intern PattyJo English.