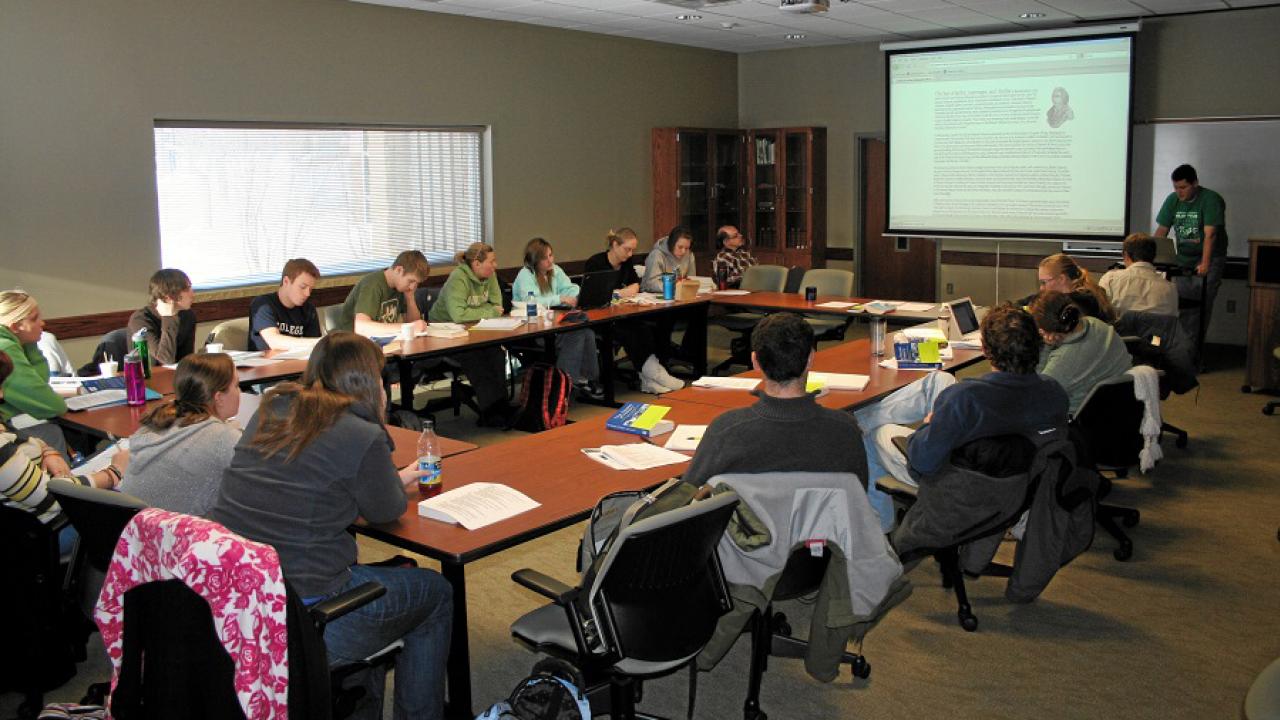 The northern Great Plains became the home of Augustana University in 1881 when Norwegian-American pioneers moved west to Iowa and then, in 1883, across the Big Sioux River into Dakota Territory. This region, which we call the Northern Plains, is comprised of South and North Dakota, Nebraska, and parts of Minnesota, Iowa, Wyoming, and Montana. Today, more than 90% of Augie students call the Plains home, and the majority of graduates remain in or eventually return to the region, yet few of them have actually studied this part of the United States. Augustana University and the Center for Western Studies offer Northern Plains studies programming and resources for the benefit of students and the greater community.

Students with an interest in learning about the northern Great Plains are particularly encouraged to take one or more courses that relate directly to the region. In fact, Augustana offers an interdisciplinary minor in Northern Plains Studies which was initiated by the Center for Western Studies in 2003. Course descriptions and requirements for the Northern Plains Studies minor are available in the Undergraduate Catalog. Many of these courses also fulfill requirements for the major/minor in American Studies.

In addition to proposing the Northern Plains Studies minor, Dr. Thompson's report provides a history of Augustana’s engagement with the region.