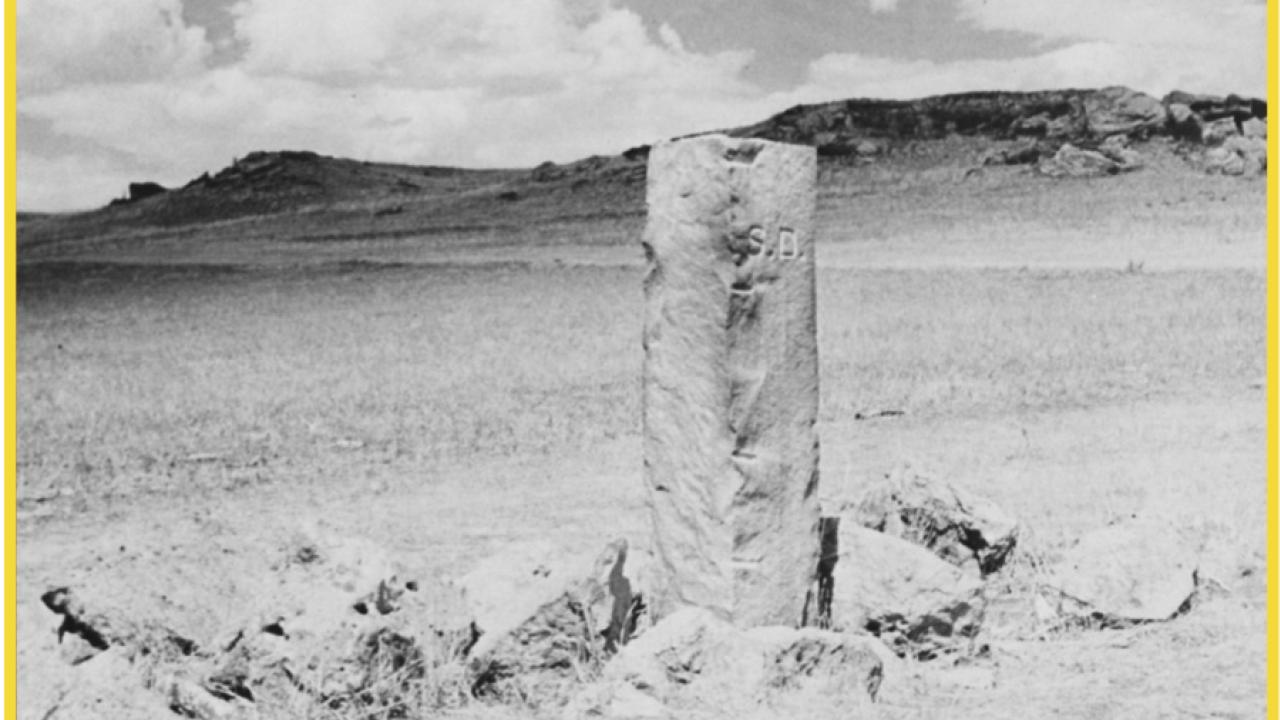 Back by popular demand!

Based on the author's exhaustive research of Bates' survey notes and his correspondence with the Interior Department and the General Land Office, "The Quartzite Border" reveals the political machinations of U.S. Senator Richard F. Pettigrew, who attempted to prevent Bates from securing the contract to make the survey, and afterwards sought to discredit his work. Using photographs, maps, and drawings, Dr. Iseminger provides the historical context of the survey, giving special attention to the struggle for statehood, the science of surveying, the stone industry in Sioux Falls, steamboating on the Missouri River, and life in the small towns that bordered the seventh standard parallel two years after statehood.

Yet "The Quartzite Border" is more than an account of Bates' survey and early statehood times. It is also an impassioned plea for the preservation of the markers.

"[The markers] speak of a restless westering urge and the establishment of twin states where there was once a single territory; they speak of the confident expectations that the unsettled portions of the Dakotas would be filled by eager home seekers who would find the marked boundary to be of special utility as they located their claims; they speak of budding industries in established cities like Sioux Falls and of high hopes for fledgling communities like Winona, White Rock, and LaGrace; and they speak of a vast expanse of virgin prairie across which people had to transport themselves and their goods by railroad, steamboat, and teams and wagons."
— Gordon L. Iseminger

The second printing of "The Quartzite Border: Surveying and Marking the North Dakota-South Dakota Boundary, 1891-1892" nearly twenty years after its first publication will be welcomed by those who have been unable to obtain copies because the book has long been out of print. Several corrections have been made to the second printing.